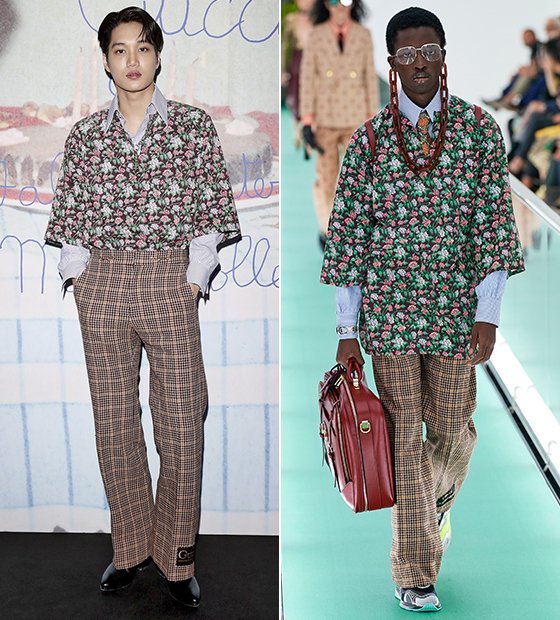 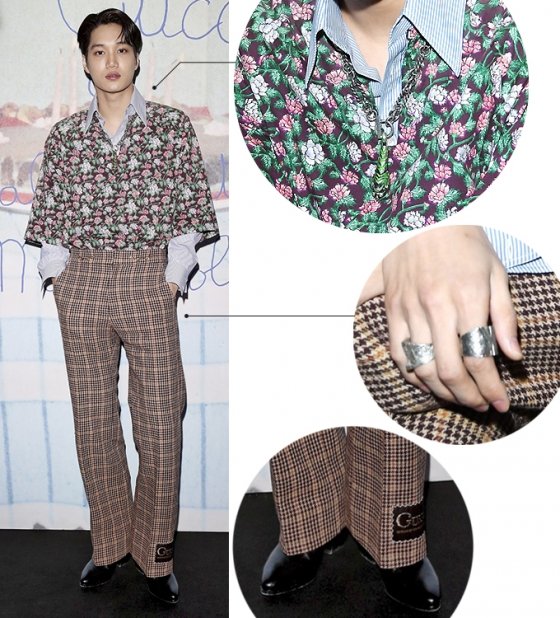 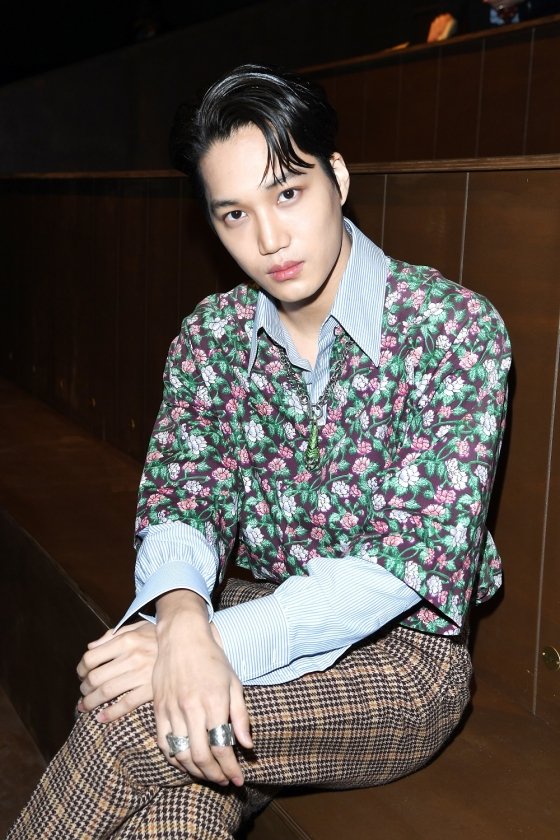 Article: EXO Kai transforms into ‘Human Gucci’… what was the runway look?

1. [+1,058, -158] That outfit only gets a pass because it’s by Gucci but if you honestly saw it hanging at some street market, you wouldn’t think twice. What a bizarre look…

3. [+678, -165] Sure, Kai can pull it off somewhat, but this retro look better not start trending this spring. I won’t be able to stand kids wearing this stuff around on the streets.

5. [+152, -17] His face still beats out the flashiness of the look. There’s a reason Gucci has consistently hired him as their ambassador.

6. [+148, -13] Kai is Gucci’s first Korean global ambassador. I honestly think he’s the most successful in the fashion industry.