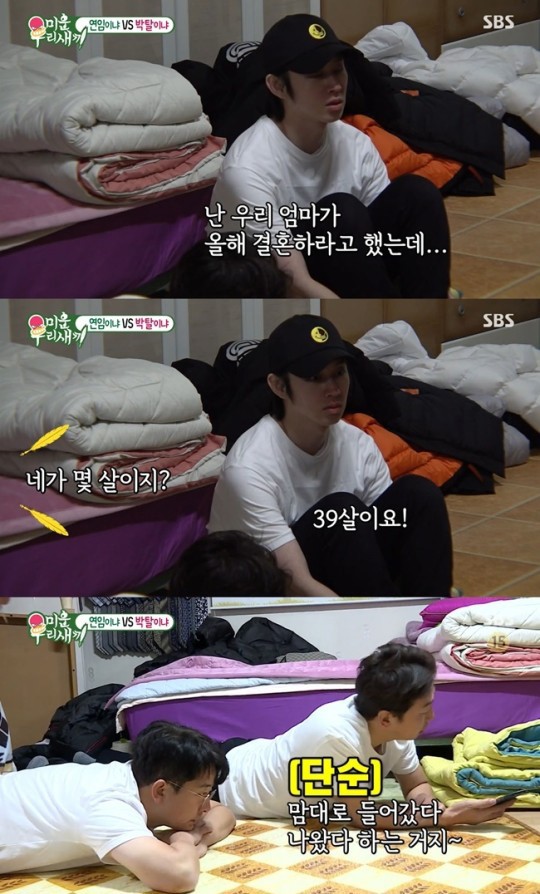 Article: Kim Heechul, who’s currently in a ‘public relationship’, when asked about marriage plans… “within the year”

3. [+345] Don’t misinterpret his words. He was asked on the show when he was planning to get married and he said that his mother wanted him to get married this year but he didn’t have any thoughts about it.

4. [+233] Well does Momo want to quit Twice and marry you? Why does it feel like he’s trying to pressure her by leaving crumbs in the media like this? Kim Heechul may be in a rush for marriage but Momo’s in no rush at all.

6. [+151] I think it’s rude of him to talk about marriage at all when he’s in a public relationship with an idol who’s still in the business. Sure, they can talk about it all they want in private, but now thanks to what Heechul said, antis are starting rumors that Momo is leaving the group this year to get married (yes, I realize the problem here is the antis). Please exercise more caution since you’re in a public relationship. As a fan, I just can’t stand to see my favorite celebrity get hate. I’m sorry.

7. [+86] He said that his mother wanted him to get married this year, not that he wanted to. The article title is misleading.