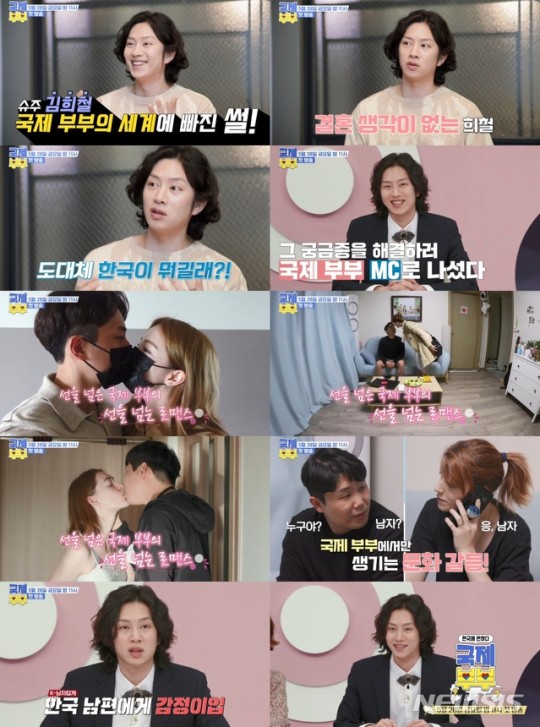 Article: Kim Heechul honestly answers “I have no plans for marriage at all” despite being in a public relationship

1. [+819] Well if he said he had plans for marriage, reporters would be all up in his case about it… I think he’s being considerate of her since there’s an age gap and all. It’ll be stressful for him no matter what he says since he’s a public figure…

2. [+588] Twice’s contracts are up for renewal next year and people are already starting to say stupid crap like “Momo probably won’t renew”. This is the best response Kim Heechul could’ve given in consideration for Momo. He would’ve gotten sh*t even if he said he did have plans for marriage.

3. [+357] I feel like Momo would have even less plans for marriage than him

4. [+182] Honestly, I don’t think either of them is dating the other with marriage plans in mind. They could’ve already broken up, too. Talks of marriage doesn’t seem realistic.

6. [+70] What’s with all this hate anyway? Marriage is a personal subject, and it’s not like he said he hates Momo or anything, it’s just his opinion;;

7. [+60] I think he gave a good response all things considered. No need to get all feisty with him saying “Momo probably has even less plans for marriage” ㅋㅋㅋㅋㅋ

8. [+19] A realistic response in consideration for his girlfriend

10. [+12] People can have different opinions on dating and marriage… just let him say what he wants, no need to use it as bait for hate.