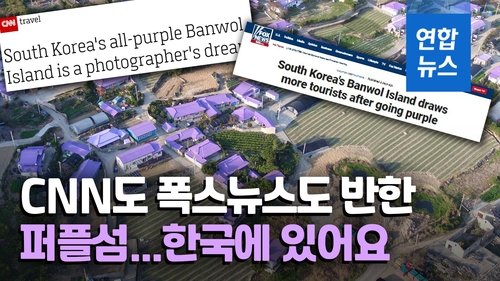 1. [+3,288, -112] The headline shouldn’t be that the foreign media has fallen in love with Shinan’s ‘purple island’ but that the foreign media is appalled by the gang r*pe of a female teacher on the island. Just because it’s been five years since the scandal doesn’t mean that the public has forgotten about it. It’s obvious that this purple island stuff is the result of media play but none of this will make us forget.

2. [+3,065, -76] The island is infamous for kidnapping slaves for their salt ponds and for the gang r*pe of a female teacher. They’re doing all this just to bury those scandals in the ground. The foreign media should know that too.

3. [+153, -1] Seems like the foreign media doesn’t have any idea that the island is infamous in Korea for being the Bermuda triangle ㅋㅋ

5. [+141, -1] Not only was it shocking that they forced the very teacher who teaches their own children to drink alcohol so they could gang r*pe her but I was even more shocked to find that the entire town was angrier at the teacher than the r*pists. They’re a good example that the elderly need to die off if they’re starting to spout nonsense ㅋㅋㅋㅋㅋㅋㅋ

7. [+128, -1] Someone could give me a whole house for free there and I’d refuse. The people who live there give me more goosebumps than actual criminals~

11. [+84, -1] Anyone who wants to visit that better say your farewells to your family and friends before going