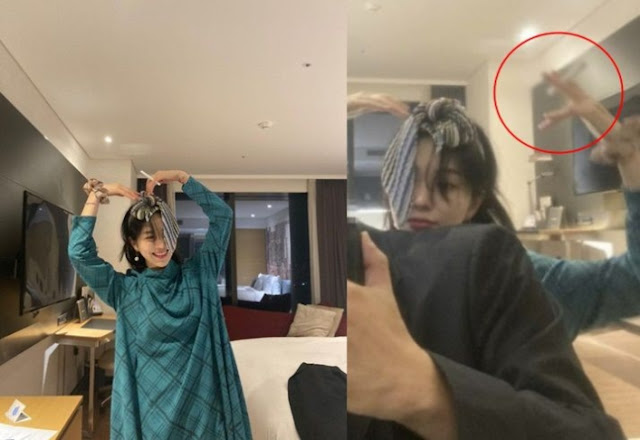 Article: Kwon Mina under controversy for smoking in hotel room with boyfriend… deletes picture once controversy is sparked

2. [+1,063, -13] She only opens her mouth to talk about things that make her a victim but shuts it when she causes the problems

4. [+230, -3] The media needs to leave her alone too. Who cares what this b*tch does? Please stop and think to yourself if reporting what she does is something the public is worth knowing.

7. [+89, -2] It’s an example that shows her character. When people started asking about the smoking, she automatically lied and said she got a room where smoking is permitted instead of just apologizing right away.
– There are no hotel rooms that allow smoking. This isn’t the 80s anymore. She’s either really stupid or she really believes everyone is as stupid as her.

2. [+1,165, -15] At first I just let her off as someone ill but seeing her going around smoking and drinking and living life like this, she feels pathetic to me. Just seeing her name in the news ruins my mood.

3. [+612, -38] All that scandal about how she was s*xually assaulted in middle school and this is how she chooses to act right after? What an attention seeker 🤪

4. [+449, -4] Celebrities, especially idols, thrive off of attention moreso than popularity. There was absolutely no reason for her to take pictures of herself at a hotel with her boyfriend, and yet she chose to share it anyway because she craves attention more than popularity! She lives in a delusion where she believes her life is over if she doesn’t have attention or popularity.

5. [+320, -5] I think she’s past the point of being a plain attention seeker at this point… she seems to have schizophrenia or something~~

7. [+135, -3] She has fans, she’s a well known name… so what was she intending to do by uploading pictures of herself and her boyfriend in a hotel room? Did she expect fans to be like “have a nice night together”? Why couldn’t she just have kept these to herself and shared a picture in a lobby instead. How much of her story of s*xual assault are we really supposed to believe…?