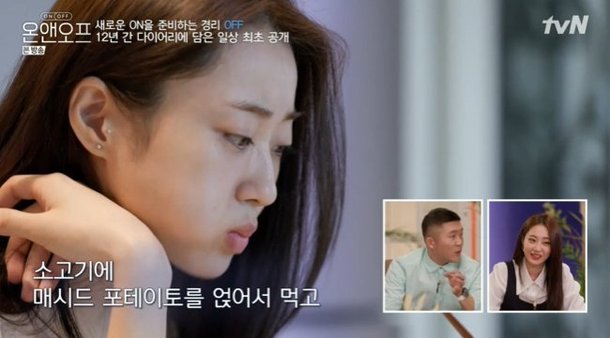 6. [+16, -4] She probably wanted to show viewers that she had a decent bare face so she put on some BB cream and went on camera but reality is that she looks like Ra Miran

7. [+16, -0] Nah, this is her real bare face. Even people with the best of skin have redness around their nose and discoloration around their mouth ㅋㅋㅋㅋ she doesn’t even look like she drew on eyebrows

8. [+14, -14] She looks pretty, what’s wrong with you… you guys would’ve had an issue if she drew on some eyebrows and put on some lipstick.. She has great skin, people are being too mean.

12. [+6, -1] Sometimes you have to show your bare face to double the impact of your dolled up look. Why would you expect her to be wearing make up at home anyway ㅋㅋ