Lee Dong Wook recently sat down with W Korea for a candid interview in which he opened up about the effect his characters and projects have had on him, spoke about his upcoming drama, and much more.

In the interview shared on May 19, Lee Dong Wook talked about filming the tvN drama “The Tale of Gumiho” (literal title). The actor stars as a gumiho (mythological nine-tailed fox), and this is the first Korean drama to feature a male gumiho as the lead character. The drama is slated for an early September premiere, and he was asked if it will be entirely pre-produced before it airs.

“It couldn’t be called entirely pre-produced, and we’re all hoping that we’ll have it filmed to a certain degree before the premiere,” he said, adding that there’s a lot of CG work to be done for the show.

“Its genre is ‘urban fantasy melodrama,’” he shared. “I’ve heard that this is the first time there’s been a main storyline about a ‘male gumiho.’ It’s unique. The director and writer are aiming to put a twist on conventional ideas, and that’s exciting too.” 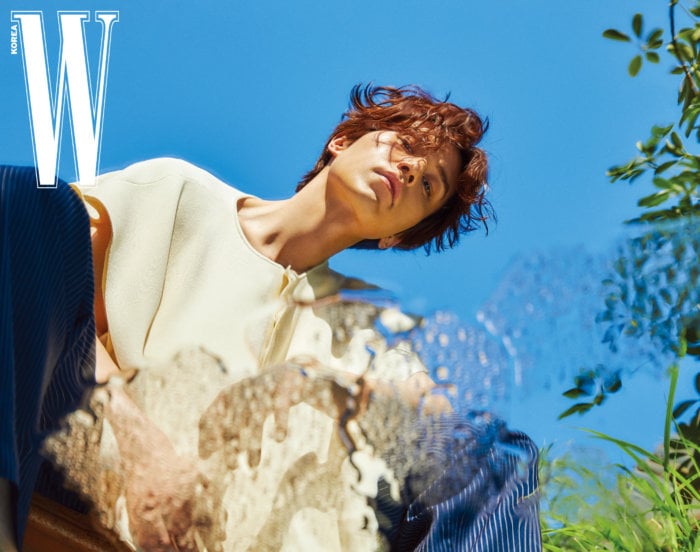 The interviewer then asked Lee Dong Wook to share how he honestly felt when his 2016-17 tvN drama “Goblin” became a massive hit.

“At the time, honestly, I wasn’t able to really feel how popular ‘Goblin’ was,” he shared. “While the show was on, I was just so busy filming. It wasn’t just me that was like that, many other actors would have been the same way.”

He explained that once the show was done, he suddenly had a huge amount of work lined up such as advertisements and photo shoots.

“That’s when I thought, ‘It seems like I’m going to be busy now’ and ‘Things are going well because the drama was a success’,” he said. “However, on one hand I was cautious about not getting intoxicated by the happiness. I still say to other people and to Gong Yoo, ”Goblin’ is Gong Yoo’s drama and writer Kim Eun Sook’s drama.’ It’s important to create a good atmosphere, but I’ve never thought something like, ‘This result is my own.’”

The interviewer told Lee Dong Wook that despite his long career, he’d never once appeared to be narcissistic, even though the interviewer thought maybe he’d become that way after “Goblin.”

“The fact that people still talk a lot about ‘Goblin’ shows that it was an interesting and great drama,” he replied. “It’s my duty and my assignment to quickly break away from that.”

“At any rate, it’s something that’s over now, it’s a past honor, and even more than that, it was Gong Yoo’s drama,” he said with a laugh. 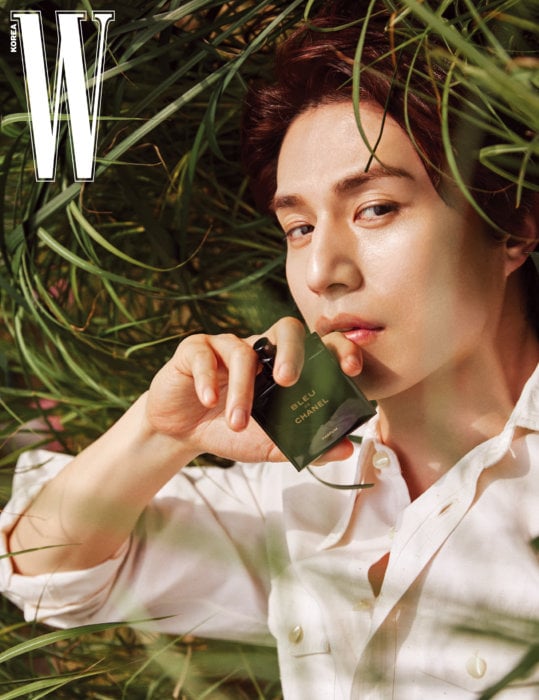 He went on to talk about his mindset as an actor. “In terms of narcissism, I also agree that it’s required for this job,” he said. “Since we’re in a situation where we’re always being selected or evaluated, it would be hard to endure if you didn’t think to yourself, ‘I’m good at this, there’s something that I do better than other people.’ If that becomes excessive then, well, it becomes a personal problem.”

“It’s not possible to please everyone in this job,” he said. “It’s great to just please fifty out of a hundred people, but it’s easy to feel hurt because of the fifty people who hate me or aren’t interested in me. That’s why there’s a need to repeat to yourself, ‘I’m a good person.’” 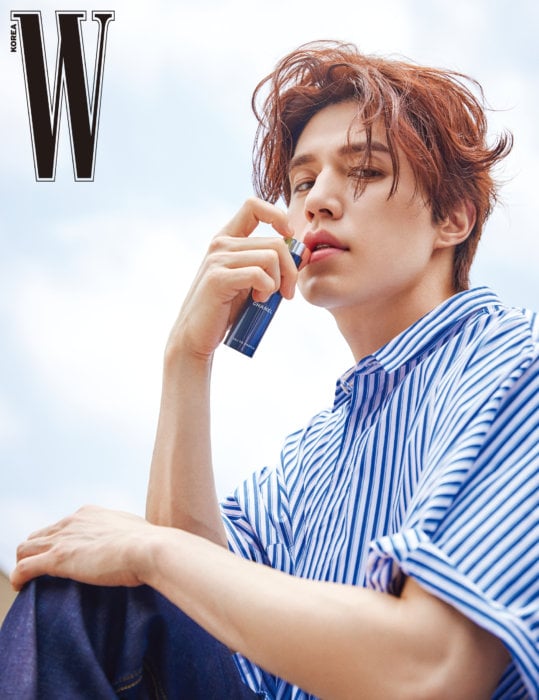 It was mentioned to Lee Dong Wook that he’d said in a previous interview that he’s barely ever felt satisfied with his own work, and he was asked if he considers himself to be lacking.

“I do,” he responded. “The words ‘You did well’ are meaningful when someone else says them, and I think that I have to look at myself realistically. That personality trait can be hard sometimes, because there are moments when I need to love myself but I’m purposely careful not to do that. My agency director sometimes tells me not to be so hard on myself, but I say to them, ‘No, I have to fully understand reality. I have to know myself.’ Maybe I’ve been able to come this far thanks to that.” 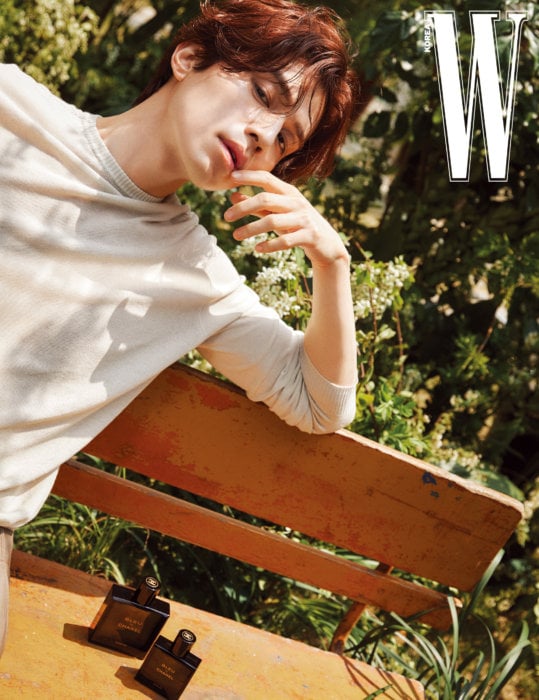 He was asked if this trait of being strict about how he evaluates himself is separate from his self-esteem. “No, they’re connected,” he said. “That’s why I said it can be hard sometimes. There was a time when I went through a severe slump and didn’t leave my home for two to three months. It was after the end of the JTBC drama ‘Life.’”

“I felt scared too about leaving the house,” he said. “I felt like people would just point at me when they saw me, and I felt like no one was on my side. I got so deep into that feeling that I was at rock bottom. I didn’t meet up with anyone and I just stayed at home or worked out.”

When asked if time had healed this, he replied, “That was part of it, and also when I was lost in thoughts about what was wrong with me, I was helped a lot by people who encouraged me by telling me I’m a good person. Gong Yoo was one of those people. I once again realized that even when going through a crisis and having a hard time, people are the important thing.” 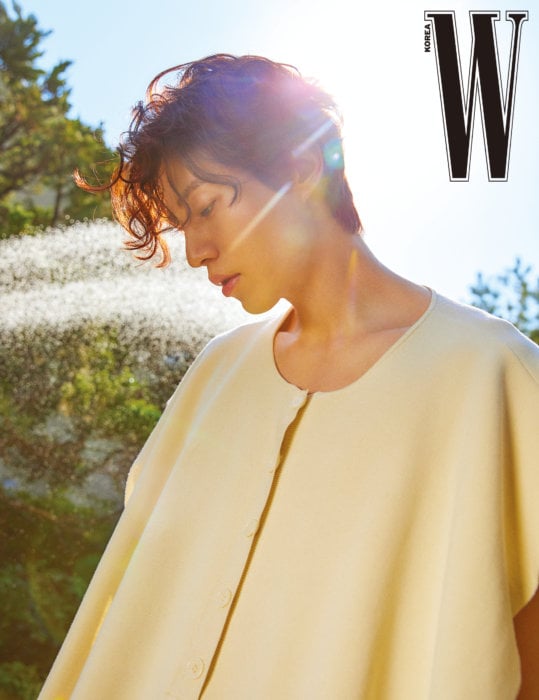 Lee Dong Wook also talked about the effect of playing his character Seo Moon Jo in the drama “Strangers from Hell.” He shared that when he’d first begun the drama, he’d thought to himself that he shouldn’t get too immersed in the character.

“There are a lot of villains, but he was someone who not only controlled others, he also had a different vibe to him than other villains,” he said. He shared that he’d purposely done less preparation for the work because he wanted to immerse in the character only to a certain degree.

“When the drama was over, I thought that I was okay,” he said. “However, there were times when I was drinking with friends or acquaintances and even if all I did was look at them once, they’d say, ‘Why are you looking at me like that?’ I looked in the mirror one day and I didn’t feel like I was looking at myself, I had a peculiar and unfamiliar feeling instead. So I thought, ‘Ah, I’m not totally okay.’” 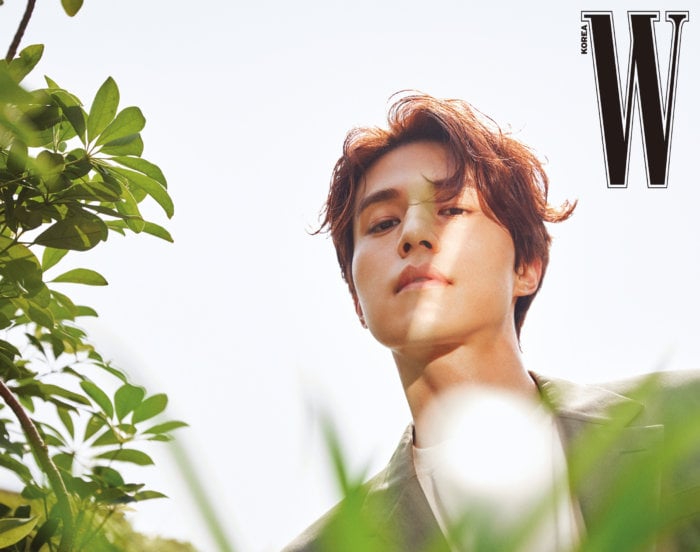 The actor shared that he’d had a similar painful experience while breaking free from a character after he acted in the 2005 film “Bittersweet Life.” He explained, “I was like a dried up fallen leaf, to the point that I wondered if I might die if it kept up,” he said. “I felt like I’d burn up or I’d fall to pieces if someone just tapped me lightly. I didn’t have a lot of experiences in society and I was less mature psychologically, so being overcome by that feeling was scary.”

The interviewer suggested that that pain could be thought of as a badge of honor and that his threshold for the pain could possibly change once he becomes used to it. Lee Dong Wook agreed and said, “There’s definitely a sense of accomplishment. And I think, ‘If something difficult happens to me again after acting, then I know how to let it go. I should keep trying things.” 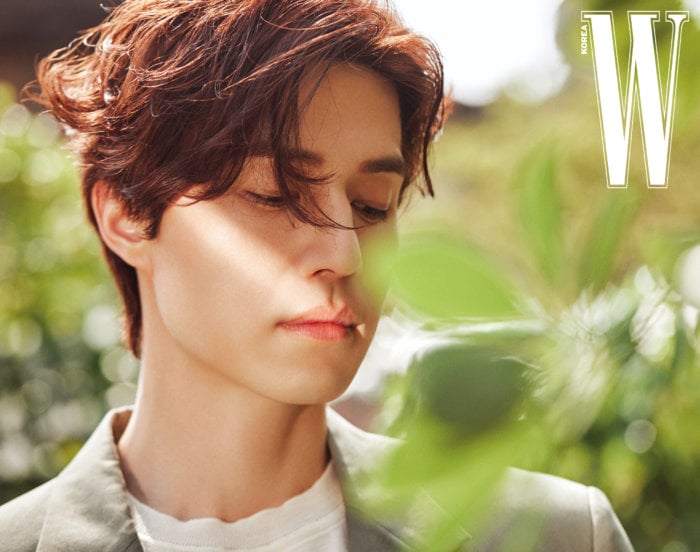 When asked about the relationship between acting and age, Lee Dong Wook said, “I do wonder how long I can do fantasy works and romantic comedies,” he said. “In my experience, there are a lot of times when romantic works need the male actor to be cute. When I do something kind of cute while acting and think, ‘When will viewers stop thinking of me as cute?’ that’s when I suddenly feel that I’m getting older.” He added with a laugh, “However, I think I can still do a good job at it.” 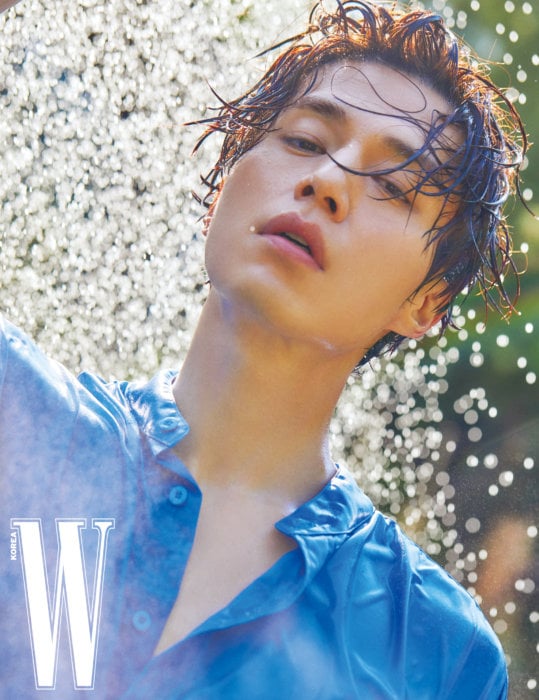 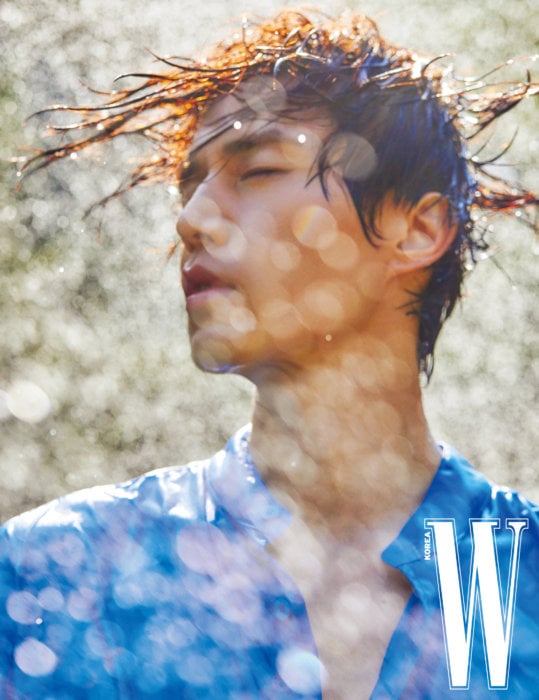 Lee Dong Wook shared that in the past he had been burdened by a sense of duty over having to take care of his family and other responsibilities, so he hadn’t been able to take care of himself, but this changed three or four years ago. “Now, for my own sake, I’ve started to want to do things that I personally want to do and enjoy doing,” he said.

After spending time figuring out just what those things are, Lee Dong Wook realized that he enjoys working out. “Like with fishing, I can spend two to three hours completely on myself, without thinking about anything,” he said. “In life, usually you don’t get back what you put in, but with exercise you get back what you put in. I really like that.” Lee Dong Wook also shared that he enjoys watching and experiencing films alone and searching to see how other people had felt while watching them. 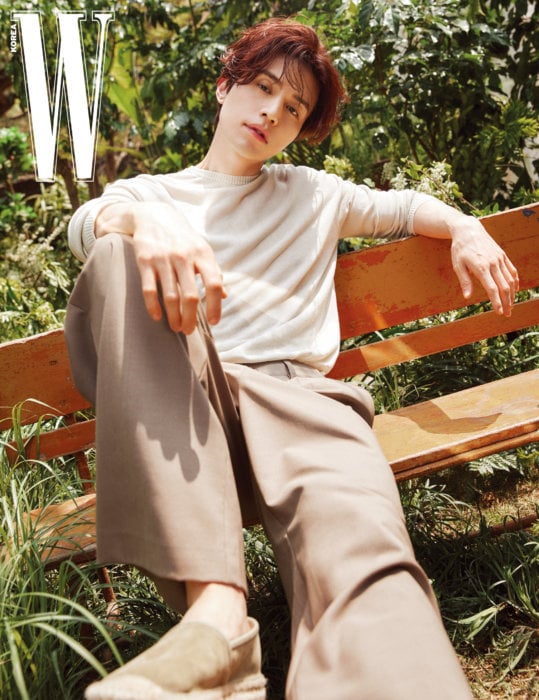 Lee Dong Wook recently hosted his own talk show on SBS titled “Because I Want to Talk” in which he interviewed celebrity guests, and he spoke about his experience.

“It was fun, but hard,” he said. “Interviewing one guest a week required four days worth of work. Even just the documents I’d get as research would be 200 to 250 pages each time, and I’d meet with the production team to decide what questions I’d ask. Studio filming would take a day, and another day would be spent filming outside. It was a fun experience because I was able to work with a ‘good production team’ and a ‘good Jang Do Yeon.’”

Lee Dong Wook then shared his current ambitions. “I want to receive more recognition from the public and people in the industry,” he said. “Whether or not you receive that is directly connected to the concept of ‘success.’ I hope that one day I will feel satisfied with myself. I don’t mean at all that everything I’ve done so far has been no good. I just I want to feel satisfied with myself too and feel more relaxed every day.” He added with a laugh, “For that to happen, first off ‘The Tale of Gumiho’ has to do well, right?”

Watch Lee Dong Wook interview Gong Yoo in “Because I Want to Talk” below!