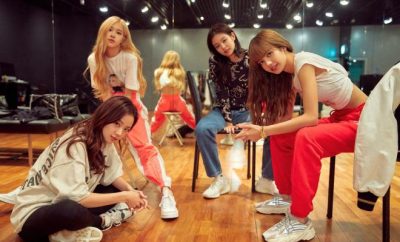 Powerhouse girl group BLACKPINK continues to amaze fans as they get real and personal in their newest Netflix documentary, Light Up The Sky!

After returning to the K-Pop scene with their first full album, BLACKPINK proves once again that they are truly unstoppable with the release of their newest offering on Netflix. Titled BLACKPINK: Light Up The Sky, the documentary delivers a closer and candid look into the personal lives of Jisoo, Jennie, Rosé and Lisa, particularly their journey towards becoming one of K-Pop’s iconic groups of all time.

Through the use of intimate interview footages and videos from the group’s trainee years, the documentary also allows BLINKs to get a broader insight of who BLACKPINK really is behind the gleaming spotlight.

A highly-compelling and detailed one, BLACKPINK: Light Up The Sky is not your ordinary film about stardom. It also focuses on the strong friendship between the girls, their struggles over the past years and their deepest emotions and feelings towards different aspects of being an idol, such as creating music and making their fans happy.

With these major points in mind, here are some of the valuable lessons that the well-made documentary has taught us:

SUCCESS DOES NOT HAPPEN OVERNIGHT

Just like any other K-Pop groups, the members of BLACKPINK also had to undergo the grueling process of training before actually making it to the industry.

From practicing 14 hours a day to overcoming major monthly evaluations, the girls worked hard every single day to prove they had what it takes to debut and to show that they deserve to make it to the cut.

The girls also had to painfully let one of their co-trainees go every month, while also having uncertainties about their own future.

“Waiting was the hardest part. I didn’t think I would make it and I was on the verge of letting go,” Lisa shared. Contrary to the common public perception, BLACKPINK had their own share of struggles. Lisa had to come to South Korea at a very young age and tried her best to overcome the language barrier.

“[Jennie] was the only one who could speak English among the trainees. I spoke English with her and if something were to happen, I would talk to her,” Lisa added.

Meanwhile, Jennie and Rosé had to give up school and living with their respective families in order to pursue their biggest dream.

In the documentary, Jisoo, who is the eldest member of the group, also had thoughts of giving up after having the taste of endless cycle of singing, dancing and constantly proving oneself. “I rarely went home and had to practice on weekends,” Jisoo said. “I’d ask myself, do you want to give up because it’s not easy?”.

Such unfiltered bits from the film only proved that BLACKPINK’s numerous and seemingly unfathomable hardships during their formation years led to their sweet success and shaped who they are today.

WHAT IS MEANT TO BE WILL ALWAYS FIND ITS WAY

As the competition get tougher every month, BLACKPINK had to double – even triple – their efforts in order to make them worthwhile.

Amidst all of the happenings inside the YG camp, Jisoo, Jennie, Rosé and Lisa always had the best chemistry among the trainees, proving that they have always been meant to be put together in a group.

“When I first came into the picture, there were seven, eight, nine girls. Then we started cutting some songs and sonically whatever that sounded the best – the four girls right now, is the result of the combination,” Teddy Park said.

“And of course, you start looking at their individuality, like their character. The four of them just felt right,” he added.

The good relationship that the group had from the very start eventually evolved to this beautiful friendship, which gets even more stronger every single day. BLACKPINK does not only consider each other as bandmates but also sisters. Sharing the story of how she first met the other three, Rosé said, “It was us four – I don’t even know why but it was us four. We covered songs until morning. We were like singing and somebody was harmonizing.”

Being a unique one, the documentary lets people see how BLACKPINK supports each other in every aspect from choosing stage outfits and helping the other to speak a new language to recommending singing styles during recording.

Moreover, it also shows how the members became each other’s rock and strength during times when all they wanted to do was to quit.

Describing her connection with Rosé, Lisa said, “We were around the same age and we had similar tastes. Since we both came from another country, we relied on each other when we were having a hard time…We were like genuine twins.”

NEVER LOSE SIGHT OF YOUR PASSION AND GOALS

As they continue to smash records and reach greater heights, BLACKPINK never thought of giving up what they are most passionate about, which is making music. After finishing their own matters, the girls constantly visit the studio to record songs in order to get the perfect one.

The group’s commendable ardor towards bringing out a quality sound and great synergy is what allowed them to make it this far.

In the documentary, Rosé can also be seen alone with her thoughts as she plays her guitar and piano – something she always did during her trainee days.

Due to the group’s jam-packed schedule, the idol said that she has to make time for music nowadays, contrary to her usual routine during her days as a trainee. Despite having such a hard time, Rosé did not stop doing what she loves. With the help of her friend Joe Rhee, the singer is slowly overcoming her fear of writing her own songs and reflecting her thoughts onto them.

With their determination, BLACKPINK proves in the documentary that learning and growing as an artist should not stop at their debut or at the peak of their careers.

BLACKPINK, who has constantly and amazingly evolved over the past four years, still has a lot of charms and musical sides they want to exhibit in the future.

Teddy Park said that the group’s tracks has started to reflect the girls’ personal stories and personalities, demonstrating their growth as musicians.

When asked about their whereabouts in the next 20 years, the girls hope to travel freely or live overseas for maybe one or two years. They also talked about the probabilities of marriage and having babies.

“It doesn’t matter if we get old and get replaced by the younger generation, as long as there is still someone talking about us; because they will still remember how we shone so bright,” Lisa said.

The future is indefinite but BLACKPINK is certain that they will still follow the path they chose to take four years ago and will continue to do their best and excel at their craft in order to be remembered as one of K-Pop’s well-loved groups.

BLACKPINK: Light Up The Sky is now available for streaming via Netflix. 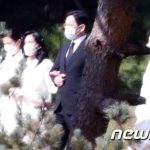