LOONA recently participated in a photo shoot and interview with fashion magazine bnt International, where they opened up about various topics.

When asked about how they’ve been spending their time, the members said, “These days, we can’t go out a lot, so we find pleasure in hobbies that we can do at home. We study foreign languages in our spare time, and since we’re all interested in making songs and writing lyrics, we’re studying hard for them.

ViVi added, “Even when I’m resting, I exercise steadily. I’m skinny, but I have a lot of muscles. At times like this, I try to eat healthy food to take care of my health. During promotions, I pack lunch boxes for myself.” HeeJin commented, “It’s a shame that we couldn’t meet our fans during promotions. We are resting well, so I hope our fans take good care of their health, too.” 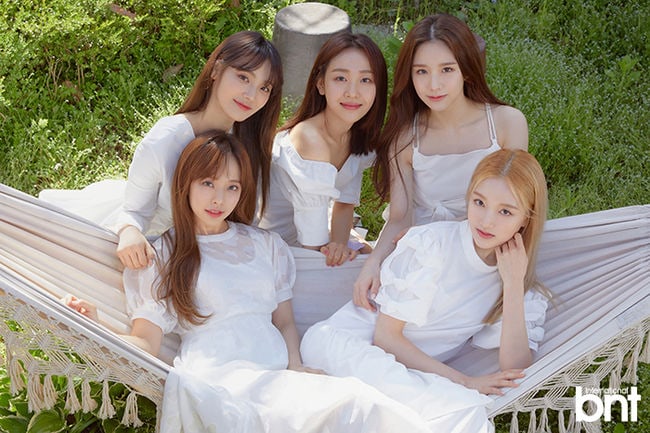 LOONA also talked about the kind of group they are. They described themselves as a palette, saying, “Just like how mixing paints on a palette can produce numerous colors, we are a group of many colors. The worldview is one of the colors we have. We think it’s our unique charm. We’re showing the public our colors one by one.” 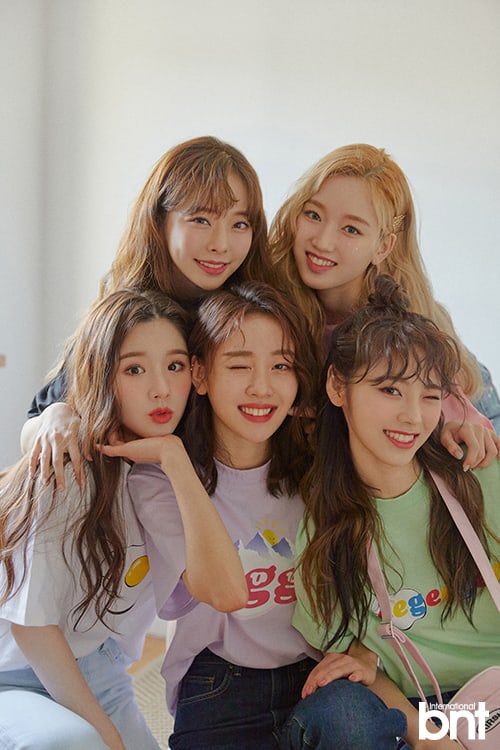 LOONA is a unique group that started with unit activities before the group’s debut, and they also had a system where the members were revealed one by one. The group commented, “At first, we wondered if this was possible. However, we thought it was a system that could highlight each member’s charm more and more. We thought that was a unique point because of that special system. Because of it, we felt like we should work harder so that we wouldn’t harm the group. There are more things to show in the future. We hope you look forward to it.”

HeeJin, who was the first one to be revealed as well as the member who had to wait the longest for the official debut, shared, “To be honest, I felt a little burdened because I was the first member. I was nervous, but I tried my best. It was nice to be able to give advice to the members who were released after me. Also, it was good to be able to make up for any shortcomings through solo and unit activities.” 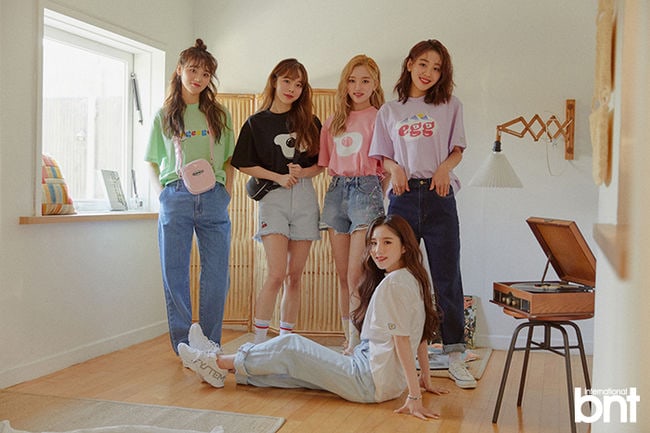 Concerning Lee Soo Man’s involvement in the producing for “So What,” LOONA said, “We uploaded our dance cover video of NCT’s ‘Cherry Bomb’ on YouTube. He contacted us after seeing it. At first, we didn’t believe it, and we were so honored. We practiced really hard, and the combined amount of practice and the production of Lee Soo Man seems to have produced a good result.”

Yves added, “There is something that I wish the fans would know about. There are always hints about our next album activity in the cover video we post. In the video, HeeJin wore a T-shirt with the word ‘burn’ on it. It was a hint about the promotions for ‘So What.’ Next time, I hope fans will enjoy looking for things like this.” 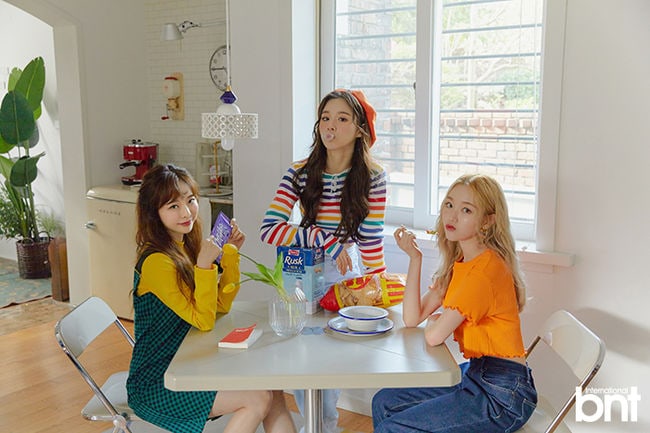 Next, LOONA talked about their recent variety show appearances. HeeJin and Yves appeared on JTBC’s “Ask Us Anything.” HeeJin shared, “It was really fun, and it was an experience where I could learn a lot about variety shows. I really want to appear with all the members.” Laughing, Yves added, “Lee Soo Geun really resembles my father, so I liked how familiar he felt. When I told him that he looks like my dad, he took a picture with me and took good care of me. If I have a chance, I really want to go on the show again.”

GoWon appeared on MBC’s “Weekly Idol” with Oh My Girl. She said, “I’m a fan of Oh My Girl. I dreamed of becoming a singer by watching them, and it was an honor to be on the same show as them. They’re still my role models. I was really happy to be able to dance with them, and I cried without even knowing it. I thought I should work harder in the future, and I’m grateful they’re always giving me good advice. I really want to sing a seasonal song like them. If we make a comeback in summer, I really want to try a summer song.” 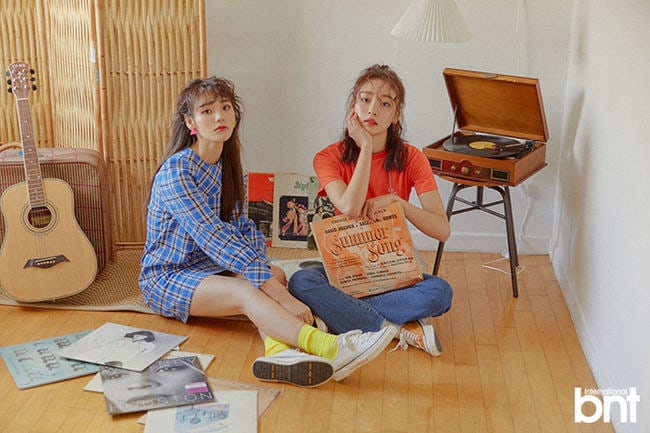 Lastly, the members were asked about their roles or nicknames in the group. JinSoul shared she was the “Messenger.” She explained, “I have a good memory, so when we receive a schedule or announcement, I notify the members. HeeJin and Chuu keep asking me because they have poor memory. As someone who has good memory, it’s frustrating, but I bear with it and let them know.”

Yves commented, “I’m good at empathizing, so I give counseling to members when they have difficulties. I seem to think well from the other person’s point of view.” ViVi said, “My nickname is ‘Healthy Mom.’ I cook for my members. I like it when they eat healthy.”

HeeJin explained her nickname is “Hansel and Gretel,” saying, “I always leave things, and I need to be taken care of. My managers and Olivia Hye take care of me a lot. I will try to be less clumsy now.” GoWon shared, “[My nickname is] TV Driver. My spot is the sofa. I love TV, and sometimes, I watch it all day. When the members come out of their rooms, I play something they may like.”