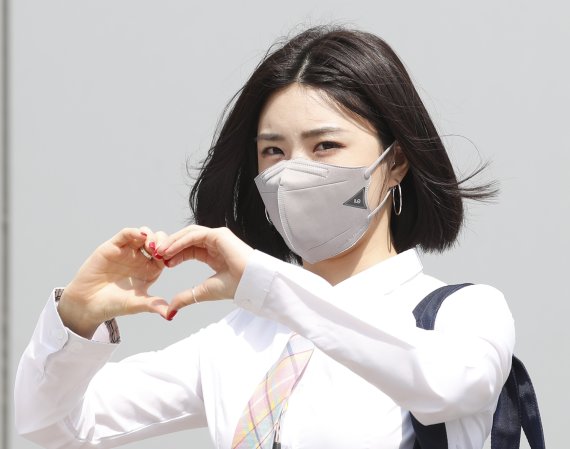 Male community sites are accusing Brave Girls’ Yuna for being a ‘feminist’ after hearing her use the phrase ‘oh jo oh eok’ during a game, which is a phrase that male communities think online Korean feminist communities use against them.

1. [+1,639, -337] I just saw the video and they were getting hyped up while playing a game and I heard her say ‘oh jo eok’. She never said ‘oh jo oh eok’. And when the controversy started brewing, she said so herself that she isn’t a feminist. How could a feminist group perform at an army base over 100 times? And even thank the soldiers for their service in their award speeches? This group has no evidence of being feminists so it’s not fair to accuse them of something they’re not.

2. [+650, -22] I didn’t know that phrase was being used in this way. Do we all need to study up on all these new slang terminologies or what? This is so tiring.

3. [+176, -13] What does any of this matter… who cares what she said? Who cares if she’s a feminist or not? Why are people so bored with nothing better to do dividing up the lines like this?

6. [+33, -8] Male community sites are worse than feminist sites, they get so mad over everything

9. [+8, -0] As expected of Korean men… Brave Girls worked so hard to perform at those smelly army places for you and now look at how you’re trying to end their careers for no reason~ Brave Girls do not need fans like you