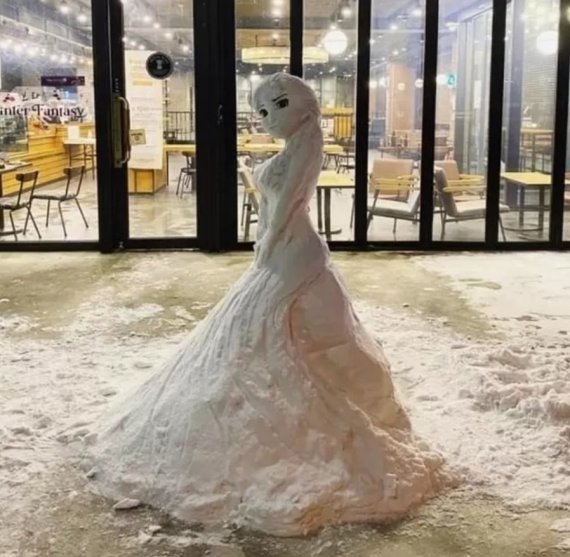 Article: Thoughtless man who took down popular ‘Elsa snowman’ in front of cafe under controversy

1. [+5,835, -76] Basement dwelling loser. Even the way he knocks the head off looks so pathetic ㅠㅠㅠ and the way he runs away so quickly, even more pathetic ㅠㅠ you’re stinky

4. [+204, -7] There’s the old saying that it only takes seeing one to see 10… His target happened to be a snowman but who knows who else he’s capable of hitting like that..

6. [+163, -4] Such a well made snowman ㅜㅜ the person who made it must be so upset.. Who does this man think he is? To destroy something someone worked so hard on?

10. [+46, -1] Just seems like one of those people with no consideration at all for those around them in life