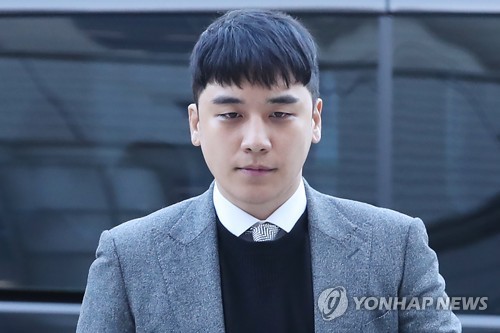 Article: Military sends order to report for duty to Seungri… if he enlists, will be under military court

2. [+749, -83] Now even the army’s in on it and are giving him out an out through service~ How is his scandal something to be handled by the military courts at all? Or is the Blue House trying to watch over him too?

5. [+96, -2] In most cases like this, doesn’t the army wait to send the order until the case is ruled as innocent? And why is he being tried under military court once he enlists? Why? I don’t get it? It’s not like he caused this scandal while he was an enlisted soldier so why is he being tried under their court? And they’ll be cooperating with prosecutors for this? Then why aren’t all soldiers who break the law in service given the same opportunity to work with prosecutors for their cases too? ㅋㅋ They know that once he’s ruled as guilty, they won’t be able to enlist him and he’ll have to service public service so they’re sending the order now, right?

6. [+35, -0] With his connections.. I doubt he’ll have to do anything in the army ㅋㅋㅋ he’ll get to drop out of all the trainings because he has to attend investigations. He has one sweet path to discharge.

7. [+34, -3] Seungri may feel like he’s winning at life right now but he will reap what he has sowed one day in life. Evil may look like it’s winning but justice will always prevail.

10. [+16, -0] Incompetent police and prosecutors… people get thrown in jail all the time for simple assaults or theft… meanwhile this guy has gambling, embezzlement, and pr*stitution and is still not in jail…