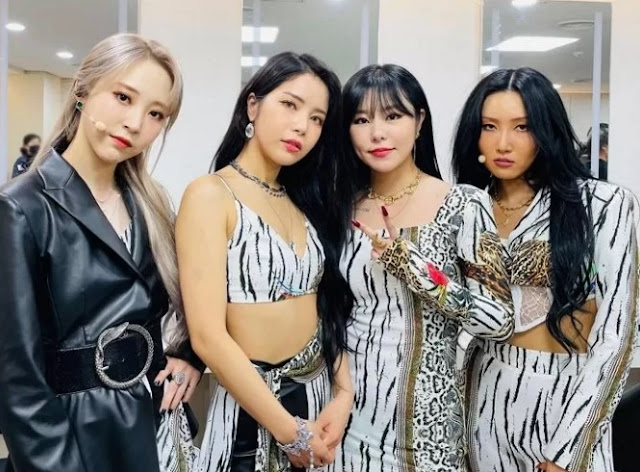 Article: Mamamoo’s reaction to when Moonbyul met her school bully

3. [+928] Moonbyul is enacting the greatest revenge there is ㅋ there isn’t much to a good revenge. Instead of bullying back, you just have to become more successful than them ㅎㅎ

4. [+354] It’s hard to understand what it feels like to be a victim of bullying unless you’ve gone through it yourself. School itself becomes a place of hell for you.

5. [+207] The bully feels too insignificant to even take revenge upon but Mamamoo proved their loyalty 👍🏻

6. [+79] I’m sure the bully is regretting it now ㅋㅋㅋ imagine finding out that you bullied someone who’s so successful now. She’ll regret it for the rest of her life!!! Mamamoo fighting!!! 🤟

7. [+36] Moonbyul has already gotten her revenge with her success ㅋㅋㅋㅋㅋ 👍

9. [+17] It’s obvious that Moonbyul is special to the members with the way they reacted. Most people would’ve just been like “oh, that’s them?” and moved along.