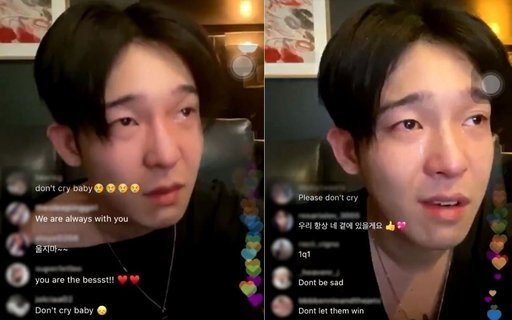 1. [+1,536, -29] Taehyun-ah, let’s enlist in the army. Once you start shoveling dirt amidst clean air, you’ll stop thinking useless things. You sleep at the bell and wake at the bell. Enlist!

5. [+95, -4] I don’t care for him but I’m getting Sulli vibes from his eyes when she used to cry on live too. It’s clear that he’s unstable at the moment. Don’t watch if you don’t like him. Don’t wait until he’s gone too before you decide to shut your mouth.

6. [+63, -2] He looks unstable so I’m worried… but then the sudden talk about guns… makes me wonder if he’s setting something up so he can get out of army service…

Article: Nam Taehyun reps, “Tears during Instalive, he felt emotional due to stress”

3. [+489, -121] Wow, you comments are too much. It seems like he’s suffering from depression and asking for help through these lives. If you don’t care about him, just leave… Don’t hurt someone who’s already hurting.

4. [+56, -8] Taesaja’s Hyung Joon used to be more famous than Nam Taehyun back in his heyday but he’s found happiness in his life as a deliveryman today

5. [+55, -4] When I was in my twenties, I went through unstable emotions and depression too… but time really heals all. Just keep living your life with positive and grateful thoughts and better days will come.

7. [+38, -5] You people are too much. Goo Hara and Sulli did streams like this too and you all called them attention wh*res. Would it kill you to show some empathy when someone’s expressing pain? Don’t leave a comment if you don’t care about them. So mean… really.

1. [+987, -53] If he hates getting hate to this extent……. then he should’ve thought before affecting his group and his fans with his actions. Before being with the group through all their auditions and their debut album, before cheating on a public relationship, before throwing money at a valet driver… All he’s been doing since leaving the group is posting pictures of himself smoking, of his tattoos… why post at all if you’re so scared of public opinion? You can enjoy those pictyures by yourself. There are real stars out there who are truly scared of hurting their fans and family and work so hard to manage their careers and private lives. You don’t get to do everything you want and then come out on stream in your pajamas with a cigarette in your mouth while looking for a gun.

2. [+501, -20] It pisses me off when people who’ve lived trashy lives like him try to use Goo Hara and Sulli….. not only him but guys like Kim C, Yoo Seung Joon, MC Mong… they’re opportunists when it comes to mentioning Sulli and Goo Hara.

5. [+56, -5] Is he acting like this so he can get out of army service for mental health issues? I got my physical at the same time as Nam Taehyun and I noticed he was submitting a bunch of mental health papers along with his.

7. [+30, -0] I really think he should consider enlisting if it’s this hard for him. It’s not a bad thing to take some time off to recharge. 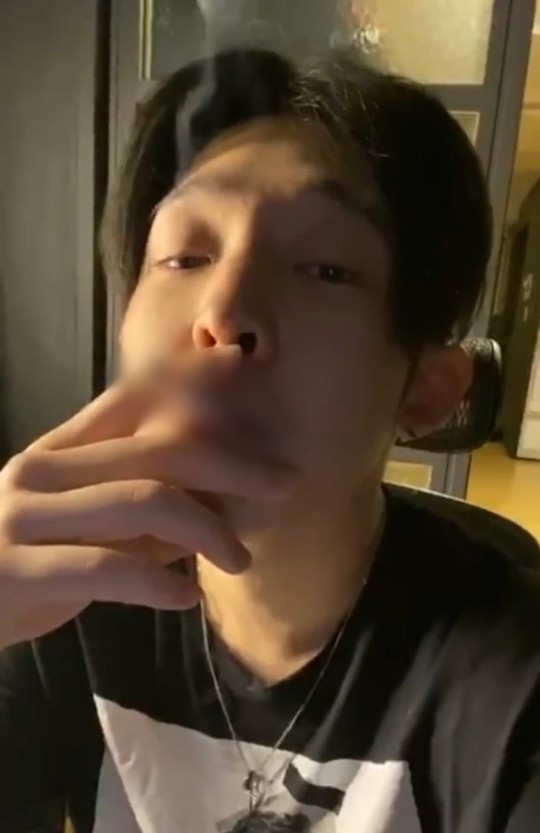 1. [+2,205, -279] Whether it’s hate or criticism, don’t leave him anything. We all make mistakes, none of us are perfect. We don’t have the right to tell anyone anything. It’s clear that he’s struggling so let’s make sure to console people that we can see are struggling. I know it’s useless to worry about a celebrity but maybe they face struggles that they can’t handle on their own either. I hope that he’s able to get back up in a positive and better direction.

2. [+1,789, -215] I was a fan during his ‘Winner TV’ and ‘Empty’ days and it’s fact that he was the most popular member at the time. However, I think the popularity got to his head because he didn’t really get along with the other members and tended to act out like an attention wh*re. Then Winner went through a hard time for a while and he just left to pursue his own music. Sure, leaving is understandable, but now that Winner is doing great and his own projects aren’t doing well, I think he’s starting to feel sorry about leaving. It’s funny to me that he threw Winner away when they were struggling but is looking back at them now that he’s struggling.

3. [+1,312, -63] I was fine with him leaving Winner and all but all he did since leaving has been smoking, tattoos… become infamous for cheating on his exes… Doesn’t he see where all the hate is coming from?

4. [+695, -14] Well he’s using up other people’s investments to put out albums that aren’t doing well so I’m sure he’s struggling under the pressure his agency is putting on him. He has no real world experience of his own to fall back on. I’m not kidding when I say that the army is a good place to start in building basic life skills. People can tell him all the positive things that they want, it won’t help all the jumbled thoughts on his head.

5. [+628, -30] Celebrities really seem like people of a different world… They seem so normal when they’re reading off of scripts but then act like such psychos in their private lives..