NCT 127’s Johnny and Jaehyun recently showed a different side to themselves posing for W Korea!

The photo shoot took inspiration from the film “Romeo and Juliet,” which the boys discussed in the follow-up interview, along with their last comeback, their heroes, what keeps them going, and more.

Looking at the two main male characters in “Romeo and Juliet,” when asked whether they were more romantic but hesitant like Romeo or strategic and upfront like Tybalt, they picked both.

Johnny explained, “I think I’m closer to a Tybalt who wants to become like Romeo. I’m typically the type to act immediately upon making a decision. However, I do want to resemble Romeo’s sincerity and honesty with his feelings once he falls in love.” 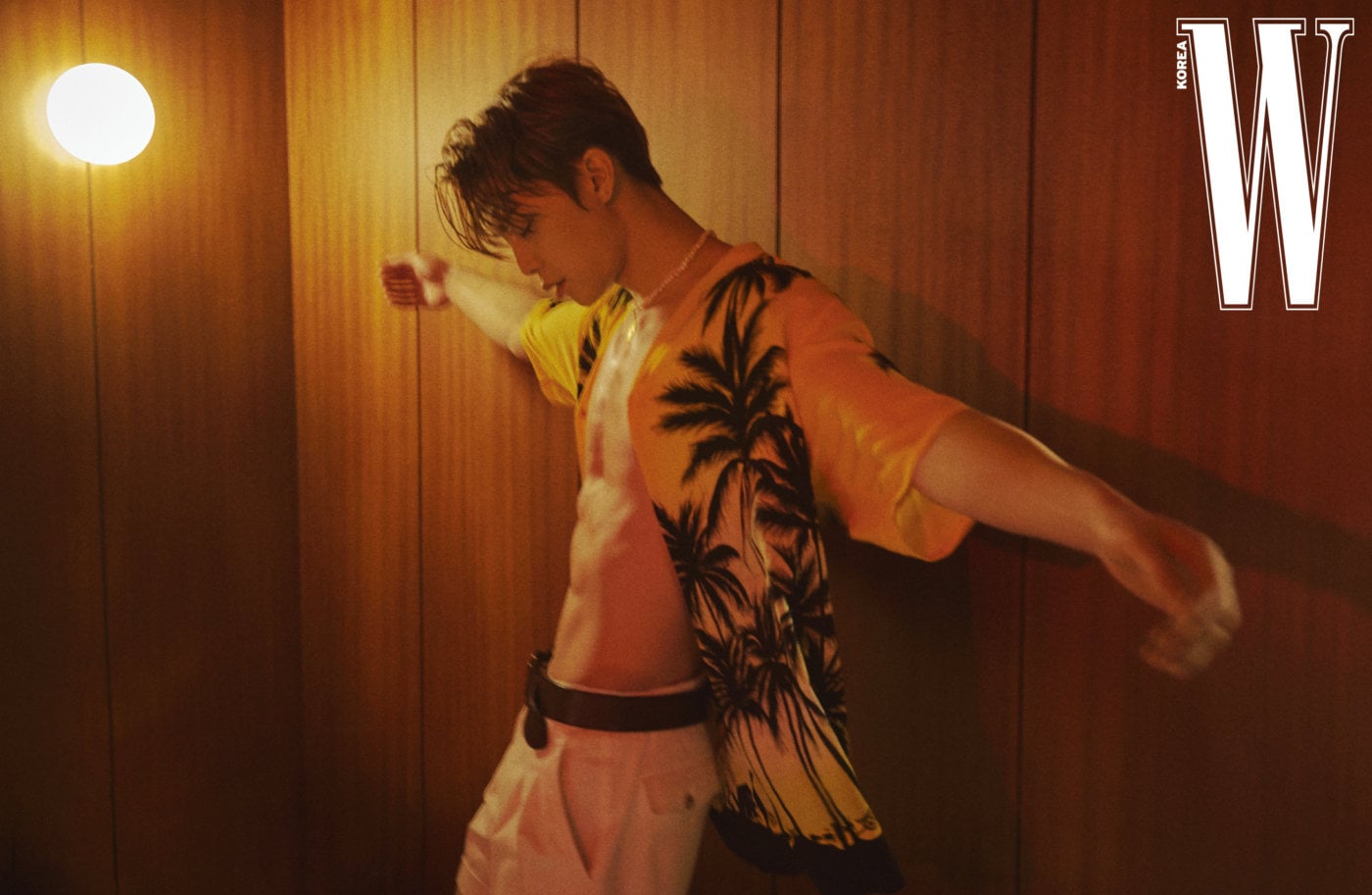 Jaehyun picked the answer opposite to Johnny’s, saying, “I think I am Romeo who wants to resemble Tybalt’s cold and analytical side. Since I’m regularly someone who acts out of emotion rather than reason, I would pick Romeo.” 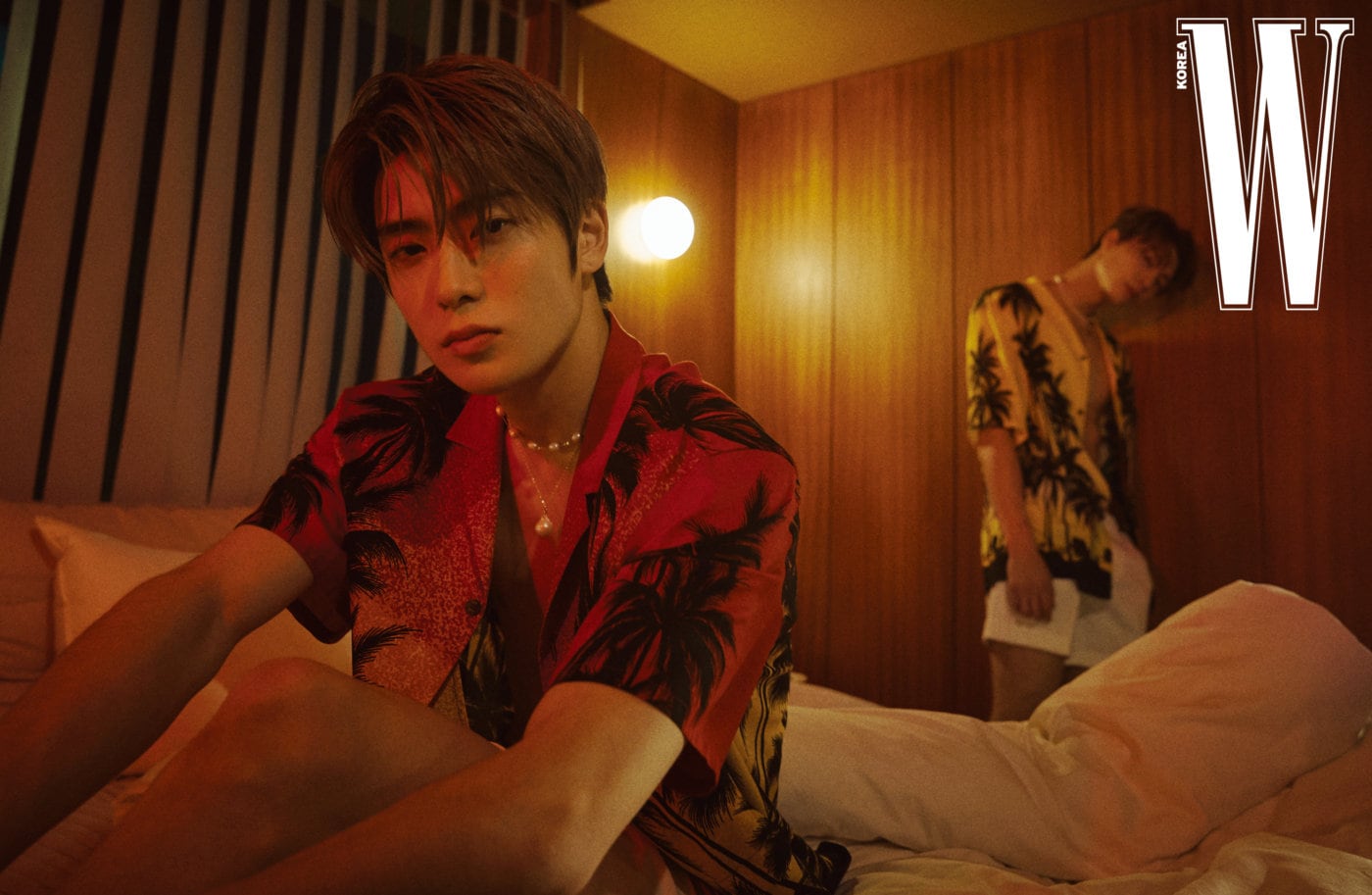 The interviewer then asked what song would play during the ending credits if they were to have a film made about them. Johnny shared, “If it’s a film about me in the springtime, I think Mac Miller’s ‘Circles’ would be good. If it’s a movie made later, any song by Coldplay would be good. Their music feels like home.”

Jaehyun responded, “I’ve always treasured Chet Baker’s ‘I Fall in Love Too Easily.’ It’s a good song to listen to on repeat without thinking about anything.” 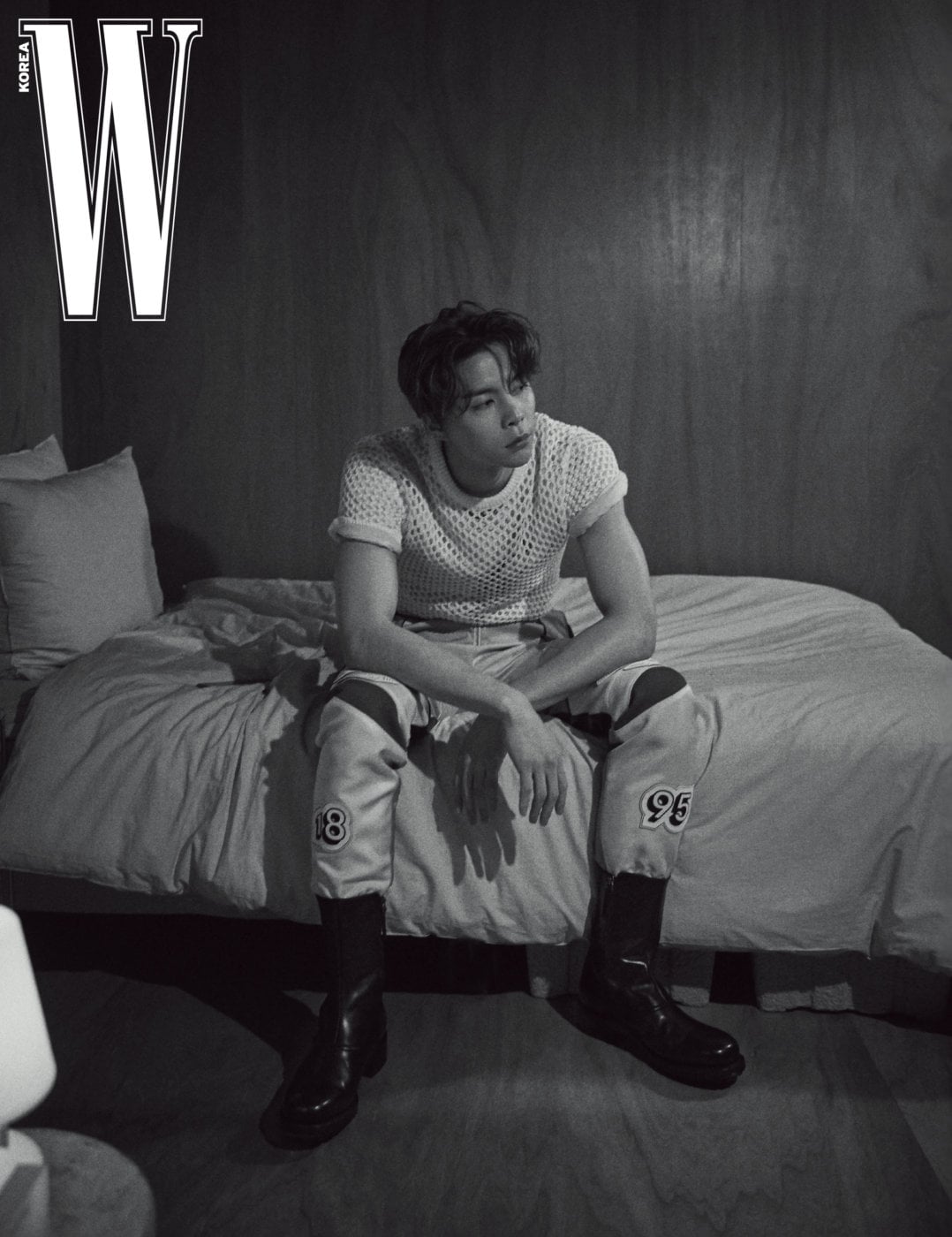 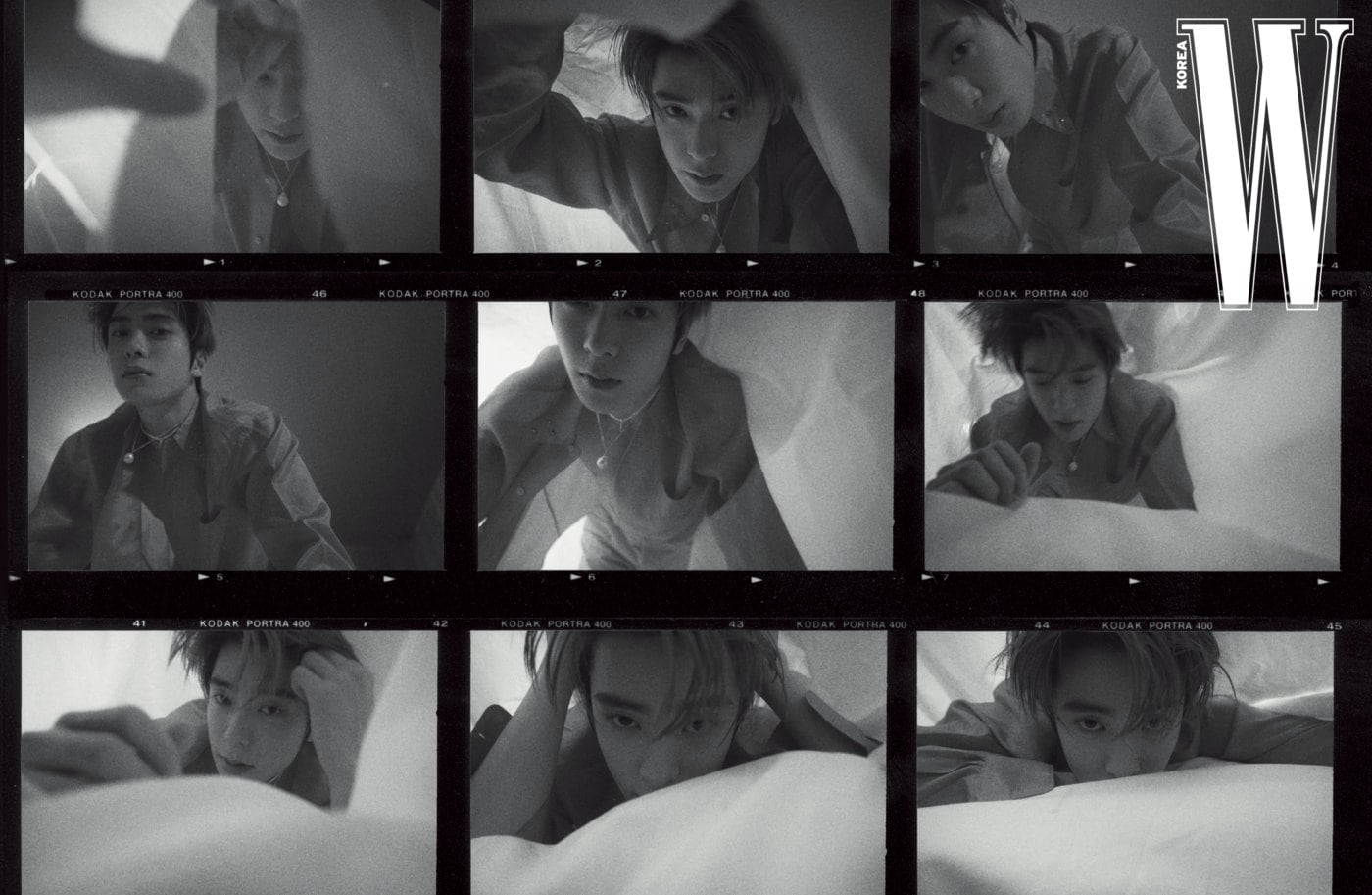 NCT 127’s latest title track “Kick It” directly references martial arts hero Bruce Lee, so the stars were asked who their personal heroes were. Johnny shared, “Although I don’t regularly express it very well, my mom. Since I’m a late only child, I always stuck right by my mom’s side when I was younger. When I look back, my mom sacrificed her life for her family while simultaneously making her own happiness a priority. I want to resemble the way she consciously tries to live a fun life.” 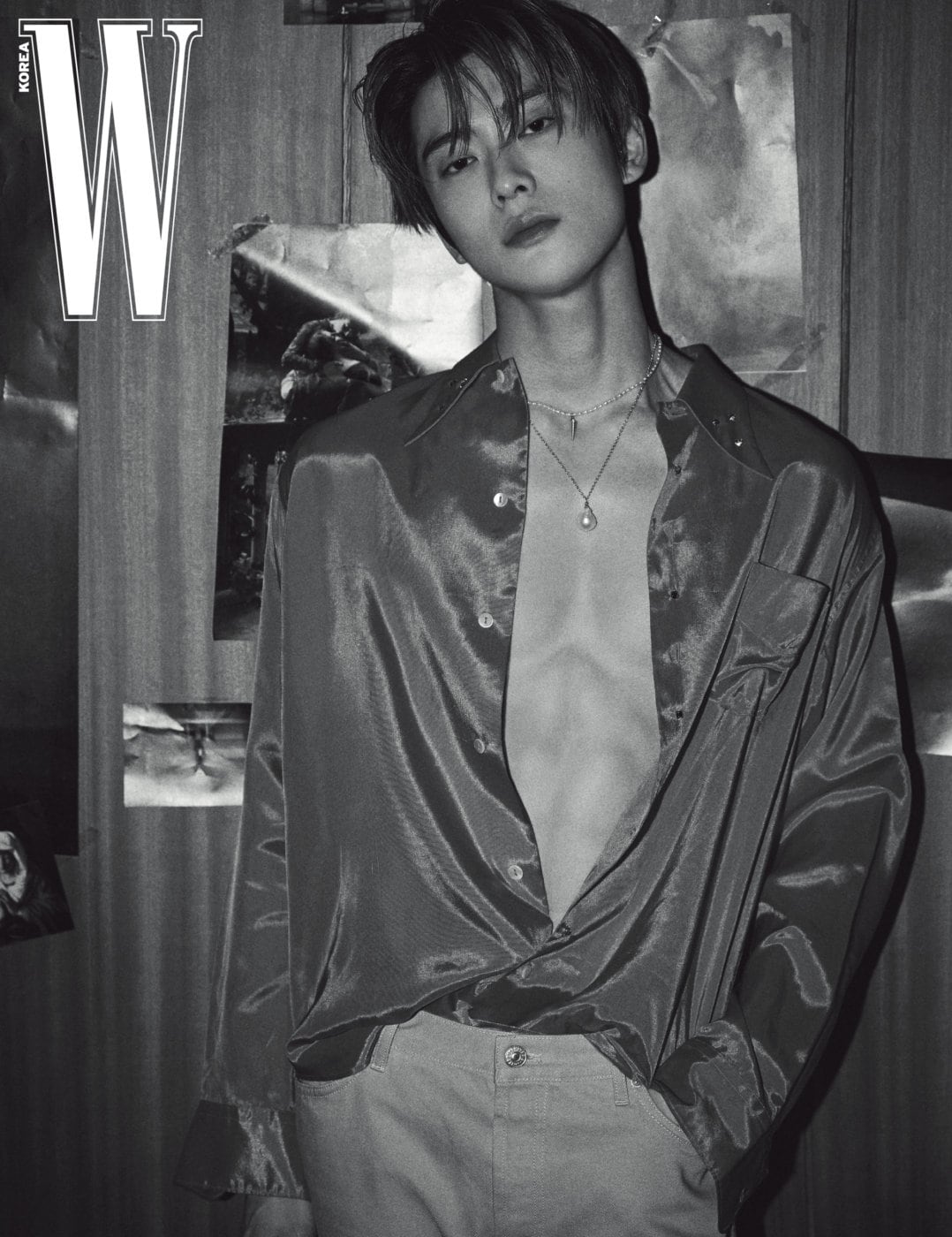 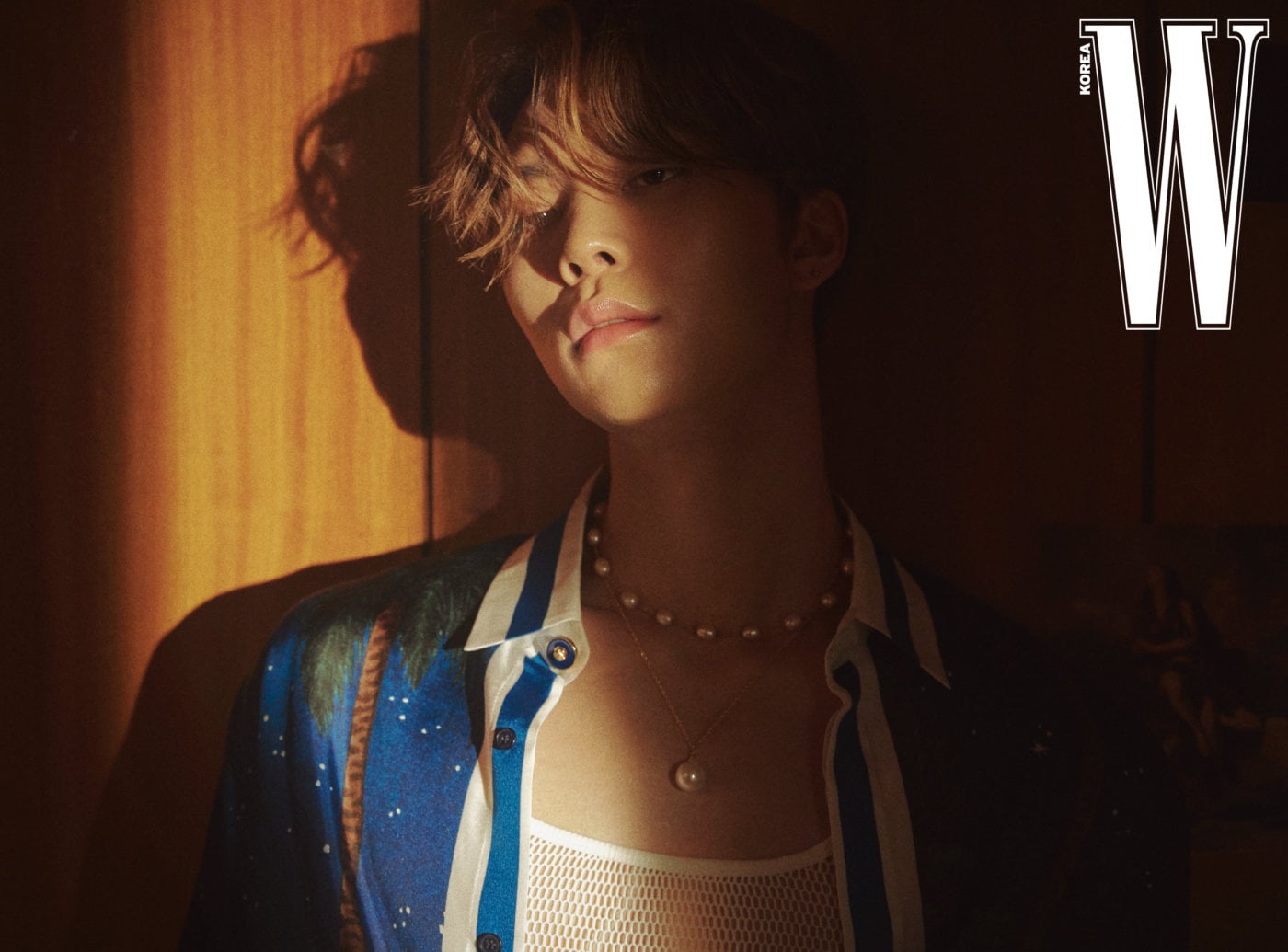 He continued, “My mom is also the person who taught me how to live in the present and enjoy it. She frequently told me that experiencing things first-hand was important.”

Jaehyun picked his grandmother, explaining, “She is retired now, but until recently, she was a dancer even as she approached her eighties. She watches every one of my broadcasts and always sends me a message of feedback after. Since she’s a dancer, she gives advice on how I dance, but also about what kind of mindset I should have while living life.”

When asked what keeps them going, Johnny picked his fans, members, and family. He explained, “When I think about it, I think people have really kept me going. My fans are the reason I do anything. My members are my companions who work with me for that same reason. My family members are my roots. To have some place to go back to is a completely different story. My family reminds me that it’s okay to stumble sometimes and that I have some place to return to.” 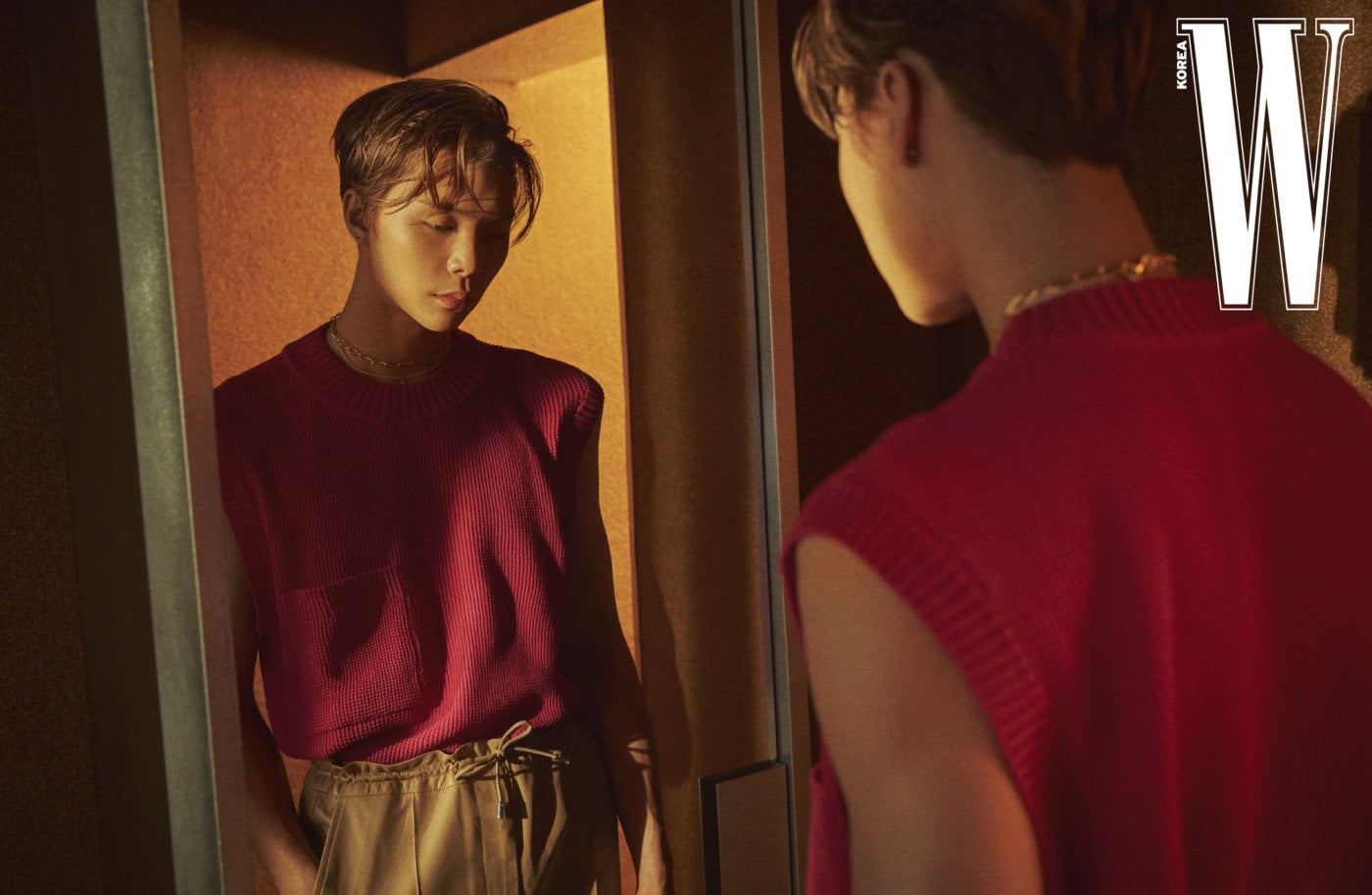 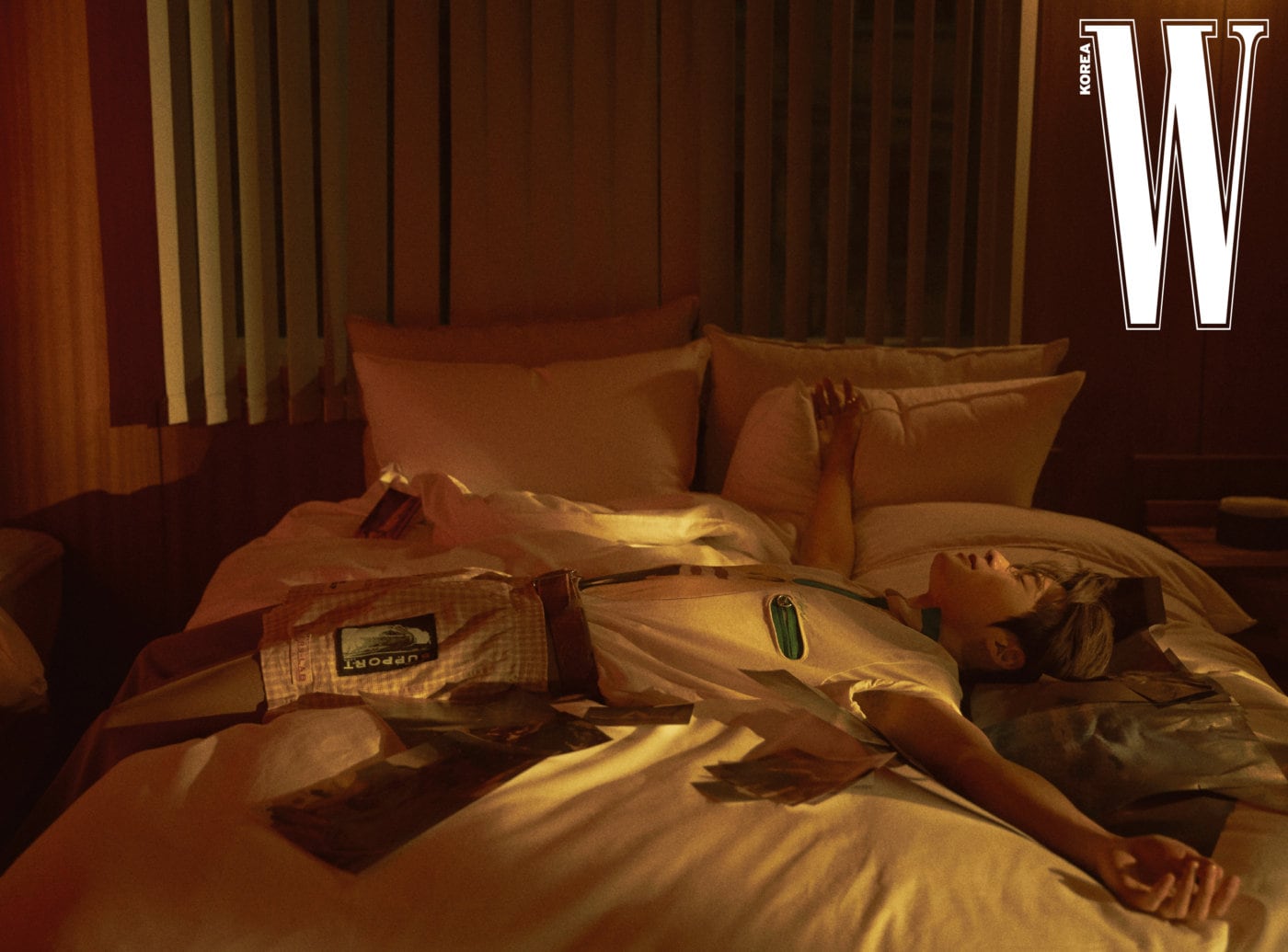 Jaehyun shared, “I was able to endure my time as a trainee because I enjoyed music. The same applies now. I like our music, and I obviously gain a lot of strength from fans who come to see our performances. One thing that’s changed is that I used to rely on those around me as my ‘crew.’ Now, I try to find a driving force within myself.”

He continued, “While I beat myself up, I also praise myself to become stronger and more aware. I think from this aspect, I’m really maturing as a person.” 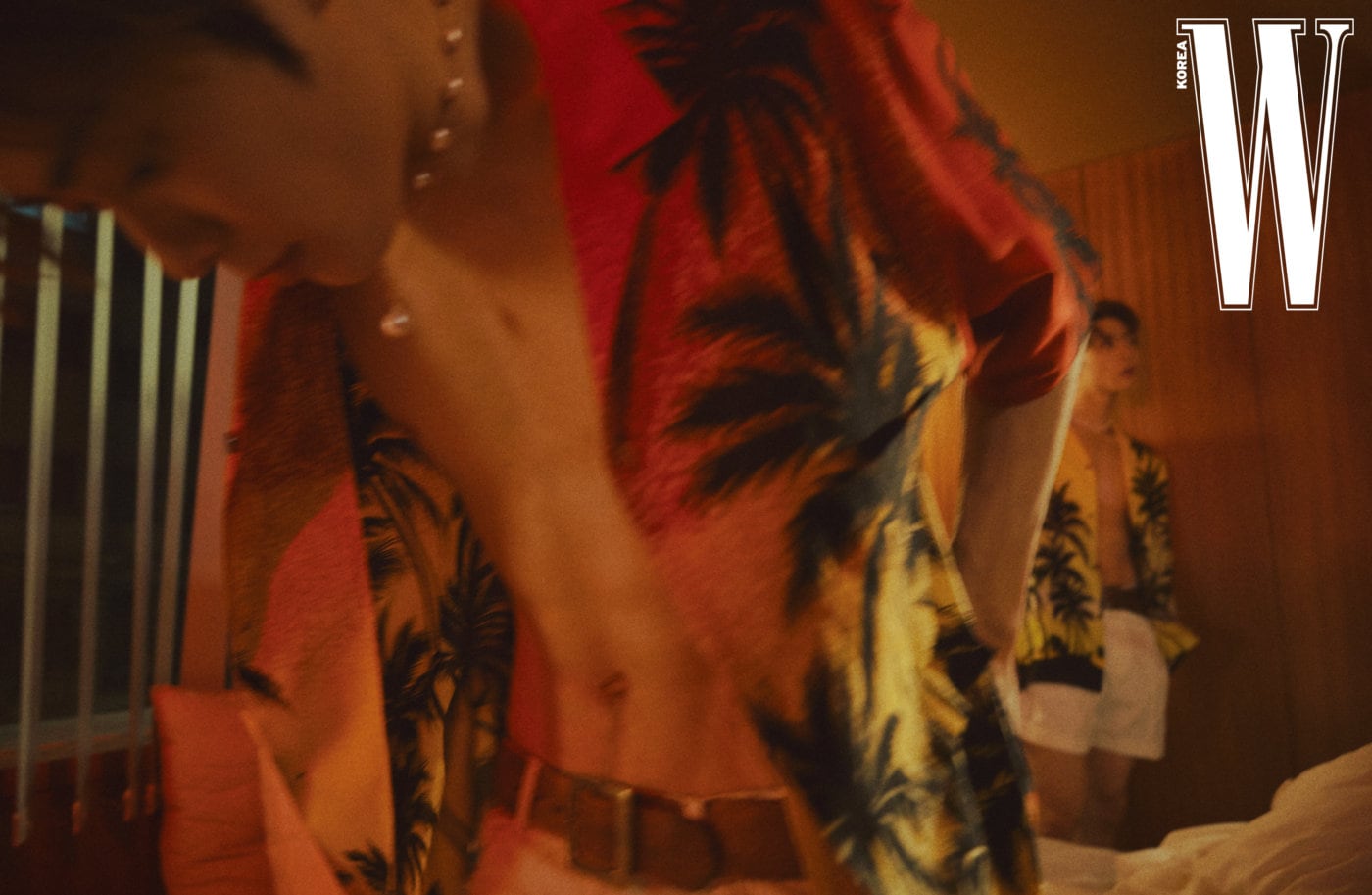 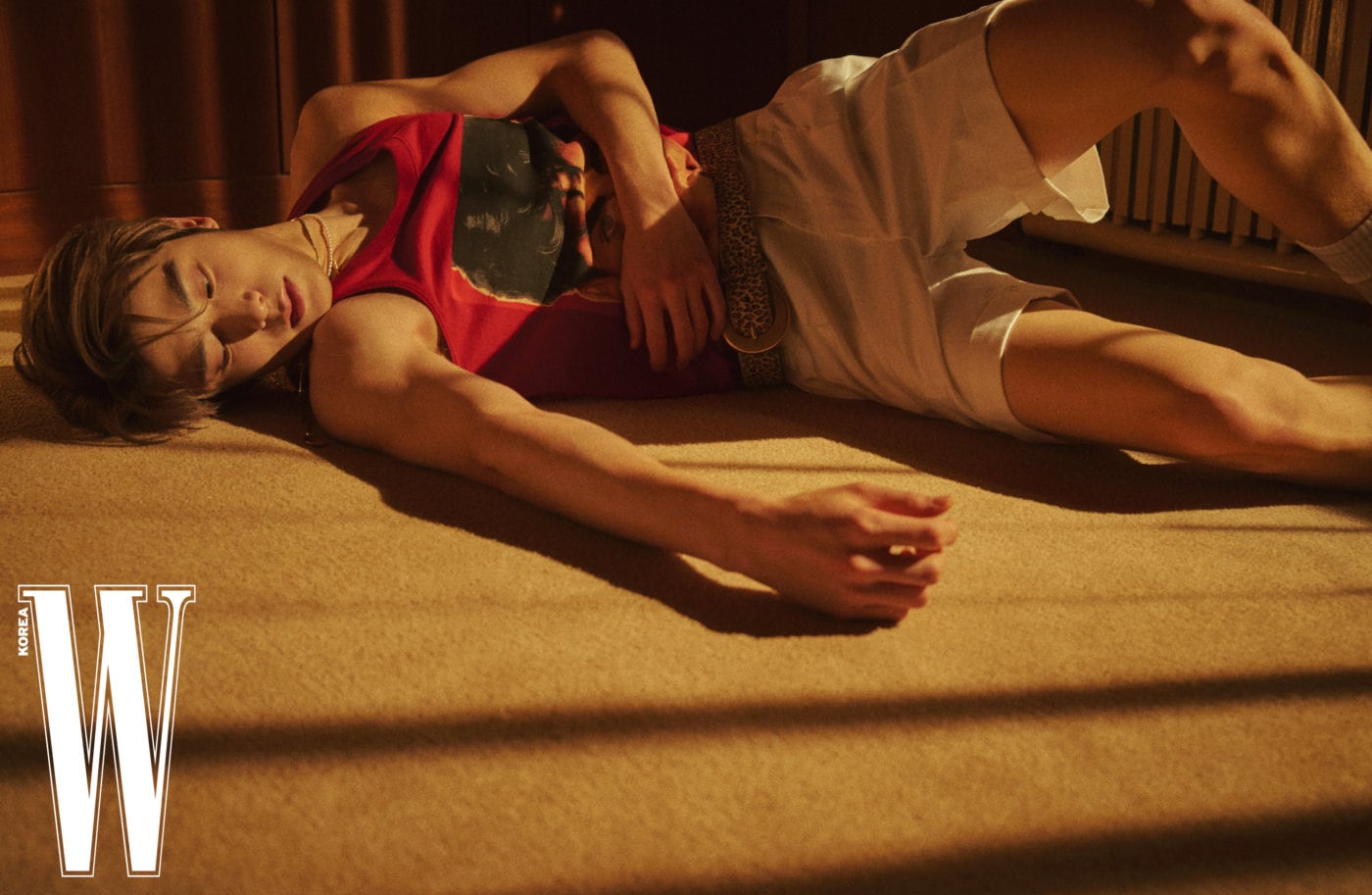 The two were also asked what they would tell themselves if they could turn back time and return to their respective debut stages. Johnny replied, “Be confident. Even if you’re unsure, try out everything.”

He added, “I don’t know how it looks on the outside, but I think my mindset has changed a lot since then. I am much more relaxed now. Since I repeatedly used to tell myself I was a cool and bold person, I think I am able to be so bold today. I don’t know why I could only see my flaws back then. Now, rather than try to fix my flaws, I think more about how to emphasize the skills I have.”

Jaehyun answered, “Do what you want, what you think is right, and what you enjoy. Although I know that you will do well on your own, it’s okay to face everything more daringly.” 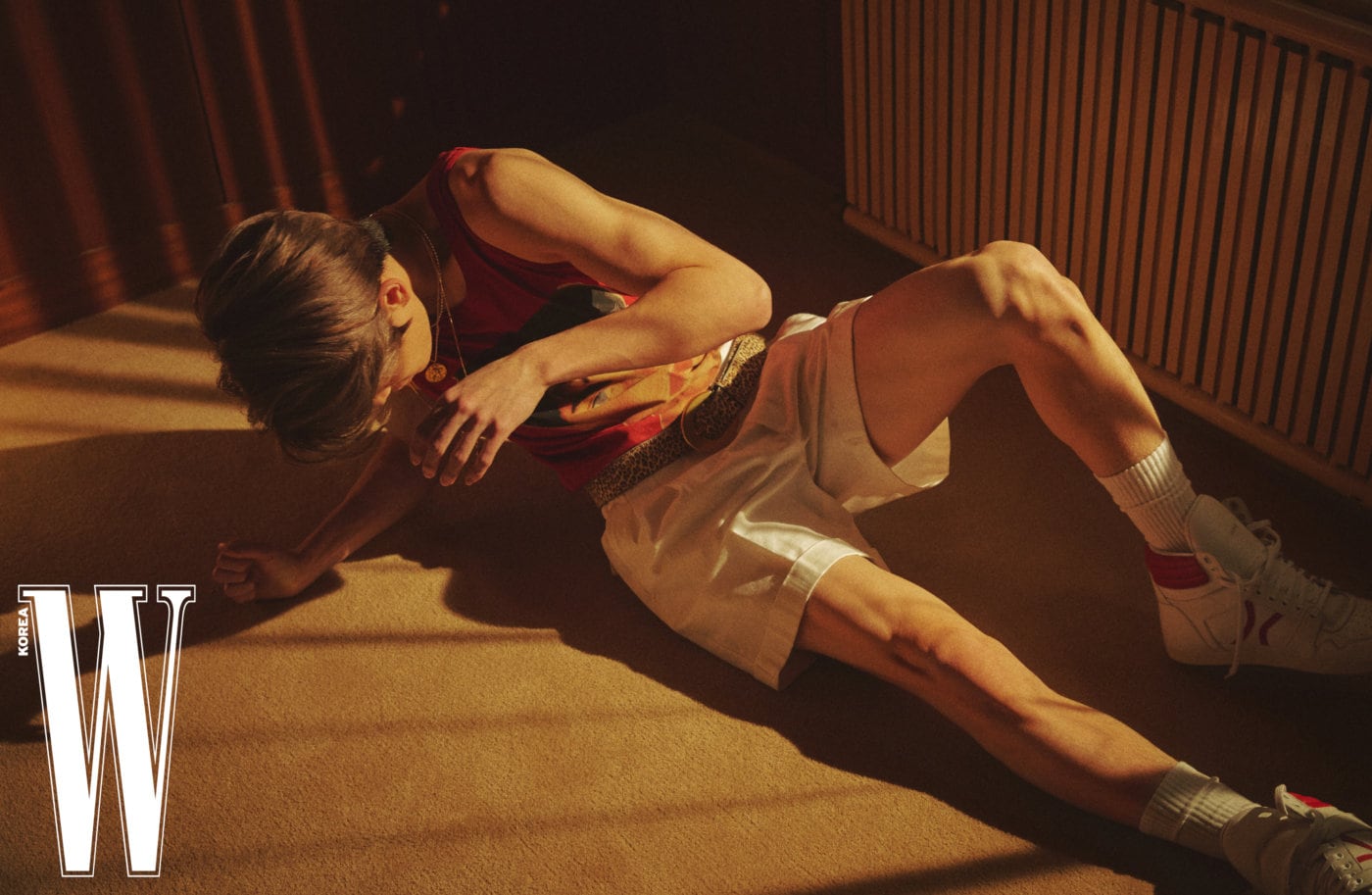 Johnny and Jaehyun also picked three words that they thought best described them. Jaehyun chose classic, continuous, and firm. He shared that he enjoys classic things, works to continuously learn and improve, and tries to firmly stand his ground. Johnny picked energetic, romantic, and selfish. He explained the last term, saying, “I picked the last word because I have to be happy in order to bring happiness to those around me. I have to be stable to take care of others with greater consideration.”

Lastly, the stars were asked what stage they think they are currently in, both as people and as musicians.

Johnny answered, “It always feels like I’m at the starting line. Even if I’m doing the same thing, I think you have to approach it with a new mindset in order to grow.” 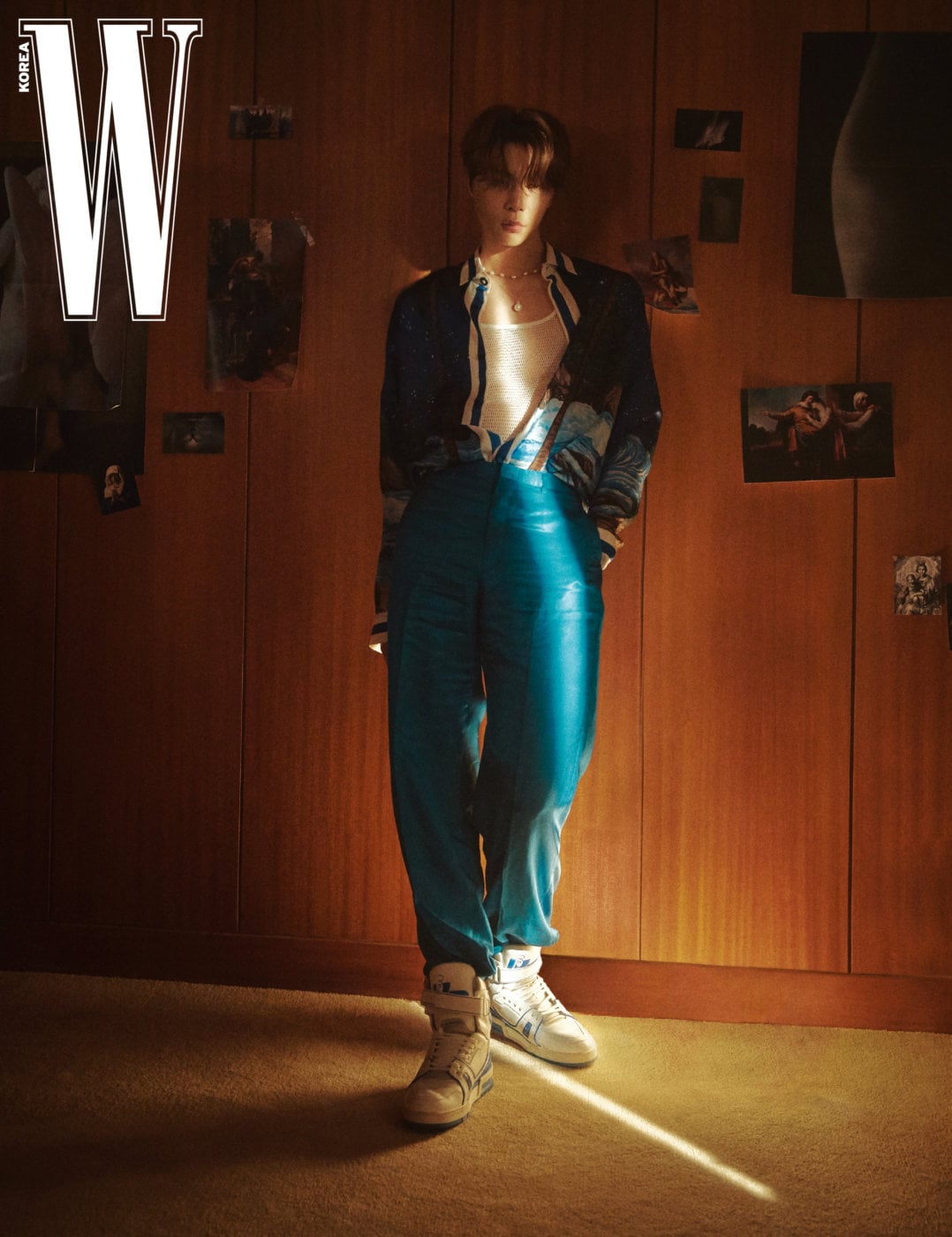 Jaehyun shared, “As a person, I think I am slowly becoming more mature. As a musician, I think I am looking at a far end goal and working towards making it mine.”

Catch Jaehyun and Johnny’s full photo shoot and interview for W Korea on April 28 and 29.