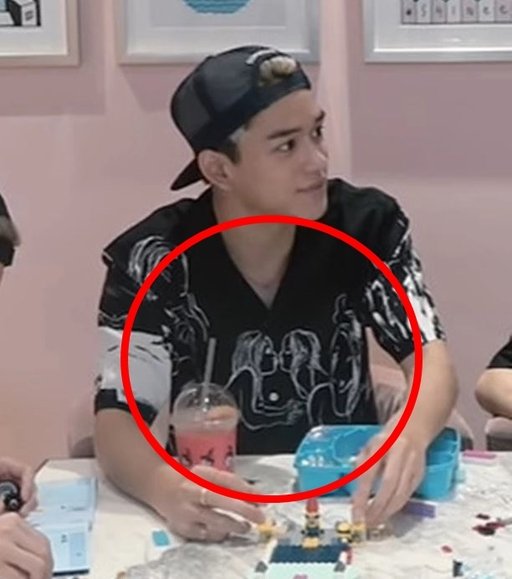 Article: NCT Lucas, design of t-shirt he wore on TV under controversy… “sexual” vs “just fashion”

2. [+422, -30] SM is always being betrayed by their Chinese members but they refuse to give up on creating groups without them. Sure, the Chinese market is huge, but what’s the point in training any more of them when they always betray you?

4. [+40, -4] Love seeing the stupid fangirls shield him when I bet they’d be the same people who would snicker and call them a pervert if they saw someone wearing it on the streets ㅋㅋㅋ

5. [+36, -1] The other part of the t-shirt is covered in these screencaps but there’s more below where a woman is naked and has her legs spread

8. [+22, -6] SM started to go downhill ever since they came out with NCT. What do you expect from a group who has a scammer as a leader, tsk tsk tsk.

10. [+14, -0] The rest of the t-shirt is so explicit that I don’t think even the journalist could put it up. Underneath the two girls kissing, there’s another one of a woman with her legs spread..

12. [+9, -1] So many people fail to differentiate between what’s appropriate for a public figure and a normal person… this is gross…