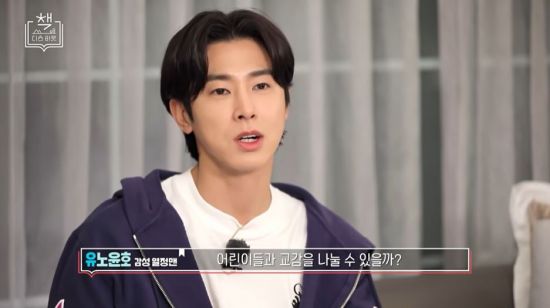 Article: “He goes to illegal parlors but is talking about fairy tales? Shameless” Criticisms rain on news of Yunho releasing a children’s book

2. [+386, -8] Now this is just wrong. The best thing he can be doing right now is just spending time in quiet reflection. Why is he releasing a children’s book?

4. [+54, -1] Here’s another title recommendation: The sleeping beauty of the forest salon!

5. [+49, -4] Since he was caught at a member’s only room salon, I wonder if his book will only be sold to members too? What fairy tale could he have found at a room salon… Imagine releasing a children’s book at all after being caught drinking with women ㅋㅋ this is so random that I’m almost embarrassed for him because it’s so wrong.

7. [+42, -3] A hypocritical man who was acting all upright on TV while doing all sorts of dirty things behind the scenes is now releasing a children’s book? What does he expect children to learn from him?

9. [+41, -6] For him to have gone to a room salon while breaking lockdown rules must mean he’s really into this type of thing.. and he was just unlucky that he was caught because I doubt it was his first time going there. Can you imagine a guy who’s into drinking and getting laid releasing a children’s book? How can you defend this?

10. [+17, -1] ㅋㅋㅋㅋㅋㅋㅋㅋㅋ This is hilarious ㅋㅋㅋㅋㅋㅋ this parlor man is really doing anything that will make him money ㅋㅋ is he releasing a children’s book now that his fans are all old enough to be mothers? ㅋㅋㅋㅋㅋㅋㅋㅋㅋㅋ