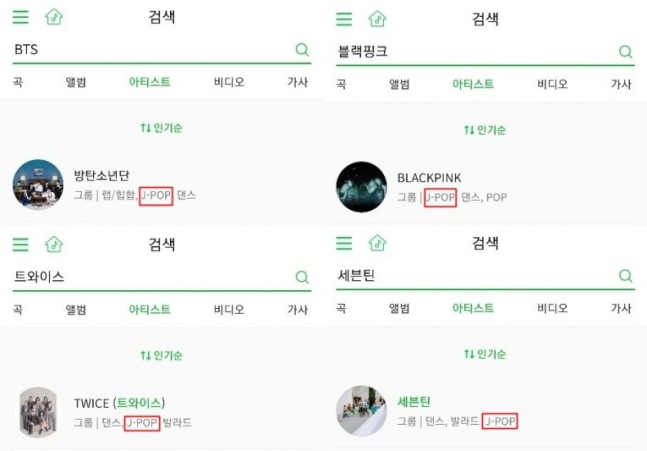 1. [+92, -3] This makes me feel iffy. I don’t think it’s right to label K-Pop groups as J-Pop. I’m sure international fans who know K-Pop well would be able to tell the difference but what about the new international fans who are just getting to know these groups? I think it might cause a misunderstanding where they might think of BTS as a J-Pop group.

2. [+51, -3] Melon’s realy starting to feel like a Japanese company. Fandoms, please leave the site. They’re labeling all the popular K-Pop groups as J-Pop. They’re probably setting the foundation for the future in 50 years where they can use this as evidence to start claiming K-Pop as theirs. When have you ever seen singers from other countries release so many Japanese versions of their own albums? Just release English versions from now on.

3. [+32, -3] What is this?! Is Melon Japanese now? Why are K-Pop artists being labeled as J-Pop? Why would you want to introduce your own country’s artists to the world as Japanese? This is so ridiculous, I’m deleting the Melon app from today on.

5. [+5, -1] Anything a Korean artist sings should be labeled under K-Pop. Just because they sang a song in Japanese doesn’t change the fact that Koreans produced it and Koreans sang it. Why does Japan get to take the label when they had no part in producing it?? Then what does that make BTS’ ‘Dynamite’? American Pop?????? Get rid of this J-Pop tag immediately before we start boycotting Melon.

6. [+4, -1] Just stick to Bugs Music or Naver. Neither of those sites label K-Pop groups as J-Pop. Seems like Melon has come into some investment money by the hands of the Japanese. Labeling BTS as J-Pop just means we should no longer be using their services.

7. [+3, -1] I’m sure fans who are well versed in K-Pop won’t find this confusing but I can see it causing a lot of misunderstandings for first time K-Pop fans. I think it’s best that we don’t cause these confusions in the first place. Melon is a popular Korean streaming site which means there’s a bigger chance to cause confusion. Please fix the J-Pop tag immediately. 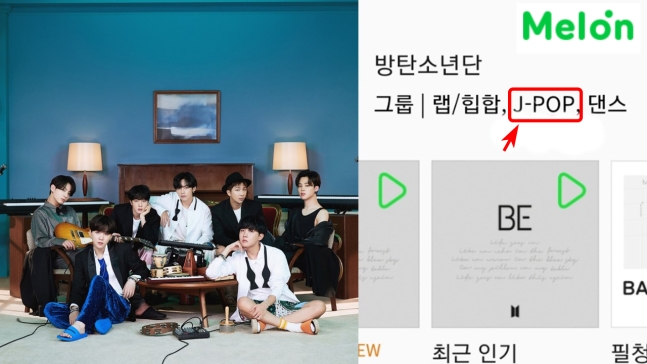 1. [+2,766, -9] Melon, fix this immediately. Your reasoning doesn’t even make sense. So releasing an album in Europe makes you a Europop artist now?

2. [+1,550, -11] I searched BTS in Melon and saw J-Pop come up. That felt so wrong. Just because they released albums in Japan isn’t enough reasoning. Fix it and label them as K-Pop immediately.

3. [+990, -4] BTS, Black Pink, and TVXQ are all labeled under J-Pop. There must be another reason behind Melon’s pathetic excuse.

4. [+578, -17] So just because they sang a few songs in Japanese, all of their other releases in Korea and the States are all ignored and left in the back?

7. [+95, -0] Are they insane? I have never seen such an insane company. I won’t be listening on their site anymore. They should know that this is wrong and fix it but instead they’re making up excuses.