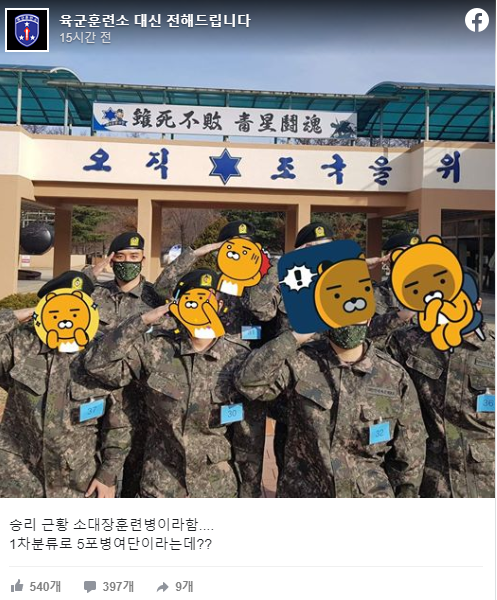 Article: Picture of Seungri with his troop ‘leader recruit’ after enlistment

7. [+54, -0] So embarrassed of our legal system that it’s this difficult to send a guy like him to jail. If I worked in the legal industry, I’d feel so hopeless~

9. [+35, -0] The reason the army is rotten is that whenever they get a celebrity in their troop, they’ll use him to promote themselves even if the celebrity is serving like sh*t. They also give him the royalty treatment in case bad word gets out to the media. That’s no army.

11. [+30, -2] I bet you he’s already paid everyone off and thinks of them as below him… There will always be people who will suck up to you as long as you give them money and attention.

15. [+22, -1] I will allow bullying in this squad to pass if it happens… I wish his seniors don’t even treat him like a human being