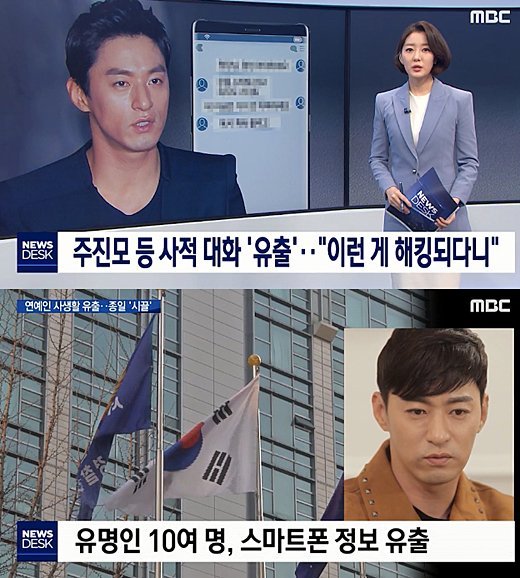 1. [+4,311, -337] I really thought Jang DG was clean… Why are celebrities so dirty? And yes, these men are a problem, but so are the women who are sleeping with these men just because they’re famous…

3. [+3,400, -64] Wow~~~ it goes to show that there are no secrets that last forever. I bet there are a lot of celebrities who are scared right now. Seriously disappointed in them.

4. [+503, -14] Wow, while Go So Young was pregnant, too ㅠㅠ Jang Dong Gun really talks like women are nothing but sex products to him ㅋㅋㅋ and it must be tough for Hyun Bin to act all innocent on his drama when he’s totally dirty in real life ㅋㅋ Sucks for Go So Young’s kids, I bet rumors are already flying at their schools

5. [+467, -6] Lee Byung Hun must’ve thought it was so unfair how he was the only one who was caught when everyone else is like him too ㅠㅠㅠ

6. [+454, -13] Ah, they even said Lee Jung Jae and Jung Woo Sung practically live at the brothels ㅋㅋㅋ gross, no wonder they haven’t been able to get married yet. Song Seung Hun too ㅋㅋㅋㅋㅋㅋ

8. [+384, -9] Jung Woo Sung acts like he’s all for refugee rights but apparently he hangs out at the clubs like he lives there ㅋㅋ

9. [+370, -6] This is basically golden phone version two ㅋㅋㅋㅋㅋㅋ disgusting. They act all reserved and cool on TV but they’re really just desperate animals who will do anything to try and sleep with a woman.

10. [+344, -5]
A: Ah f*ck, I’m really craving some right now ㅠ
B: I’m slowly getting my engine ready, going to try both today ㅋ
They’re so disgusting, I’m actually going to throw up ㅠㅠㅠ I’ll only be thinking of this whenever I see their faces on TV, ugh

12. [+301, -7] Apparently the ‘Bin’ in the texts is Hyun Bin but he’s been staying quiet without any denial articles. He probably knows that it’ll be worse for him if he denies it and it ends up being true anyway ㅋㅋㅋㅋ

13. [+286, -6] Jang Dong Gun has maintained a clean image since his debut without any scandals and now he’s lost it all. Why would you ever want to see another woman when you’re living with someone like Go So Young?

14. [+284, -3] I always thought Joo Jin Mo was that kind of guy so I’m not as shocked but JDG is truly shocking… I really got the impression that he was upright and proper…

15. [+236, -4] I have no idea what Joo Jin Mo was thinking by not paying the hacker off when so many top stars are involved in this. Now he’s ruining not only himself but the careers of others too.

4. [+100, -1] Joo Jin Mo’s wife is a Seoul University graduate, how is she even able to hold a conversation with him? Judging by his texts, his intelligence level is quite… low… ㅋㅋㅋㅋ

5. [+71, -1] Now I see why Joo Jin Mo was so up in arms about suing the hacker. He knew that he was already under the crime of spreading illegally filmed material. He didn’t want to go down by himself as a sexual criminal. Sure, it’s fine that he played dirty before he got married, but I noticed that the women were all celebrity trainees or Miss Korea models… I bet you that he promised to get them roles if they slept with him too. He should’ve stuck to sleeping with brothel girls.

6. [+62, -0] If you look at the pictures of the girls he slept with, he has a certain type and they’re all plastic… what a way to ruin his image… He’s probably around beautiful actresses all day, why would he want to sleep with such cheap looking girls?

8. [+51, -9] The pictures are quite shocking… taken from bed and all. He’s worse than Seungri, definitely not less. Too bad he’s not under YG which means he’ll end up with jail time no matter what. But yes, let’s also not treat these women like they’re victims either. They were paid to sleep with him. At most, they’re victims of hidden camera crimes. Pr*stitution is a two way street.