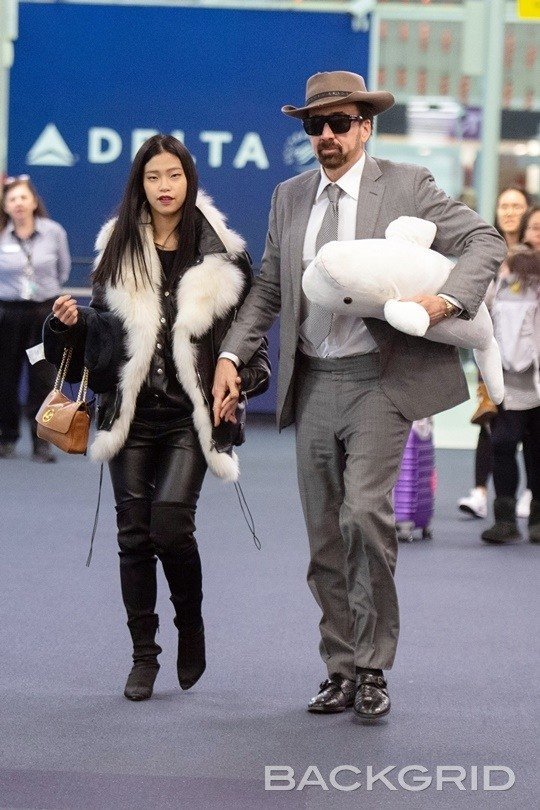 Article: [HollywoodPOP] Nicolas Cage on a date with his Asian girlfriend… holding a doll present

4. [+55, -2] I noticed that white guys who are into Asian women are all into the same, weird looking girls who look like ghosts. Is it some type of fantasy that they have that they consider those features to be a pretty Asian face? Faces like hers would be considered busted in Korea.

7. [+34, -0] Damn, she’s so ugly!! The type of face that Korean men hate the most. She looks like a high schooler you’d find outside with her skirt way too short, spitting on the floor.