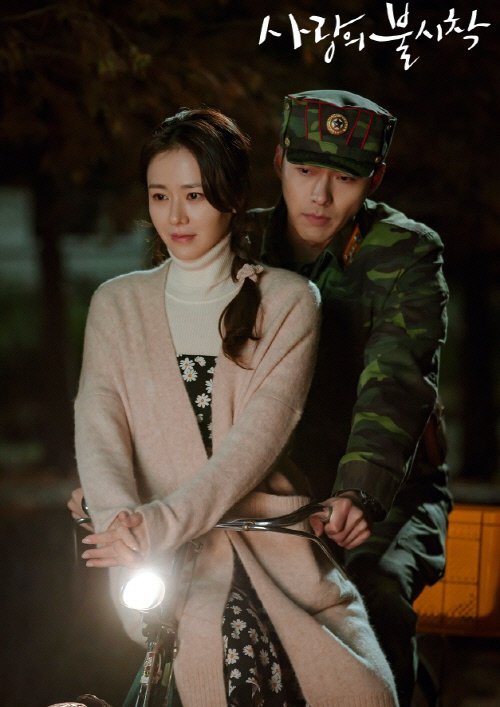 “Young Ae is so similar to the wives of the upper class in the North. And there is no soldier as handsome as Hyun Bin either.”

“The drama has so much well thought out detail that even among us defectors, we call it one of the best depictions of North Korea (laugh).”

“There were times in real life when the electricity went out, trains would stop running, there was no heating so we had to start wood fires. It’s very behind compared to the South. I wouldn’t call the drama a glamorization of the North when they show it for what it is. It’s a drama made to entertain so I think people should just view it as that, a drama.”

(On Style): “The style is totally from the North. Especially Young Ae. Na Wol Sook is exactly what the wives of the soldiers act like. You have to keep your hair tied up in a reserved style. Long or permed hair are not permitted in the North.”

“Ri Sul Joo’s style was trending in the North when I was still there. Before her appearance, most women wore something similar to soldier uniforms or work uniforms. Ri Sul Joo made things like dresses and blouses more popular.”

(On the drinking of soju in the drama): “We don’t drink the soju from the drama. In the North, people make their own alcohol, which is actually done in private since it’s not permitted. We have a variety of different alcohol like acorn, etc that is produced in a factory in Pyongyang. Every city has a factory for it. My mother made corn alcohol and sold it in the market. A lot of the families will make their own food at home to sell.”

(On housing checks): “It’s a lifestyle. You’re not allowed out after 10 pm, and guests must be registered. You’ll be legally penalized if you hide anyone. Most houses get checked if there’s a report of someone watching Korean dramas in there. The entire neighborhood is subjected to it but it’s usually one house that’s targeted, and there really are cases where people will hide in the kimchi cellar. The penalty for watching Korean content is the worst. You can get the death penalty or even sentenced to jail for life just for watching one episode. If you’re rich, you get away with 5-10 years in jail.”

(On soldiers as handsome as Hyun Bin): “This was the most ridiculous. There is no soldier as handsome as him in the North. In the North, men with chubby faces like Jun Hyun Moo are considered handsome. But in the younger generations, they do prefer types like Lee Min Ho, Hyun Bin, and Kwon Sang Woo.”

4. [+59, -3] “What’s most ridiculous is that Hyun Bin is a North Korean soldier. There is no soldier who looks like him in the North (laugh). Pyo Chi Soo, Geum Eun Dong, and Ear are similar.” ㅎㅎㅎㅎㅎ

7. [+35, -22] Please use uglier actors. How is Hyun Bin a North Korean soldier? Get someone with some burn marks on their head, someone who looks rough.

9. [+27, -3] The drama makes you realize that North Korea is still in worse condition than we were in our 70s. It makes me grateful that I get to live where I do.