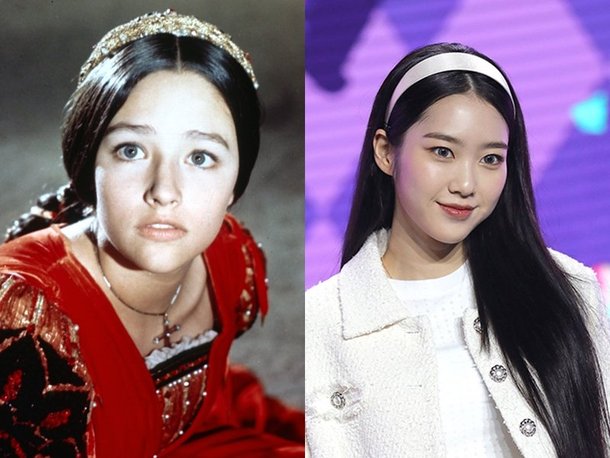 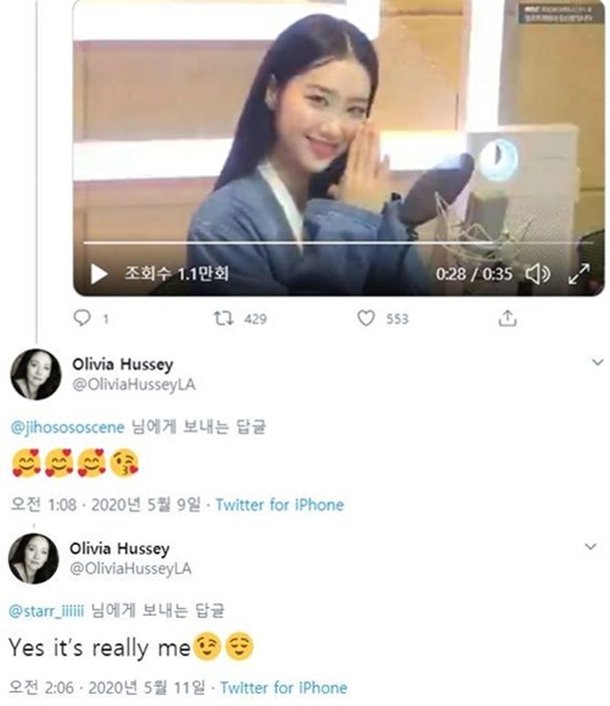 
Source: The Celb via Nate

2. [+769, -40] ㅋㅋㅋ Olivia Hussey looks so innocent and pretty even now~ Jiho doesn’t have the same feel as Hussey at all, doesn’t even look like her ㅋㅋ

7. [+31, -1] The only Olivia Hussey lookalike is Eugene ㅋㅋ I don’t know who this girl is but she doesn’t look like her at all

8. [+27, -2] Hussey is too humble, she’s not even in the same league as herself. Pretty daebak that Olivia Hussey left a comment though.