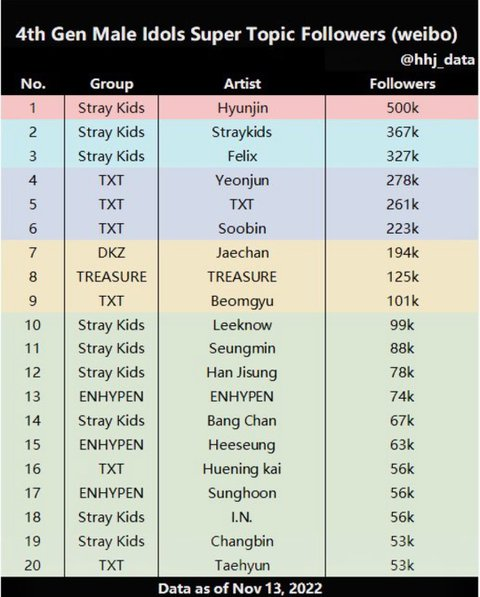 It’s based on something called Weibo’s “Super Topic”, apprently, it’s a place where the Chinese kids go to fangirl

Anyways, I really don’t understand popularity. Just a few months ago, when they released Maniac, they could barely sell a few tens of thousands of copies in China but suddenly, they shoot up to selling 10x more

I knew that SM really works hard with the Chinese market so this is quite ironic. It makes me wonder if Chinese kids like those fancy manhwa-like faces like Hyunjin and Felix’s and Jaechan is pretty solid too.. maybe because of his drama? They may have the Hallyu ban, but they are still watching every drama out there

Stray Kids sure are super popular