Search
Idols like Jang Wonyoung, Karina, Winter, Jennie, etc. get hated on every day no? But to be honest, aren’t they just jealous of female idols?

I’m not saying that I’m not jealous of them. And to be honest, I’m obviously envious because they are pretty, slender, are earning money well and they live a successful life so of course I’m f*cking envious. But just like I said, that’s the extent of my jealousy. I don’t have any desire to hate and nitpick on themㅋㅋㅋㅋㅋ

To be honest, it’s not like I will meet them in my life and it’s not like they will impact my life nor are they someone I will see right now at school or at work so just why are people so jealous of them…?

Rather, when I do get jealous, I’m even more jealous of the girls around me who are prettier and more successful than me. At least, these kids’ presence is intertwined in my life (for example, my crush could start developping feelings for them and whatnot). I can’t help but compare myself to someone right next to me so if I was to get jealous, I would be jealous of the people around me.

As for celebrities, shouldn’t the jealousy end at “I’m just envious of them”?? I honestly don’t feel one once of jealousy to the point that I just view them as people of another world. So just why are people jealous of them? I’m honestly curious

By the way, I’m not a fan of any idol, I’m just curious about the psychology of the people acting like antis towards them 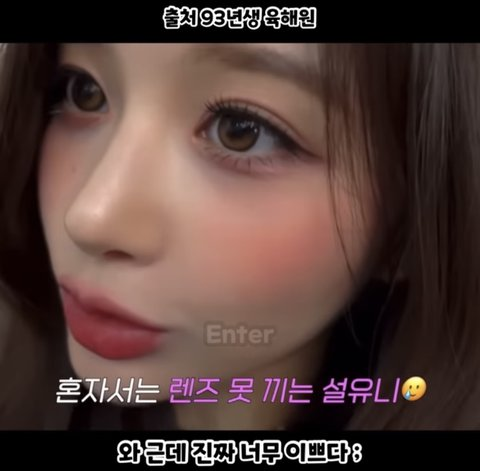 “Sullyoonie who’s the only one not wearing color lenses

– Wow but she’s really too pretty;”

Ah I f*cking agree. You think that f*cking same thing as me. If I’m jealous, I’m also jealous of the kids around me. What’s there to be jealous of when idols will never meet you in real life and will never be and who will never hinder your life?ㅋㅋㅋㅋ

They’re just living in their own world. There’s nothing to be jealous of

To be honest, more than half of the people who are jealous of female celebrities are jealous because they are too deep into their pseudo relationshipsㅋㅋㅋㅋㅋㅋ these people don’t even know how these male idols are in real life but they are jealous when these female idols get too close to himㅇㅇ So in the end, they start hating them