BTS’ V’s ‘Christmas Tree’ was selected as the most popular Christmas song on Spotify, proving its global popularity. 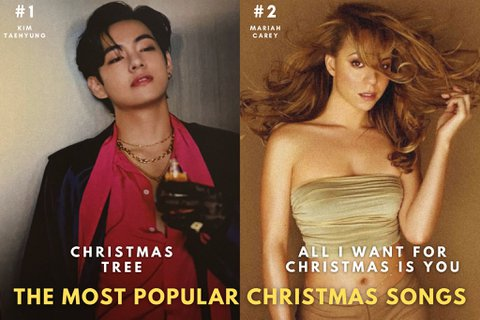 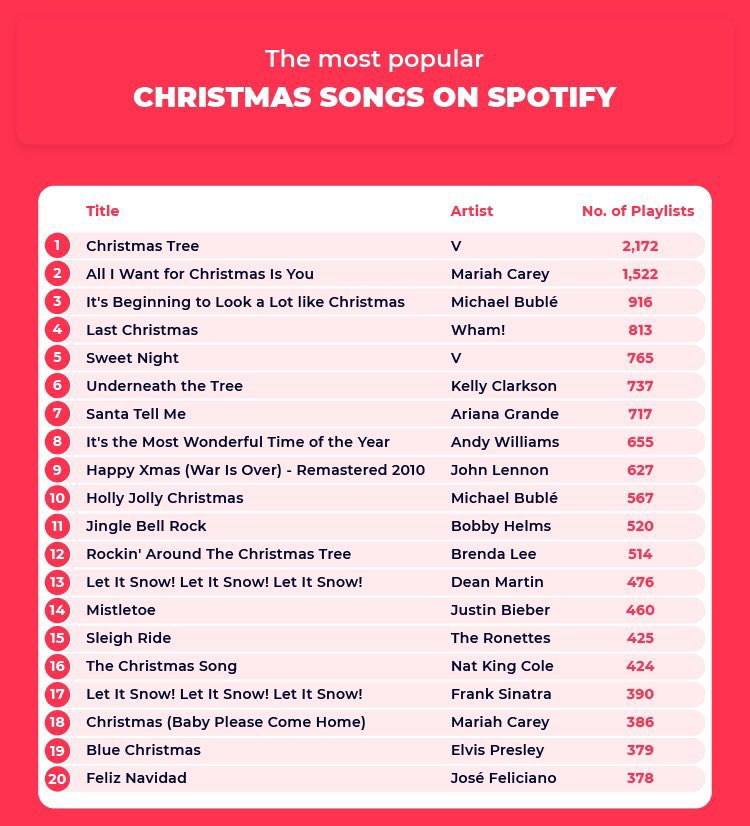 I guess it’s because his song always makes it to Christmas playlists? But the song is actually good, you can listen to it starting now and it’s good. I enjoyed the drama but his voice was so smooth that it’s perfect for colder weathers. I hope this becomes a staple for Christmas songs

Looks like people all around the world have similar ears. The song is good so of course it’ll go for the long run and keep receiving love

OP’s post needs a bit of explanation. The most popular Christmas song selected in the Spotify playlist announced by Edinburgh Live of Reach plc, Britain’s largest news media group, was none other than V’s ‘Christmas Tree’.

‘Christmas Tree’, which was selected in 2172 Christmas song playlists, was followed by Mariah Carey’s ‘All I Want for Christmas Is You’ and Michael Bublé’s ‘It’s Beginning To Look A Lot Like Christmas’.