Search
As expected, NewJeans are the trend 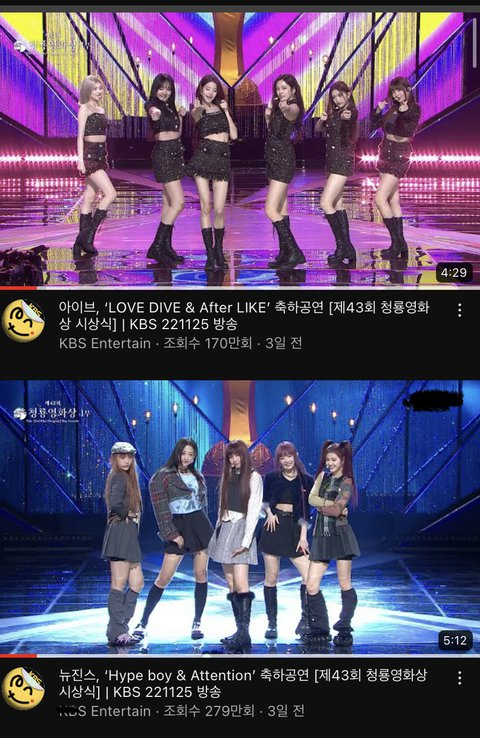 (T/N: videos are from the Blue Dragon Film Awards and views are in 10K)

I can tell that IVE’s bubble will burst soon

The actors’ reactions to NewJeans were legendary

The difference in their live skills were also immenseㅋㅋㅋ

As expected, Nate Pann only hate on female idols who are the one topㅋㅋㅋㅋㅋ In reality, IVE is winning Daesangs and is the most successful one top group. What’s more is that they are not even from a big company, they are young and it’s a group filled with pretty kids but they already won a Daesang and are sweeping through the CF feals. they are doing so well that the Gallery b*tches are dying from jealousyㅎㅎ yup, anyways, the general public on Pann and the real general public are total opposite so everyone knows that you guys are faking the upvotes on your nobody groups, while looking down on top groups like IVE. So today, we just learned once again that IVE is the #1 winner so thank you ^^ IVE congrats on your Daesang~~ The Gallery b*tches are going crazy with their jealousyㅎㅎ

But for real, there’s a bigger difference than I thought?? Is it because NewJeans’ video was uploaded a day before?? It’s almost a 1M views difference