And Youngji was shy because it was BTS

They kept sitting down and getting up

Later half of the video) Suddenly, Jin’s tension rose and he became so talkative, his tongue got twisted and it felt like he was revealing all his flaws (t/n: it’s a joke) 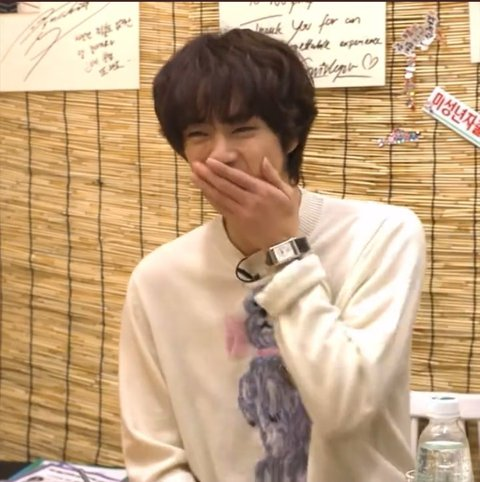 I’m honestly another group’s fan but when Youngji said that she was going to the washroom and Jin said “it’s quite cute”, I don’t know how many times I played it f*ck it was heart fluttering f*ck……..

When Kim Seokjin was sticking his signature at the back and said “Shall I stick mine too?” in his aegyo voice, I honestly almost died…

But am I the only one who is f*cking shocked that there’s a 10 years age gap between Jin and Youngji? I can’t believe that Jin is 30 with his face and physique…