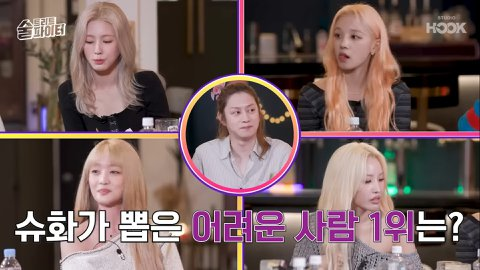 “The most difficult member picked by Shuhua is?” 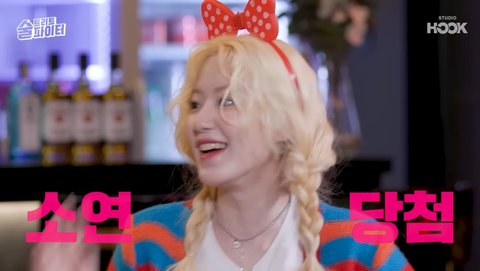 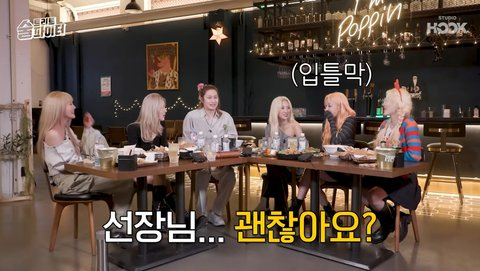 “Captain nim are you okay?” 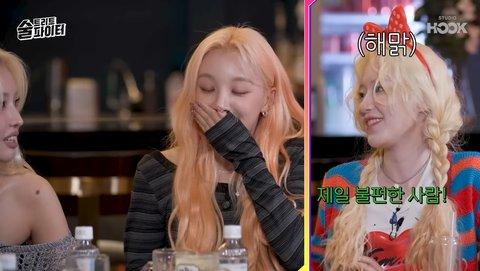 *Bright* “She’s the person I’m most uncomfortable with” 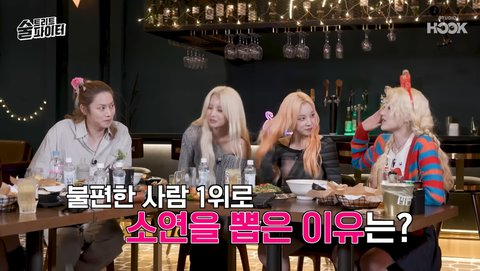 “What’s the reason you picked Soyeon as the #1 person?” 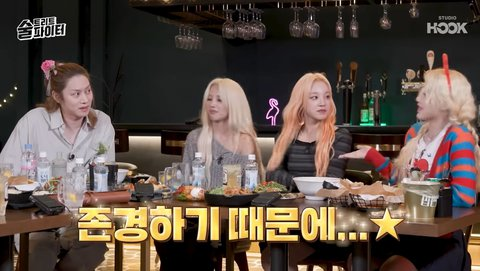 “Because I respect her..” 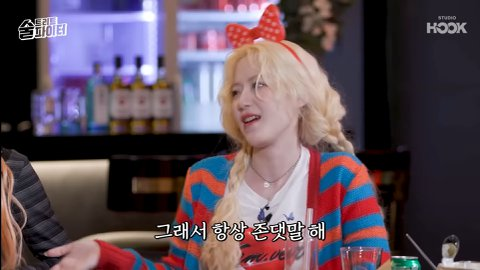 I love Shuhua too much ㅠㅠ 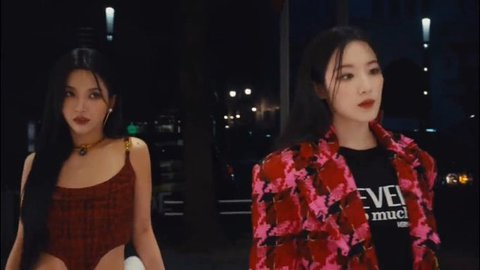 Shuhua even said that Soyeon told her to not overdo it with the blonde hair and that it was okay if she just went for something safe ㅋㅋㅋㅋ Shuhua officially said: If I didn’t want to bleach my hair, even if the president begged me, I wouldn’t do it. This was done because it’s my choice, not through persuasion 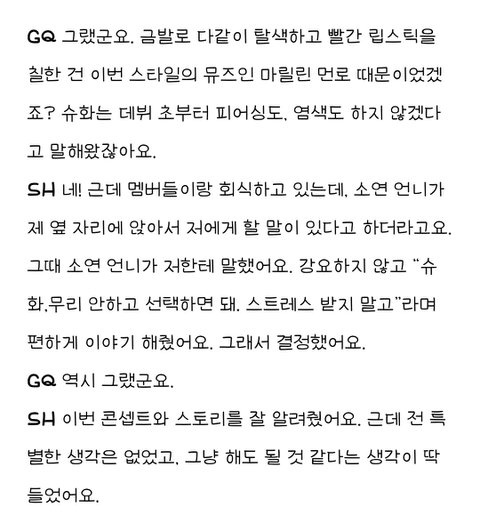 GG: [paraphrased] asking whether the muse was Marilyn Monroe because everyone had blonde hair + red lipstick. + mentioning that Shuhua said she didn’t want to dye her hair

SH: Yes! But I was having dinner with the members and Soyeon unnie sat next to me and said she had something to tell me. At that time, Soyeon told me this. She didn’t force anything, she said “Shuhua. Don’t push yourself, you can choose. Don’t be stressed.” and she talked to me comfortably. That’s why I decided [to do it].

SH: I was told the concept and the story very clearly this time. But I didn’t think much of it. I just thought to myself ‘I can do it’.

But Shuhua really shows that she respects Soyeon. If you watched Secret Folder, you can tell that whenever Soyeon talks, she just goes “Yes, yes, yes,” and I think this is why Soyeon babies Shuhua a lot too, it’s nice to see

Everytime I get reminded of the scene in Secret Folder when Shuhua says that Soyeon is the reason why she improved, I get emotionalㅠㅠ