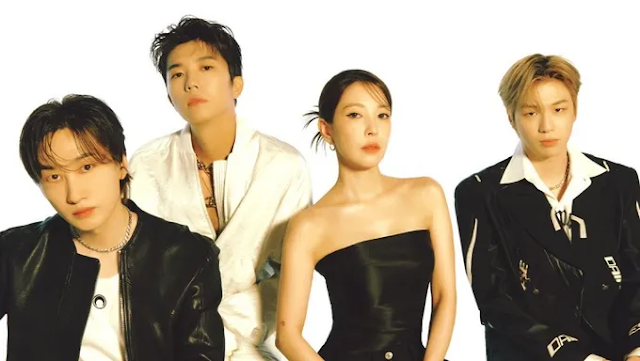 SMF must have some close relationship with SM

I hate seeing BoA and Suju Eunhyuk judging in the judges’ seats and it was dumbfounding but now, they are even sprinking SM in the mega crew challenge
We Dem Boyz’ song was sung by Taeyong and Mark and they are taking advantage of it to have SMF in the digital ranking. And EXO Sehun will appear with 1Million.
Honestly, SMF is already hitting big so using SM’s idols to help them is just an eba excuse. Personally, Vata is even more popular than Taeyong and Mark and Baek Guyoung is currently more famous than Sehun. Seeing how SM is spoon-feeding us their idols is disgusting
post response:
[+1,024][-260]
original post: here
1. [+385, -17]
Starting from BoA, it’s already problematic. Please stop judging on survival shows. And what’s the point of having Eunhyuk if he has no backbone and only agrees to everything BoA says?
2. [+382, -27]
I’m not a fan but can you even compare Mark-Taeyong with Vata? Even if you put all the muggle fans who know Vata, it won’t even come close to NCT’s fandom in Korea and overseasㅋㅋ
3. [+364, -25]
You’re saying that Baek Guyoung is more famous than Sehunㅋㅋㅋㅋ And that Vata is more famous than Taeyong-Mark, f*kㅋㅋㅋㅋㅋㅋㅋㅋㅋㅋㅋㅋ
4. [+362, -19]
The people who invested in the production were SM
5. [+336, -23]
What are you saying? Anyways, after 1 year, just like SWF, nobody will care about SMF after a year so stop overrating this show
6. [+214, -7]
But you’re the one watching a show made by SMㅋㅋㅋ then just don’t watch it
[Pann] BOA’S WORDS ARE DISGUSTING
Since when was BIIB “not sincere”?ㅋㅋㅋㅋ She’s just judging however she wants based on one video
post response:
[+533][-27]
original post: here
1. [+219, -7]
Seeing this is straight up what she would say to trainees.. does she think that the kids will practice more if she’s harsher with her words?ㅋㅋ but these are professional dancers so she should first be respectful and filter her words and talk to them politely. But since she’s not that smart, she’s talking to them as if she was talking to trainees
2. [+130, -7]
For real, who is supposed to be coaching who here?
3. [+120, -9]
For real; they danced with more sincerity than BoA herselfㅋㅋㅋ
4. [+100, -6]
Ah for real… I just watched the video and she was like “you shouldn’t be like this~” and was cursing at them, f*ck. Does she know that some times, even putting in effort is not enough,? But the two around her who kept going “you’re right you’re right” were even more annoying. Is BoA the law or something?
5. [+78, -5]
She should take care of herself first. Her standards are trash but rather than who should be teaching who, she just freaking pisses me off
✉ PC Stories