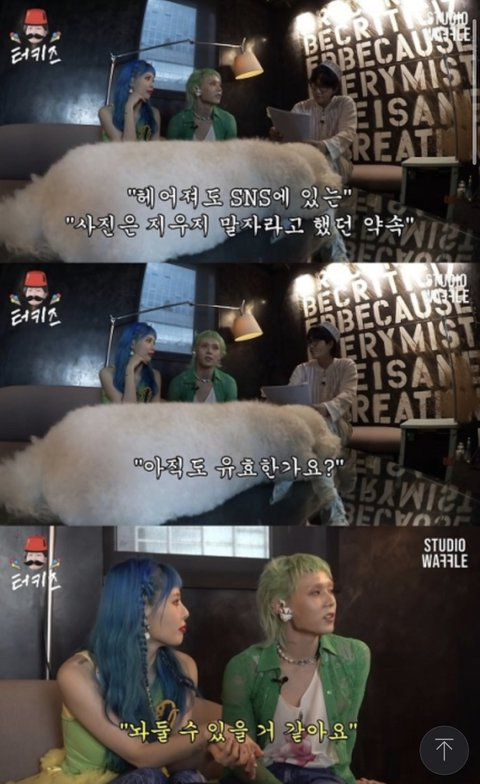 Q: “Even if we break up, we promised that we wouldn’t delete our pictures from our SNS”

– Is is still a valid statement?

A: I think that I’ll be able to leave them there

That’s what they say but I wonder if they’ll really leave them there?

No but to be honest, when I watched that, I was so dumbfoundedㅋㅋㅋ when you break up, you want to see one another the least so why wouldn’t they delete the pictures?ㅋㅋㅋㅋㅋㅋㅋㅋㅋㅋㅋㅋㅋㅋㅋㅋ

What the? They deleted them though

They already deleted the pictures

Aren’t the pictures left the sponsored and ads pictures? They probably thought of the advertising fees and left them there

They already deleted them…….

If they delete their pictures after saying something like this publicly, I bet that they broke up because one side did wrong