I even double checked if this was a Chinese account

But Danielle is Korean-Australian

She has Korean citizenship but is calling Seollal “Chinese new year”…?? What the?

In a situation where China is insisting that the Korean Seollal is Chinese, she’s giving strength to the Chinese?

NewJeans’ over. I liked them because there were no Chinese member but there’s a pro-China

Yah ㅋㅋ if a singer from SM, JYP or YG did this, this issue would’ve been plastered all over the featured talks but this is getting hiddenㅋㅋ

Even if a Chinese member wrote that, they would’ve gotten so much hate but isn’t she Korean? (she has dual nationality with Australia) Is she crazy?

Their company did so much for their image making with the hanbok and hanji and the fans praised them so much for not having any Chinese or Japanese members so what is this?ㅋㅋㅋㅋ Stop shielding her saying how they say this a lot overseas. The other foreign members are all using the word “Lunar” just fine. Also, why should us Koreans be understanding of their position?ㅋㅋㅋ She’s coming to Korea, working for a Korean company and is earning Korean money 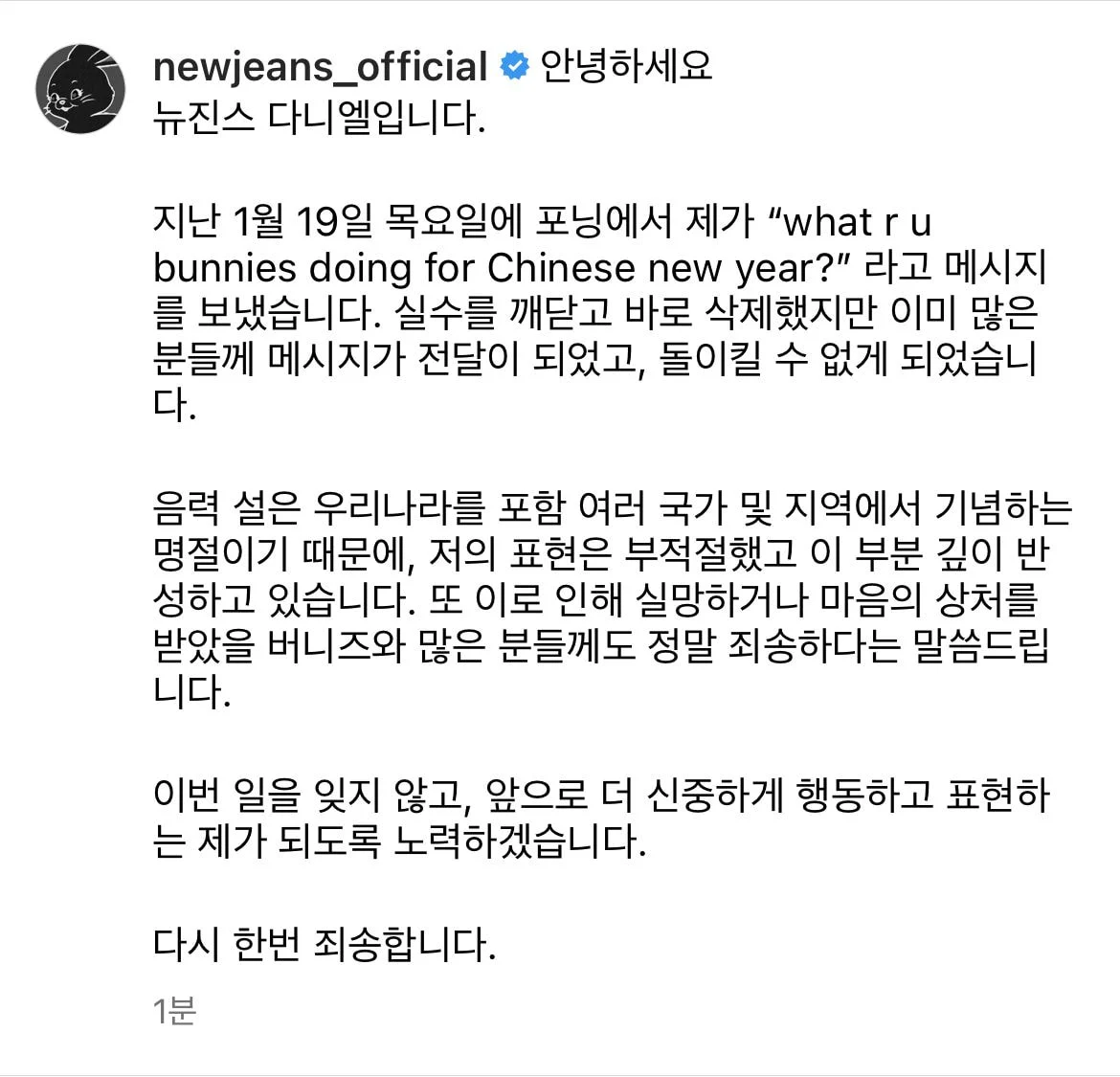 “Hello, this is NewJeans Danielle. Back on January 19th, I sent a message on Phoning saying ‘What r u bunnies doing for Chinese new year?’ I realized I made a mistake and deleted it immediately, however, many people already received the message which made it irreversible.

The lunar new year is a national holiday in many countries and regions including our country, so my expression was inappropriate and I deeply regret it. I also apologize to the bunnies who were hurt or disappointed because of this.

I will not forget this and I will try to be more cautious and thoughtful from now on.

I am once again sorry.”

1. As long as she’s careful in the future, it’s fine

2. If she apologized, that’s all to it… I hope she’s careful in the future

3. She apologized cleanly. It’s ok as long as she’s careful

4. What is happening again…

5. I’m also Korean and when I was young, I learned it as “Chinese new year” in English so I also made this mistake so I can understand her. She did well to apologize

6. She wrote such a good apology. I thought that they’d let it slide without apologizing

7. Chinese netizens are making a fuss asknig why she even had to apologize but they are the ones copying Seollal

8. She acknowledged the parts she made a mistake and apologized cleanly. Let’s be more careful in the future

9. She did well to apologize 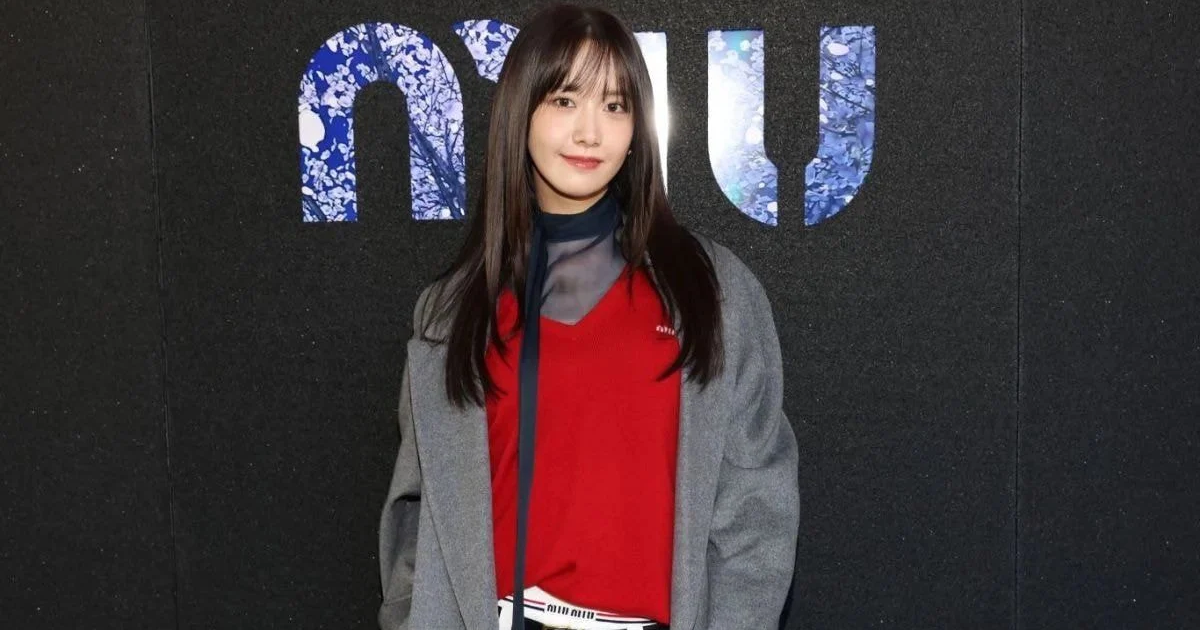