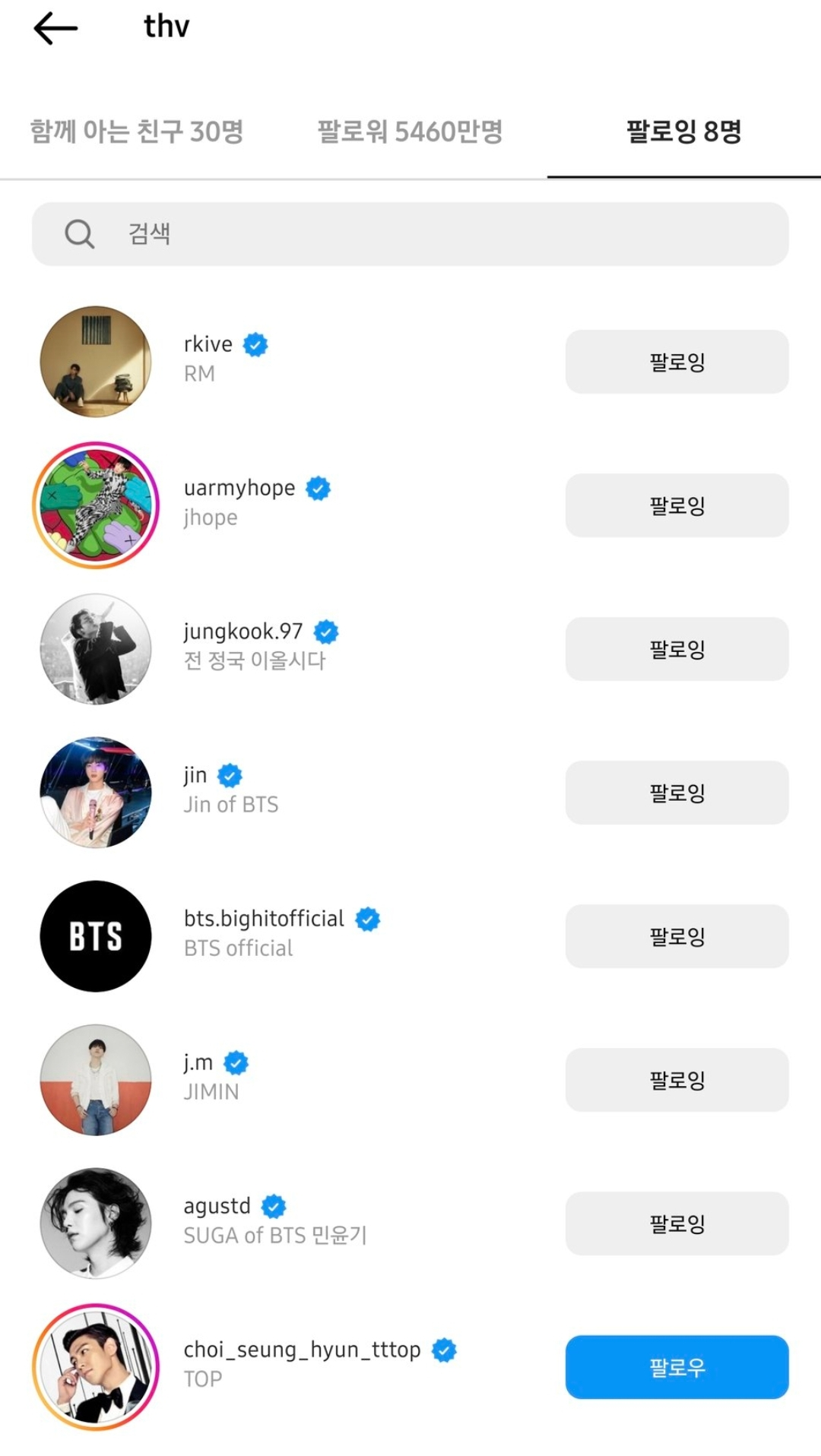 Looks like so many people likes V here, at this rate, you it’s not just liking but it’s love

Can you stop stalking V a bit?

It was an accidental follow and even the other members have followed people by accident in the post, nobody really remembers stuff like that, because it’s so trivial? But because you guys are always so loud about it, you make it impossible to forget. Why is following someone by accident such a big mistake? ㅎ And although this is a mistake, if you guys truly considered that them being ‘friends’ is problematic, while you’re at it, why don’t you also consider “the other” case problematic too? Because then, it’ll be considered a team kill right? Stop it already you guys are clearly akgaes

V and J-Hope released the MV the moment it came out on their IG and they both liked Taeyang’s post about Jimin’s collab and V only pressed follow the day after n the middle of the night by accident, he didn’t realize so he only clicked unfollow the next morning.

Why are the comments like that? Stop sounding insaneㅋㅋㅋ

Since he’s not good like the other members at singing, dancing and greeting people, he’s self aware and does what he’s only good at doing

You really can see no one but V huh

Yah, so many celebrities have followed people by accident on IG and even commoners have followed accounts by accident, this is just a common mistake people make. Meanwhile, you guys are still trying to create a bandwagon just because V follows people by accident. Aren’t you guys doing too much? He already cancelled his follow and that should be it. Please stop. Do you expect V to open a press conference to clarify himself? Do you want him to release an apology on Weverse and IG to clear this up? Until when are you going to nitpick on Vfollowing people by accident just to bash him?

Just don’t feed this, anyways people aren’t dumb and this isn’t even a big deal. Who cares? Just keep creating your fake controversies in the middle of the night. V knows how bad his antis are, he’ll just brush it off

You don’t care about who V follows, you just want to swear at him right? Seriously this wasn’t even a big dealㅋㅋ