Search
I thought that all of BP were dancing with their own vibe but what is this..?ㅋㅋㅋ

I’m not even surprised seeing them forgetting their dances anymore

Jennie was dancing and suddenly lost balance and fell down behind..

Aside from Lisa, I don’t even know what the rest are dancing..

I have a lot to say but won’t say it…

Even the foreign fans who usually shield everything are expressing their disappointment.

First of all, their choreographies are freaking bad. I just feel like they lost their passion for their main job because they’ve been playing around with celebrities

But seriously, I think that BP fans need to stop being ignorant and think about this. All these videos were uploaded by fans who paid to attend their concerts but who couldn’t hold it in anymore. I think they need to hear the bitter truth about their work

BP fans, please look at this objectively… don’t think that everything is just hate… do you really think that these gifs were made by antis with evil intentions?ㅋㅋㅋ even if you watched the full fancam without any edit, all their mistakes will pop outㅋㅋ please, accept the criticism as criticism

Honestly, it’s freaking funny how she fell back

For real, even if foreign fans think that this is forced hate, if you search BP on YouTube, the second related search is ‘concert mess’… The mistakes videos made by foreign fans have millions of views… they had a long hiatus but I think that it became a curse.. 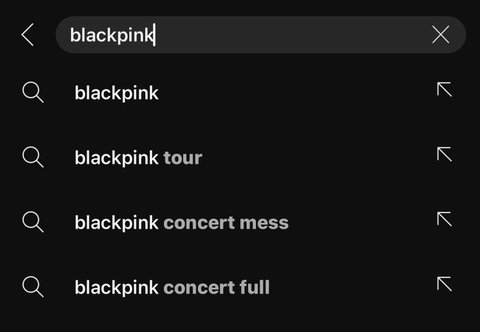 To be honest, for a group 7 years into their debut, they practiced way too sloppily for their concert;;