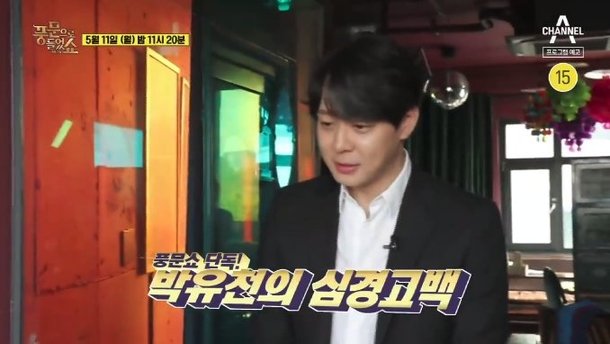 Article: Park Yoochun to confess feelings on the 11th ‘Rumor Has It’… tearful “I regret lying at my press conference”

9. [+9, -0] He’s a total ajusshi now. Maybe because the two TVXQ members now are living such kind lives but their shining aura can’t be beat. I don’t think anyone could’ve predicted that he would’ve ended up like this… you never know with life.

11. [+7, -0] ㅋㅋㅋ and the fact that ‘Rumor Has It’ is the show he chose to confess his feelings to just shows what a trashy show that is