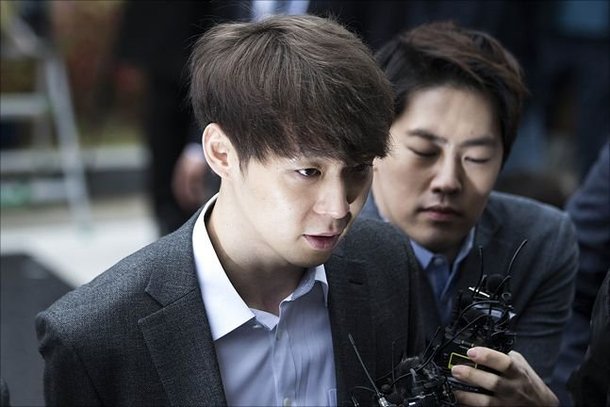 Article: Park Yoochun has becomed accustomed to lying, only he himself doesn’t realize it

1. [+852, -14] This is why education is important. It teaches you when to bow your head and helps you become self aware enough to know that you’re nothing but a humble person at the end of the day. Instead, he was led down the path of greed at a young age and never got a chance for a proper education. What could be scary to him in this world? I wish him a well life. And I’m not sure if there are fans still left but I wish him a happy life with the few he may have.

4. [+38, -5] Out of the five of TVXQ, only Yunho and Changmin are living exemplary lives. The three who left claiming slave contracts have all been embroiled in scandals. It makes you realize how hypocritical the three have been.

10. [+20, -0] He seems to think life is a big joke. Because of all the big scandals he dealt with early on in life, he doesn’t seem to be afraid of anything anymore.

13. [+14, -0] It’s because there are stil brainless idiots who are cheering this guy on. Imagine if no one supported him? How could he still be a celebrity? He keeps crawling back because of the idiots who support him. They’re actually worse than this piece of trash.