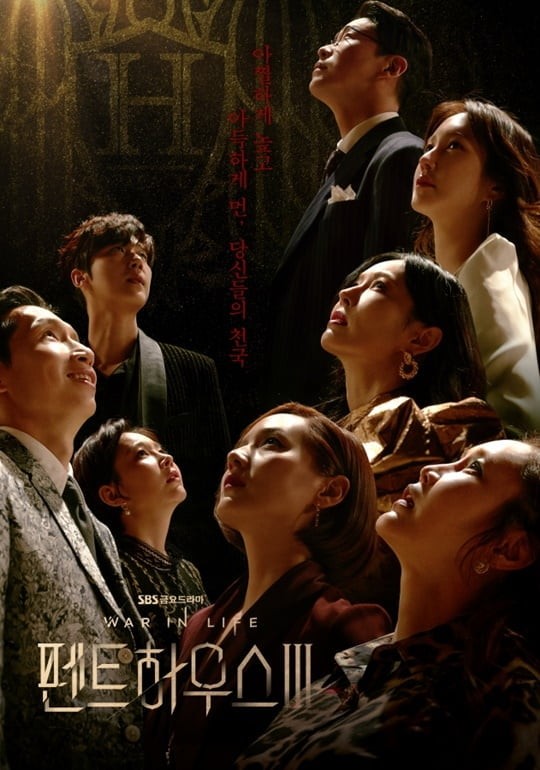 Article: ‘Penthouse’ scriptwriter Kim Soon Ok, “I agree and admit that the plot is lacking plausibility… I once received a gaming ad where characters are constantly revived”

2. [+109] ㅋㅋㅋㅋㅋㅋㅋㅋ Well the entire drama itself makes no sense so what’s so wrong with a few characters dying and coming back like zombies ㅋㅋ If we’re trying to be technical, where does a character like Joo Dan Tae exist in real life who talks like that? ㅋㅋㅋㅋㅋㅋㅋㅋㅋ All of these ridiculous plot points are only possible because it’s Kim Soon Ok writing them… just don’t watch if you don’t like it ㅋㅋㅋ However, the drama is no longer a thriller makjang but rather a comedy makjang now, but that just makes it more addictive to me.

3. [+129] She can’t just keep reviving all of them, though! They’re not zombies!!!!!!!!! This is my biggest gripe about Korean dramas. They all start out great and then viewers start swarming in, hyping it up, getting viewer ratings up, so producers stretch it to seasons 2 and 3 but the scriptwriters end up dragging it out and losing the point. Sometimes good stuff should just be left to one season.

5. [+17] I watched the first episode of season three and wondered how in the world she was going to take this plot anywhere with how crazy everything seemed

6. [+25] I don’t even know why people are so hung up on characters being revived when it was just one character. Min Seolah is still dead, Yoon Taejoo is still dead, Butler Yang is still dead, Na Aegyo is still dead (for now). It was only Bae Rona who suffered a head injury so it wasn’t completely outside of the realm of possibility for her to come back ㅎㅎ Sure, you can argue that the drama’s ridiculous if any of the previous four came back alive but that hasn’t been the case yet ㅋ