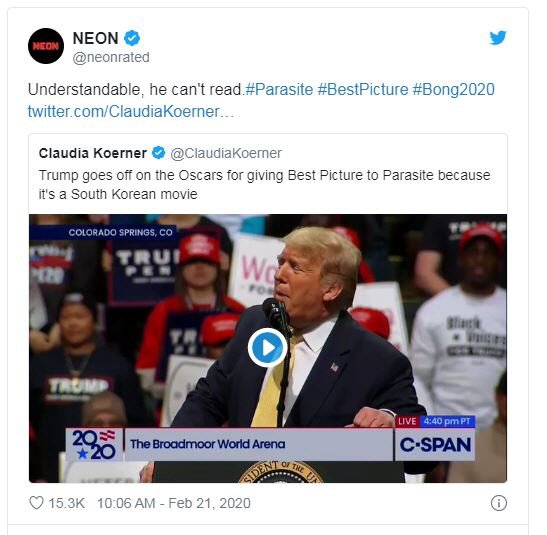 1. [+1,698, -36] America is such a cool country. Even a little distribution company can talk back to the president like that.

4. [+56, -5] Quite the refreshing statement by the distribution company ㅋㅋ

5. [+30, -2] It gives me goosebumps how a president can be so foolish with his statements. Americans must be cringing at having someone like him as their president.

6. [+26, -5] Such a pathetic act of jealousy that has no impact on anything whatsoever

8. [+14, -3] I know that not everyone can 100% love the movie ‘Parasite’ but it’s definitely not something that should be said by a president of another country

9. [+12, -2] Considering that he’s lived his entire life in the upper class, I can understand why he doesn’t understand the movie ㅋ I doubt he even watched it at all

6. [+68, -0] Still can’t believe that a white supremacist like him is the president of a country…