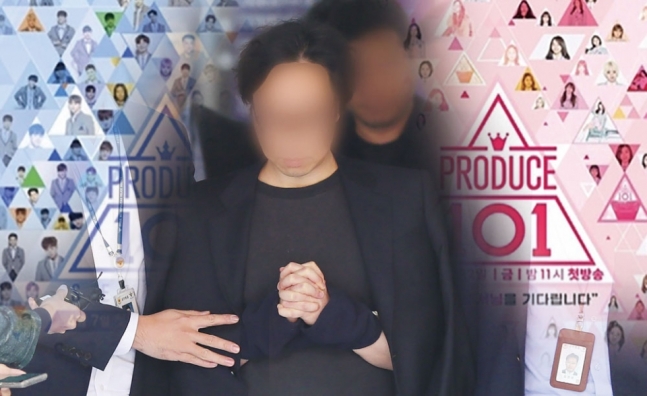 Article: ‘Produce 101’ producers give names of victims in rigging scandal

2. [+224, -13] The least they can do is make IZ*ONE compensate for Lee Gaeun and Han Chowon out of the money they’ve made. X1 wasn’t able to promote at all and they’re all the victims so.. I don’t think there’s much to say on that.

4. [+131, -2] So many people thought Kim Jonghyun was on the list but it was actually Kang Dongho

6. [+43, -1] I was picked to be in the audience for the last live recording. I liked all of NU’EST then.. and Kang Dongho was my first pick.. and I felt so bad coming back home after he was eliminated. I remember Hwang Minhyun was crying so hard that day too because his name was called. He couldn’t even hold his head up with how hard he was sobbing. My heart broke seeing the other NU’EST members just trying to smile it off.. Dongho.. sigh…

8. [+63, -25] Just release all of the names. We deserve to know as the voters. These agencies can claim that they didn’t know but they still benefitted from it and were paid. If you’re not going to release the names, give back all the profits you made from this group.

9. [+38, -0] I doubt the ‘Produce 101’ series is the only rigging CJ has done. From ‘Show Me the Money’ to ‘Superstar K’, think of how many shows we don’t know the truth about? I don’t believe for a second that something like this won’t happen again ㅋㅋㅋㅋㅋㅋ what’s the point in fighting so hard at the bottom for anything anymore?

1. [+953] I think both the kids who were eliminated and those who made it will live the rest of their lives with an unforgettable sense of shame…

4. [+173] Soohyun, Jinwoo, Geumdong ㅠ I really couldn’t believe it that Jinwoo was eliminated that episode. I still remember how hard he cried.

5. [+146] What’s most shocking to me is that Jonghyun’s name from season 2 isn’t on the list ㅋㅋㅋㅋㅋㅋㅋㅋ wow, unbelievable. How is his name not on there?