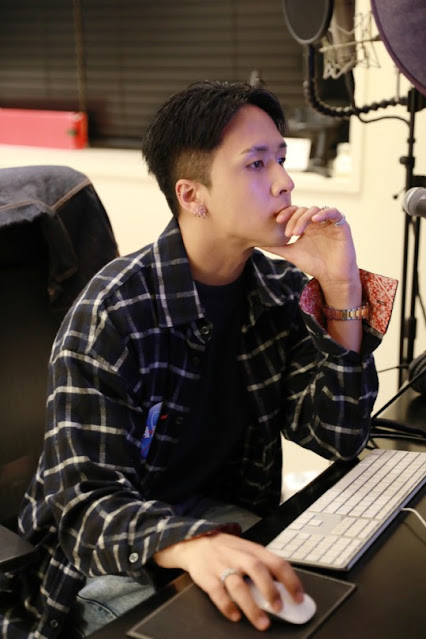 Article: Ravi apologizes for ‘Red Velvet’ lyrics… “I will take down the song”

1. [+971] He had to have apologized… the lyrics were being interpreted as s*xual harassment, and he put used a group that he’s not even friends with… jeez

2. [+771] Why are some people saying this is being blown out of proportion?? Ravi even said so in an interview before this controversy broke out that he “added Red Velvet components like ‘Dumb Dumb’ for fun” to the lyrics. He mentions ‘Dumb Dumb’, ‘Russian Roulette’, Yeri, Sooyoung.. it’s obvious that he’s talking about Red Velvet. How could all of this be a coincidence? He talks about Red Velvet’s ‘sweat’ – not sweet – and other lyrics that can be s*xual. And yet we’re the ones overreacting? ㅋㅋㅋ He’s lucky no one’s suing him. How can you feel bad for Ravi? ㅋㅋㅋ You couldn’t if you knew the detailed situation.

3. [+529] This is ridiculous ㅋㅋㅋ He wrote s*xual lyrics using the name of a specific group member and her song names and admitted to using this group “for fun” in his lyrics ㅋㅋ Ravi admitted to this and apologized so why are the rest of you making Red Velvet fans out to be triggered ragers? ㅋㅋㅋ How is what he did a good thing when he used a group’s name that he’s not friends with at all in such a manner? He should’ve been considerate enough to at least not make it so obvious as a fellow member of the same industry.

5. [+388] It’s hard to say that he didn’t know… since he uses Red Velvet’s song titles as well as a member’s real name; this must feel dirty for the members

6. [+139] I’m sure he was giggling and having fun while writing these lyrics without any thought or consideration to the members who have to be objectified because of him. Why would you take a girl group that has done nothing to you and write such lyrics about them?

8. [+82] No, but really, how can people feel sorry for Ravi? He used someone’s name without their consent in a humiliating way.

9. [+37] I feel bad for Ravi. Then I guess all the other singers who use celebrity names in their lyrics should take down their songs too. Why is Red Velvet’s fandom so cultish?

10. [+27] Even if he “didn’t know” while writing it, he should’ve caught it when he was reading it over after he was done ㅋㅋㅋ it’s not like he’s some child~

11. [+24] ㅋㅋㅋㅋㅋ It’s so obvious that the lyrics were written with the intention of s*xual harassment but of course men are in the comments like “how is this s*xual harassment” when even Ravi himself has admitted to it

12. [+22] Red Velvet crazies are slowly taking over the comments. Where was their cold judgment when Irene was under her character controversy? Why was that ‘just a mistake’ but this isn’t? Does your judgment only come out when you choose?~

1. [+951] He obtained no prior talk or consent and used Red Velvet’s song titles and member names to write lyrics s*xually comparing them to cake, and this is supposed to be freedom of expression? This is actually an example of rude s*xual harassment so please think before calling people sensitive.

3. [+616] This is s*xual harassment. He said so himself that he’s not close with them and purposely wrote his lyrics in such a manner. Think for a second if the person in the lyrics was yourself… anyone would feel bad.

4. [+209] Some of these comments… how can you look at a case of s*xual harassment and call it culture, I’m done

5. [+354] What’s up with some of these comments? Since when was it right to use a girl group’s name in s*xual lyrics? Now that he’s apologized, I wonder how people will react. Why is it always women who are ‘crazy’ when we speak out about these things?