Search
(T/N: we’re not super knowledgeable about Korean painters but the pieces that RM owns are from really renown Korean artists. We’ll leave a small intro about the artist and why they are seen as big figures for those who are interested (from Wiki unless specified). He’s also being commended for promoting Korean artists.) 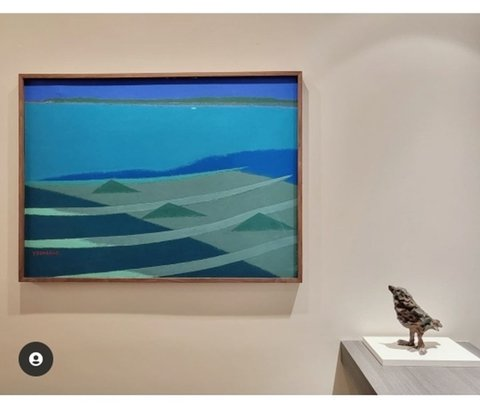 Artist Yoo Youngkuk (1916-2002) – Pioneer of Korean abstract art and Korean modern art in general. Interacting with avant-garde artists and participating actively in Jiyu-ten (Free artist’s exhibition) and other societies, YYK was at the mainstream of Japanese modern art movement. After the liberation of Korea, YYK led Korean abstract art as the founder of Neo Realism Group and Association of Modern Artists (AMA) along with Whanki Kim (see below), Lee Kyusang, Han Mook, Hwang Yumsu and Park Kosuk. Often he was admirably called as “the magician of colors” because of the bold usage of vibrant colors in his paintings.

The painting is from ‘Absoluteness and Freedom’ 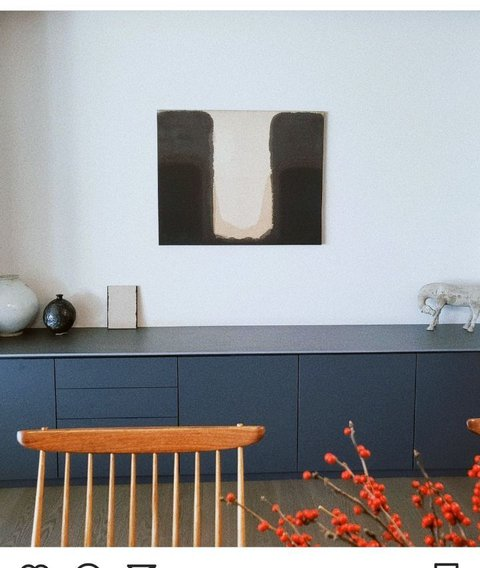 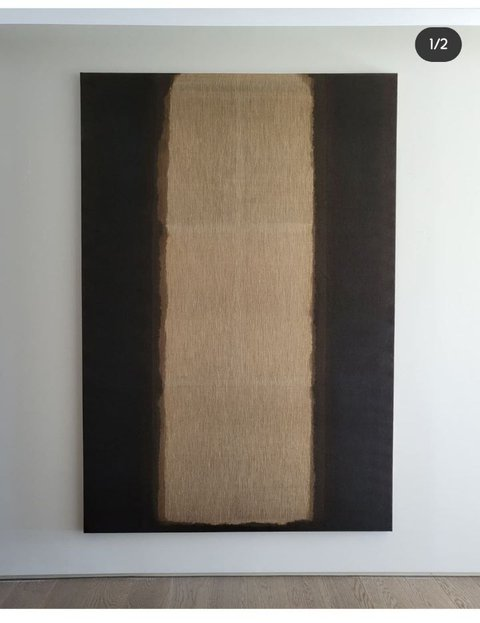 Artist Yun Hyong-keun (1928-2007) – Yun is associated with the “Dansaekhwa”/monochrome painting movement. Although Yun was a senior member of the Dansaekhwa group, his preference was not to categorize himself merely as a so-called ‘Dansaekhwa Artist.’ Undergoing such turbulence throughout his early life, Yun attached more importance to human beings, society and nature than art itself. Corresponding to his own words, “you can’t make art from theory. I truly believe that eternal and fragrant art can only come from a pure and innocent person,” Yun remained thoroughly faithful to a mode of living uniquely suited to his personal idiosyncrasies. 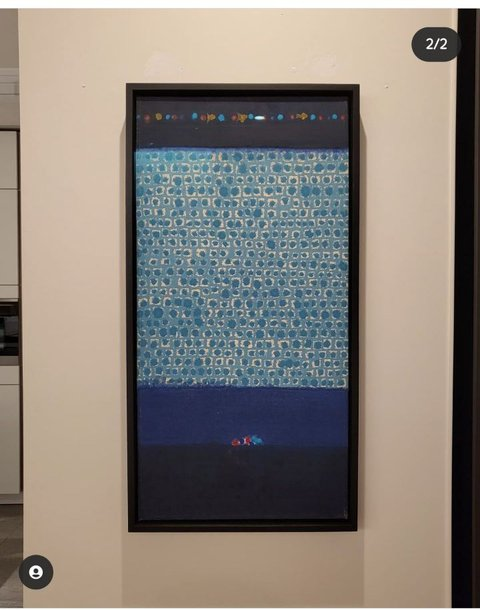 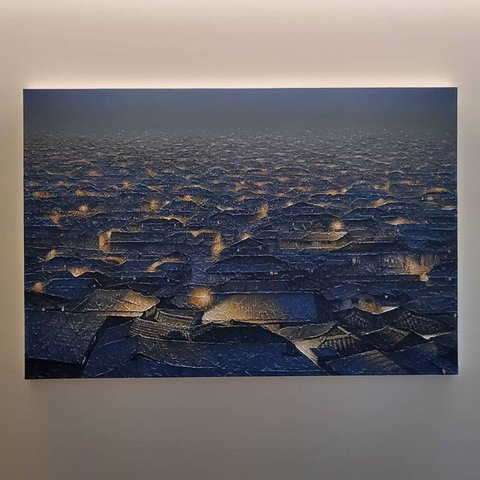 She’s an artist who is currently working, he must’ve bought her work at the KIAF SEOUL this year 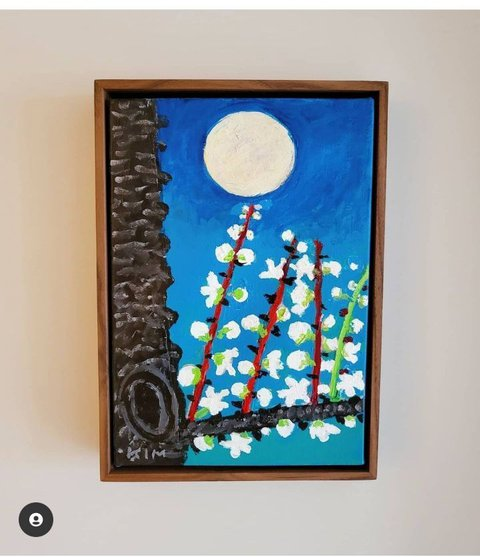 Artist Kim Chong-hak (1937~) – Kim Chong Hak is an eminent figure in contemporary Korean art. Widely known as the “Painter of Seorak”, Kim evokes Mount Seorak—the third-highest mountain in Korea, situated in the east of the country— on his canvases with motifs from nature, such as flowers, insects, and weeds. (CR: Perrotin) 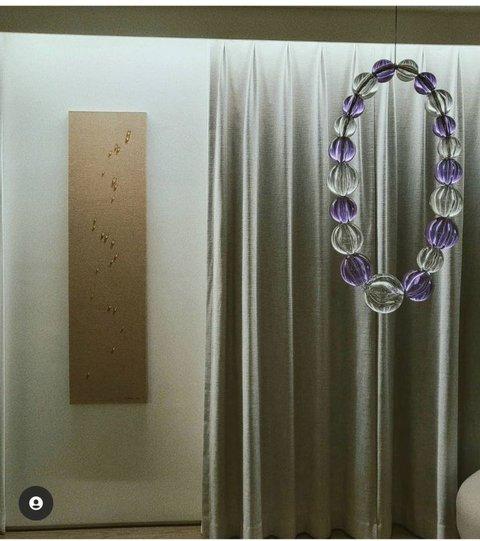 Artist Kim Tschang-yeul (1929~2021) the art on the left – Kim was a South Korean artist in France known for his abstract paintings of water droplets. In 1958, Kim formed the Modern Artists’ Association and joined the Art Informel movement, led by Whanki Kim (seen above), a pioneering abstract artist of Korea. He has been compared to Lee Ufan and Nam June Paik and described as a “towering figure of Korean modern art”. 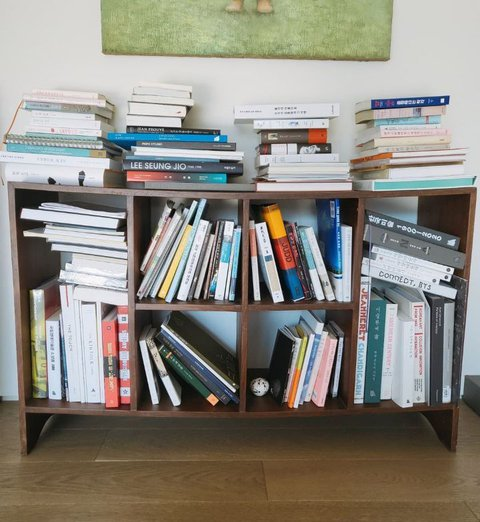 The bookshelf he shared recently
It’s a work of the Swiss architect Pierre Jeanneret (1896 – 1967)
It is said that the intention of his art is to make the bookshelf naturally bend under the weight of the book. 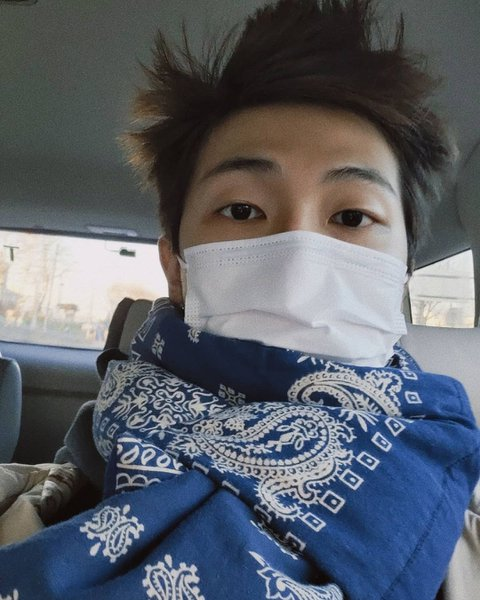 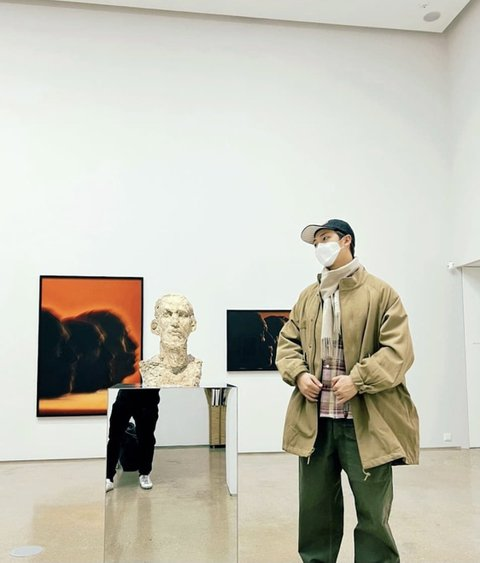 A lot of the artworks that RM owns that he shared on his Insta are from modern and present Korean artists.