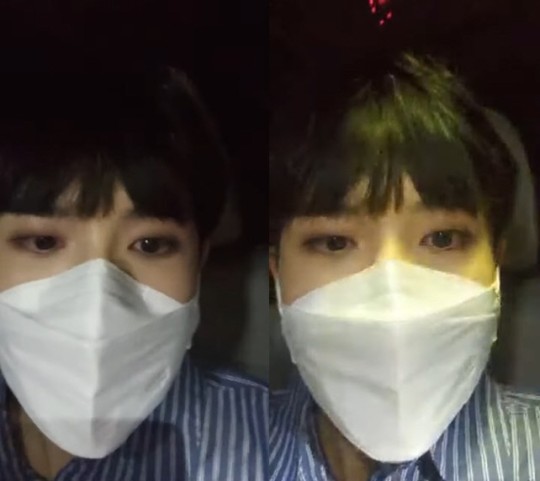 Comment: Ryeowook-ah.. do some dieting. Are you not able to manage your weight anymore because you’re in a relationship? Then why are you making money off of your fans… Just leave the group and go run the cafe with your girlfriend.. As a fan of 10 years, you’re really pathetic.

Ryeowook’s reply: So you think I’m pathetic. I think you’re pathetic, too. And you liked me for 10 years. That’s scary. During those 10 years, I don’t think it was me that you liked but the idea of liking someone. I genuinely hope you look back on yourself. And by the way, I didn’t make my money off of you. I made it by working hard. I put in the time and effort insurmountable to your imaginations to pave my own path. Don’t talk as if you know. And don’t live your life by hurting others. That’s such a waste of energy. And don’t love anyone, too. Live alone forever. Don’t hurt anyone.

4. [+90] Our oppa has done nothing wrong. It’s the haters who pretend to be fans by leaving comments like this who are doing the wrong.

5. [+277] A lot of people are taking issue with the fact that he said his money is not made from his fans but fans like these idols because they work hard and put in the effort… I don’t think he was wrong to say that. And let’s be real, a fan who leaves a comment like this is not a real fan. I think he handled the comment the right way.

6. [+70] Who cares if he’s managing his weight or not? Just because you’re a fan doesn’t mean you get to tell him to do whatever you say like he’s some puppet.

7. [+80] If she’s truly been a fan of 10 years, then she should already know how tough Ryeowook’s been on managing his weight since debut. And yes, he does make his money thanks to his fans, but it also takes a lot of effort and time on his part, too. I can see that fans might feel left out if he thinks that it was his effort alone that allowed him to make that money but what kind of fan would enjoy an idol who doesn’t work hard too? He works hard and fans get to enjoy that hard work and spend their money on it. I think Ryeowook said the right thing and handled the comment well.

8. [+36] Yes, he does make money because of his fans, but would those fans still be there if Ryeowook never put in the blood, sweat, and tears? Shouldn’t Ryeowook’s hard work come first? It’s because of his hard work that we all love and support him…