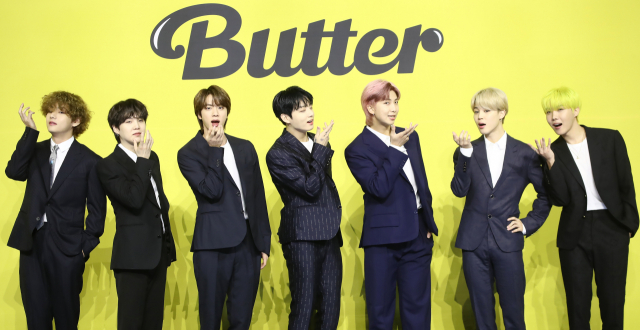 Article: Samsung employee’s jealous rage over news of BTS buying luxury apartment “I worked harder in life, did they even go to college?”

Upon hearing news of BTS’ RM and Jimin buying a luxury apartment in all cash, a netizen posted on the app ‘Blind’ saying, “I’m going to go crazy after seeing that BTS bought a house. Honestly, they only got popular because they got lucky. Haven’t I worked harder in life? Did they ever take the college entrance exam? Did they ever attend four years of college? Did they ever have to take an aptitude test? I work so hard, force myself to do work that I don’t want to do, and still struggle to buy a house. These guys did whatever they wanted to before getting lucky and hitting it big. This honestly makes me so angry.”

Considering that ‘Blind’ requires its users to provide proof of employment, it is highly likely that the netizen is a Samsung SDI employee.

People commented on the post, “You couldn’t say this if you knew any of the hard work that BTS put in to reach this point”, “Hyung, what’s wrong with you?”, “It’s harder to make money doing what you love”, “How did you get into Samsung with a brain like that?”, “No matter how much hard work BTS put in, you have to admit that the income disparity is too big”, and “I don’t feel like working either when I see news like this”.

1. [+328, -22] This person doesn’t seem to understand that success and achievements sometimes don’t have anything to do with each other. And please know that BTS had a long period of being nobodies before they reached the success of this level.

2. [+174, -2] He does not deserve to live in a capitalist world. He’s an old fart who’s still stuck in the Chosun mentality where caste systems mattered.

3. [+164, -22] If anything, BTS probably put in a hundred thousand times more effort than you. If you’re so confident that you’re more talented than them, then quit your job and go try to hit #1 on the billboard. How’d you even get into college with a brain like that and not only graduate but get into Samsung too?

4. [+140, -7] Why not hate on Ryu Hyun Jin too? He didn’t go to college or study… his success is all owed to being athletic? Sometimes what you see isn’t all there is to people.

6. [+44, -1] There is something called talent which is something that you can never buy with money or achieve with hard work. Anyway, I’m surprised an idiot like him even got into Samsung.

7. [+42, -0] The chances of becoming a successful singer like BTS or IU is 1,000 times harder than getting into Seoul University or Samsung.

8. [+32, -1] This guy is also totally ignoring the influence that the entertainment industry brings to elevating Korean brands worldwide. One Samsung employee is replaceable but can you think of any BTS member who can be replaced? Hard work is important but you can’t ignore raw talent. Do you really think talent of this level can be discovered by just sitting at a desk and studying all your life?

9. [+29, -0] How did this guy survive all the other news of celebrities buying up land and buildings

10. [+29, -3] Just like how your achievements cannot be a base for your happiness, it also cannot be a base for your income. As a Samsung employee, are you willing to share your income with someone who studied harder than you in school but is currently unemployed? How do you not see that the world is changing? To most young people, your job at Samsung is something harder to land than picking a star out of the sky. All jealousy does is tear up your future.