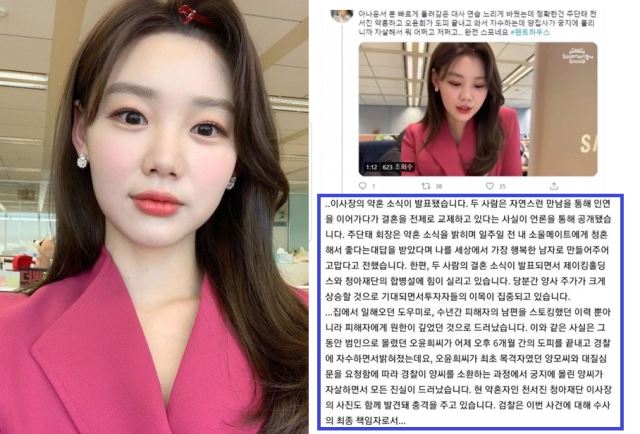 2. [+2,129, -51] I think SBS is going to penalize her…? This isn’t some drama with low viewer ratings, it’s a drama that’s getting viewer ratings in the 20% and she spoiled a big portion of it. That’s gotta be a big hit on income for the company (a 15 second ad costs hundreds of thousands, millions are moving per episode). I wouldn’t be surprised if she even gets terminated.

7. [+182, -3] So many people came together to create this drama and now all of that is shattered because of one person…

2. [+924, -14] She debuted as SBS’ youngest announcer in history and then turned around to put down other co-stars on her SNS. I thought she was immature then but she doesn’t fail to disappoint even today with all the scandals she causes ㅋㅋㅋㅋㅋㅋㅋ

5. [+88, -0] Season 2 hasn’t even begun yet and yet she spoiled the whole thing anyway? Does she not realize that the whole cast might have to change the plot and refilm the whole thing now? The cost and expenses of filming even one scene? The amount of people who have to suffer to make it all happen? She should get sued and be forced to pay for the damages, and finally retire her career.