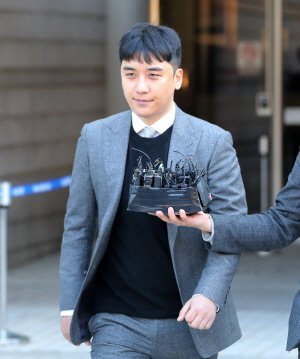 1. [+592, -6] Seungri above the law;;; he’s got enough money for the rest of his life, I’m sure he feels on top of the world right now. Can’t believe the army, which is a source of chains for most youth, is now a place of escape for bugs like him.

2. [+513, -3] Judging by his connections, he’s going to be promoted straight to sergeant rank the minute he enlists