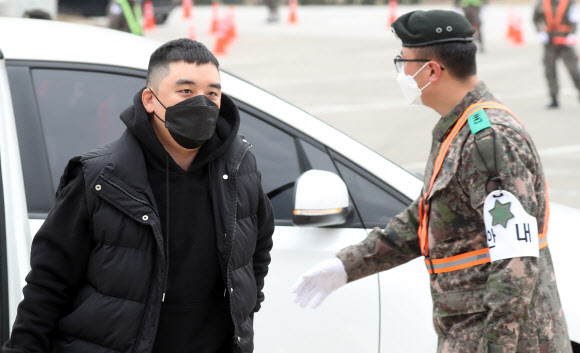 1. [+210, -3] Prostitution, pimping, drugs, bribery, hiring gangsters to assault people… if this was America, he’d be sentenced to 220 years ㅡㅡ to death if this was China ㅡㅡ Thanks to our country’s useless police and judges, he still gets to live a free life

2. [+43, -0] Ah.. so disgusting that he was acting so full of himself on TV while doing nothing but rock bottom things like this. Who cares if you’re rich when you’re rock bottom? He can gamble and sleep with women all he wants, it’ll never fill the void in his life. You’re just wasting your years until you die at this point… Wake up. How are you not embarrassed? He’s so hopeless.

5. [+3, -0] He needs to serve in the army again. How can he be receiving proper training when he’s always in trial?

7. [+2, -0] I remember there was a story on ‘Brave Journalists’ where they talked about celebrities who got into a fight and one side brought in gangster members… looks like it was him…! For such a young guy, he’s done every dirty, pathetic, stupid deed under the sun…

8. [+2, -0] How in the world have we not thrown him in jail yet? All these useless judges and policemen are all the same.

6. [+82] Really proud of Taeyang and Daesung for overcoming all these urges of crime and working hard on their own thing