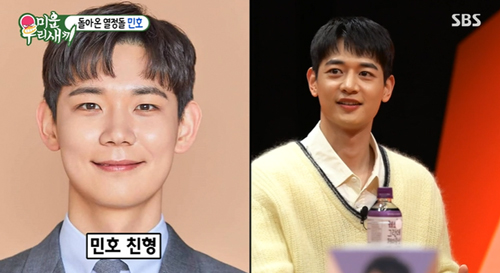 Article: SHINee Minho’s older brother was the source of ‘envy’ due to his face + specs

1. [+1,115] Minho’s pretty famous for getting into Konkuk University on his own merit, no..? And that was during when he was promoting ‘Ring Ding Dong’ ㅋㅋ this family’s genes were just made to be successful

2. [+437] Seems like Minho doesn’t know that his own looks are unrivaled

4. [+215] It’s so difficult to look good in those ID pictures so he must be no joke in real life too ㅜㅠㅠ he kind of looks like Minho, kind of doesn’t.. he’s handsome in a completely different way

6. [+29] I flipped through the pictures thinking just how handsome could he be and whoa

8. [+10] My high school teacher used to teach at the school that Minho and his hyung attended and they said that while Minho may be the celebrity, his hyung is more handsome and gets better grades..