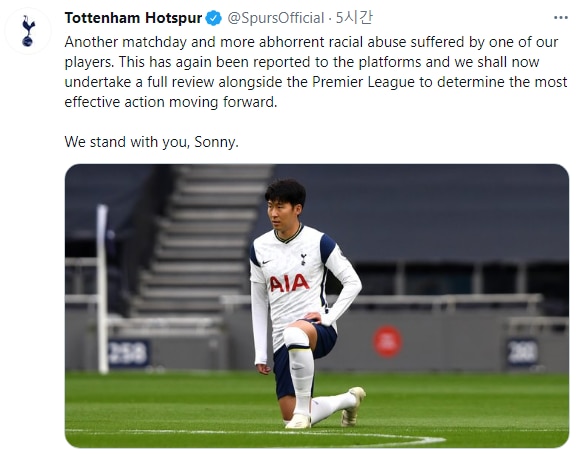 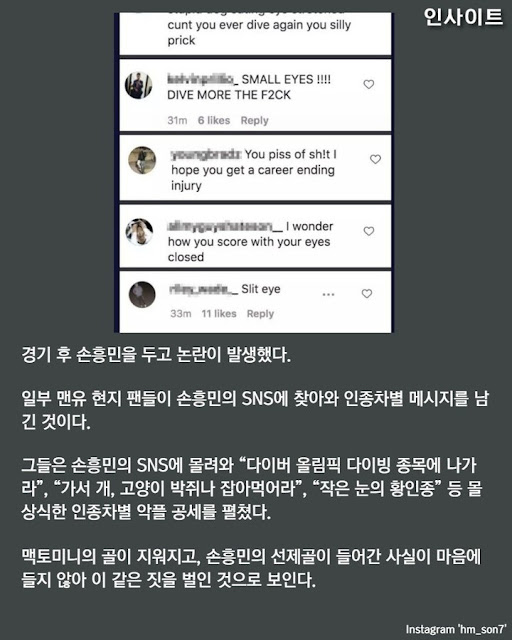 1. [+769] That’s rich coming from the same people who force feed birds to make them gain weight and eat their livers..

2. [+550] They’re only like this because he’s so good. If he wasn’t, no one would care about him ㅋㅋㅋㅋㅋㅋ world class Son

3. [+183] Looks like Son Heung Min is doing quite well after all ㅎㅎ even better than a westerner

4. [+96] I think hate commenters all over the world live such fervent lives… ㅎㅎ

6. [+65] Do these people never have anything to say other than stuff about dog meat? ㅋㅋㅋㅋㅋ I think westerners talk about dog meat a hundred times more than we ever do ㅋㅋ if you think about it, they’re more obsessed with dog meat than we are ㅋㅋ