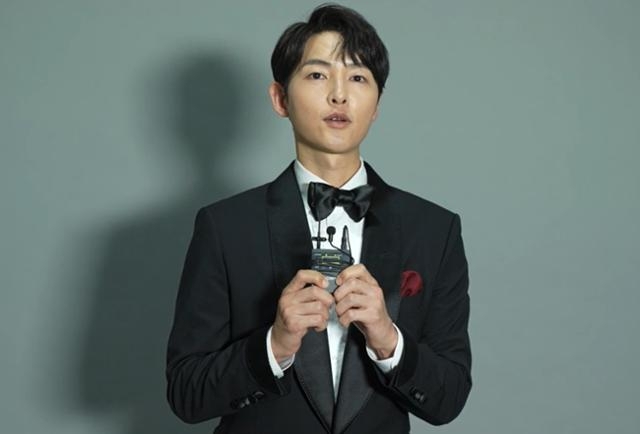 A volunteer of the organization KIADA (Korea International Accessible Dance Festival) revealed, “It’s an international event but not well known to the public, and we don’t get many advertisement opportunities either since it’s not a commercial event. Due to the pandemic, advertising had gotten even more difficult. And yet a miracle occurred. I went through some difficulties to obtain Song Joong Ki’s e-mail after hearing that he was in quarantine in July. I asked him to record a 30 second video on his cellphone while he was staying home. He then asked me for 6 years worth of our event materials and then I didn’t hear back from him for a while. A month later, he sent a video. We were all so touched. We couldn’t pay him anything and just asked for a cellphone recording and he still spent his own time and money to get it done for us.”

2. [+915, -9] As expected of Song Joong Ki!!! He always makes sure to kneel and get on eye level when he’s interacting with children. I became a fan when he greeted my niece the same way.

3. [+722, -13] News like this is mostly boring and simple that most people look over so I think it’s commendable that the journalist also decided to write about it to warm the hearts of people during these difficult times

5. [+127, -0] Kyah, he’s honestly an A list… and no one would’ve been wiser if he had just ignored her e-mail… so it’s amazing that he took it up. He gets paid millions for just one CF but he still went out of his way to shoot a 30 second video for the organization. What a donation of his own talents♡

7. [+106, -0] He didn’t just record a simple clip. He asked for 6 months worth of their files so that he could look it over and see what he needed to do. What a genuinely thoughtful thing to do.. such a great guy.