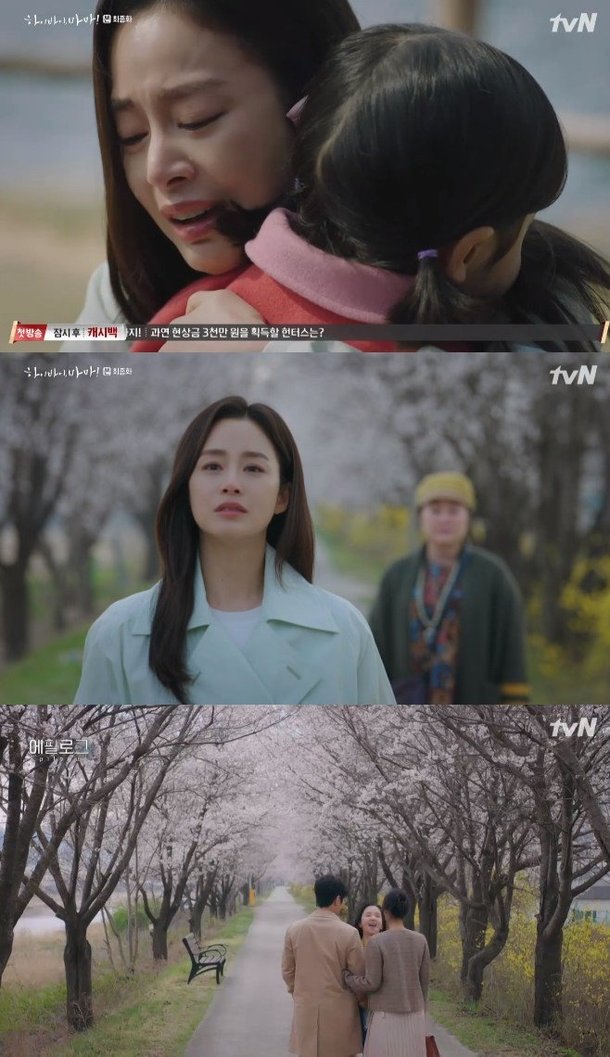 1. [+857, -18] One line review: The drama’s plot got lost in the mountains but Kim Tae Hee made a successful return to the small screen

2. [+671, -18] What happened to the scriptwriter’s writing skills from ‘Confession Couple’? How can you ruin Kim Tae Hee’s comeback drama like this? How is this the best you can write with Lee Kyu Hyung? I thought we skipped episodes for the sake of a stronger plot, so why were episodes canceled then? I still had hope ㅜㅜ… I still believed in the ‘Confession Couple’ scriptwriterㅜㅜㅜ… I tried to keep my faith despite all the unbelievable things going on in the drama!!!!!! And yet… this ending? ㅋㅋㅋ What a joke. I will never watch another drama by you again ^^!

3. [+595, -10] The scriptwriter needs to seriously consider quitting her job. How can a plot be this plotless?

4. [+74, -0] I wonder if the scriptwriter will ever land another drama again? This was probably the worst drama for her ㅋㅋㅋ Amazing how she stood by Seo Woo for 5 years and yet didn’t know about her strawberry allergies ㅋ Oh Min Jung didn’t seem to care an ounce about Seo Woo in the beginning but suddenly transformed into a good mother by the middle ㅋㅋ Seo Woo had developmental delays but suddenly got better by the end ㅋㅋㅋㅋㅋㅋㅋㅋ

5. [+65, -1] Is the scriptwriter reading the comments? ㅋㅋㅋㅋ There’s always one downvote to all the negative comments

6. [+53, -3] At this rate, it’s easier to believe that the scriptwriter never turned in a final episode script so the cast just filmed everything spontaneously ㅋㅋㅋㅋㅋㅋㅋㅋㅋㅋㅋㅋㅋㅋㅋㅋㅋㅋㅋㅋㅋㅋ

7. [+50, -1] In the beginning, Jo Kwang Hwa didn’t even celebrate Seo Woo’s birthday because it was Yuri’s death anniversary… and yet she sent her off this easily..? Poor Yuri’s family..

8. [+48, -0] I think once viewers started complaining about improbable circumstances in the middle of the drama, the sciprtwriter got pissed and started writing the rest as “then get a load of this”. How can you even get an ending like this? ㅋㅋㅋㅋㅋㅋㅋ Even a choding could write better than this.

10. [+46, -0] It was basically an hour of “I’m going to leave for heaven”, “Is there no other way?”, “Sob sob” before a sudden “bye bye” at the end ㅋㅋㅋㅋㅋㅋㅋㅋㅋㅋㅋㅋㅋ ^^ I feel bad for the actors. It’s unbelievable to me that this is the same scriptwriter as ‘Confession Couple’… If you’re going to make a mess of the plot, at least let Cha Yuri live then, tsk tsk.